Neil Wilkof Thursday, November 19, 2020 - cannabis, conceptual comparison, EUIPO, event, online evidence
Kats come back, even if not on the very next day. This time it is former Guest Kat Antonella Gentile, who has kindly provided IPKat with a report of the recent EUIPO gathering 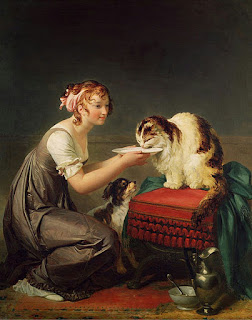 This blogger recently had the opportunity to attend the EUIPO Tertulia on trademark case law. Given the current situation, this Tertulia was held online. After an introduction by Mr Théophile Margellos, president of the Boards of Appeal, the Tertulia began with a presentation by Ms Kamar Sidat Humphreys regarding trademarks containing names of drugs and terms referring to strains/variants of cannabis plants.

This was followed by a presentation by Mr José Antonio Garrido Otaola on the conceptual comparison and its impact in the global assessment of the likelihood of confusion. The event closed with a presentation by Ms Janka Budovičová on substantial aspects of online evidence.

After setting out the different meanings for “cannabis”, Ms. Sidat Humphreys talked us through several decisions regarding trademarks containing cannabis or its variants. She moved on to the decision T-234/06 CANNABIS, where the General Court of the European Union (GC) confirmed the Board of Appeal decision invalidating the trademark CANNABIS for beers and alcoholic beverages under article 7(1)(c). It reasoned that cannabis is one of the ingredients that may be used as a flavouring in the manufacture of beer and alcoholic beverages.

Decision R 1881/2015-1, KB Kritikal Bilbo was then considered. In this case, the trademark, being a variety of the cannabis plant, was rejected under articles 7(1) (c), (f) and (2) EUTMR as the goods are in the nature of, or intended for, marijuana smokers. She proceeded to Decision R 2333/2017-1, CHEESE, where the invalidation was based on article 7(1)(c) EUTMR, reasoning that because the term is known amongst manufacturers, retailers and consumers in the industry for a variety of cannabis seeds (see IPKat report, here) and Decision R 1610/2018-2, where” Know your cannabis” was refused under articles 7(1)(b) and 7(2) EUTMR for being a slogan.

In the decision in T-683/18, Cannabis Store Amsterdam, the GC notably found the trademark to be contrary to public policy because the public will perceive it as an indication that food, drinks and related services contain narcotic substances, illegal in many Member States. The GC underscored that the assessment is to be based on the standard of a reasonable person with average sensitivity and tolerance threshold. Moreover, the shape of the cannabis leaf is often used as the media symbol for marijuana and Amsterdam is known for its coffee shops, see here.

Ms. Sidat Humphreys concluded by making two further points. First, article 7(1)(f) can be invoked in ex parte cases if the trademark refers to the narcotic. Second, when article 7(1)(f) is applied, it is necessary to take into account persons with average sensitivity and tolerance threshold whose perception may be based on an inaccurate understanding from a scientific or technical point of view, this rather than on the public contemplated under article 7(1)(b) or (c). She noted generally the absence of harmonisation in cannabis legislation among Member States.

Mr. Garrido Otaola kicked off his presentation recalling that the concept conveyed by a sign is one of the three factors by which a sign must be examined to determine its degree of similarity. He framed the presentation by pointing out the three possible scenarios in the conceptual comparison of signs: (i) both signs have a meaning; (ii) only one sign has a meaning; and (iii) neither of the signs has a meaning.

If only one of the signs has a meaning, then there are two possible outcomes: First, a comparison is possible, whereby the trademarks can either 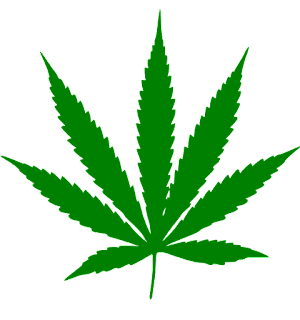 Mr. Garrido Otaola then considered how this analysis impacts on the global assessment of the likelihood of confusion. If the conceptual comparison is aligned with the visual and/or aural comparison, then the similarities are reinforced. If the signs are substantially similar to an average/high degree on the basis of a comparison of meaning, but are visually and aurally dissimilar, the distinctive character of the earlier trademark is taken into consideration to assess the likelihood of confusion, here.

If the signs are visually similar but conceptually dissimilar, they tend to cancel each other out (they "neutralize" each other), supporting the conclusion that there is no likelihood of confusion. In this regard, Mr. Garrido Otaola underscored a prerequisite for neutralisation-- at least one of the marks must have a clear and specific meaning. He further noted that if the element with a clear meaning is weak, neutralisation is less likely, while if one of the signs is the name of a famous person, neutralization is likely.

Ms. Budovičová analysed the recommendations regarding an electronic database, in particular, that electronic database evidence should consist of the extract of the official database of one of the Member State’s Intellectual Property Office or an extract from an official database maintained by EU institutions and bodies or by international organisations. An extract from TMview also may be accepted. If the extract does not contain all the necessary information, it should be supplemented by other relevant documents from an official source.

Regarding website archives, a printout retrieved from a website archive may be considered a reliable type of online evidence, here. It is recommended corroborating the printout with other evidence from alternative sources. When it comes to editable websites, Ms. Budovičová observed that the mere fact that users have the possibility to add new entries should not call into question the reliability of the information, here. However, such content may be considered as lacking certainty, here. 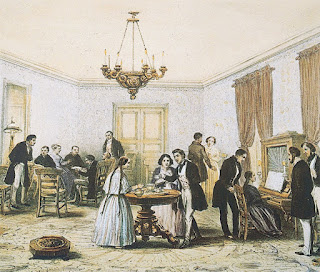 For website analytics it is recommended to present a full website analytics report, the minimal standard being the date range, the number of users, their territorial/geographical location, the average session duration, and bounce rate. Hyperlinks and URL addresses are not considered as sufficient evidence and they should be supplemented by additional evidence. Further, when a hyperlink or URL address is submitted, a printout or a screenshot of the relevant information therein should also be provided.

Ms. Budovičová concluded her presentation by noting that for apps, it is recommended to extract the relevant information from the website version. If a website version is not available, a screenshot from a mobile device can be used as evidence. The date when the screenshot was taken, or the date of publication of the relevant content, should be displayed.

As in the past, this event was most useful for understanding the development of European trademark case law from both a theoretical and practical perspective.

Picture on upper right is in the public domain and the artwork is by Marguerite Gérard.

Picture on left is by Oren neu dag and is licensed under the Creative Commons Attribution-Share Alike 3.0 Unported license.

Picture on lower right is in the public domain and the artwork is by Claudio Gay.

Reviewed by Neil Wilkof on Thursday, November 19, 2020 Rating: 5
The IPKat licenses the use of its blog posts under a Creative Commons Attribution-Non Commercial Licence.