Here's a decision that came out last week while the IPKat was in mid-air (or mid jetlag): Tercica Inc v Avecia Ltd and others, a ruling of Mr Justice Mann sitting in the Patents Court on Friday 20 May. The action concerned two applications for summary judgment in linked proceedings. In the first, Tercica -- a licensee under a Genentech mammal growth patent -- was suing Avecia and Insmed for infringement; in the second, Avecia and Insmed sought revocation of that patent. The patent had a Swiss claim, its essential inventive content being not so much the invention of a new drug as the use to which an existing drug is put. 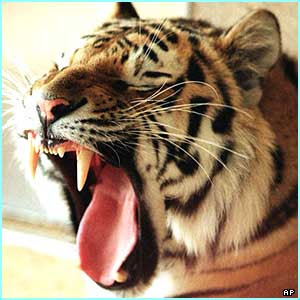 The IPKat tries out a mammal growth hormone

"What I was asked to consider (among other things) was a concept which Jacob J has called he "artificial construct of a Swiss form claim" (see Merck & Co Inc's Patents [2003] FSR 498 at para 80), and in particular what is meant by "new use" where part of that new use involves a particular method of administration, and the interface with the method of treatment point. One of the questions which might arise is: just how far can the artificiality be pushed before reality forces its way in? These are not subjects which are particularly happily determined on applications for summary judgment, even when those applications are argued as well and as fully as the one before me was".

The IPKat thinks this is surely right. Swiss claims are notoriously difficult to litigate, since issues of novelty and obviousness lie at their very heart.

More on Swiss claims here, here and here
NO SUMMARY JUDGMENT IN SWISS CLAIM CASE Reviewed by Jeremy on Tuesday, May 24, 2005 Rating: 5
The IPKat licenses the use of its blog posts under a Creative Commons Attribution-Non Commercial Licence.