Annsley Merelle Ward Tuesday, November 29, 2016 - AIPPI, AIPPI Congress 2016, AmeriKat, competition issues, competition law, patent law., pharma, pharma inquiry
If you are like the AmeriKat and are thinking back to simpler times, really any time before November, then you are in for a treat. Although this year's AIPPI Congress has come and gone, it is not forgotten.  In the fifth of the reports from the festivities in Milan this September, Daniel Lim (A&O) reports on the competition panel during the annual Pharma Day - a full day of panel sessions dealing with the complex IP, regulatory, competition and public health issues facing the life sciences industry.  Daniel reports:


"The last (but not least) session on day 4 was entitled “Antitrust and Pharma – seeking a balance”.  The obvious tension between the policy justification behind patents as a monopoly right and the public interest in competition in the market has always required a careful balance between those competing interests.  However, recently that balance in Europe has shifted, with the European Commission and UK CMA imposing huge fines on originators and generics alike for abusive conduct.  The AstraZeneca (Commission decision here, General Court decision here and appeal decision from the CJEU here), Servier and Lundbeck cases and UK GSK case have made the industry sit up and take note, and have arguably been the main factor in the near halving of patent settlements in 2014 compared to previous years.  Italy has been particularly active in pursuing pharmaceutical companies over alleged anticompetitive behaviour.    A useful background on some of the recent cases and interests at play is available on the European Commission’s website here.

The two pay for delay scenarios put forward were: 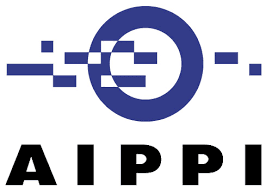 Professor Carrier stressed that the heart of the issue with such deals from a competition perspective is that the payment in such circumstances gives the originator a period of exclusivity that the strength of the patent protection would not otherwise confer.

Accordingly, the earliness of the generic entry before patent expiry (or, viewed in another way, the delay in generic entry from the time they would otherwise launch) and the amount of the settlement payment are key factors in the competition analysis.  He noted that in a situation where there is no payment, this will likely be unproblematic, as the settlement could be seen to be premised on the parties’ assessment of the strength of the patent; the problem only arises where the additional exclusivity granted to the originator out of settlement (through delay of generic entry) is considered to be predicated on the payment, not the patent.

Commissioner Muscolo arguably went even further, saying that, as a matter of principle, any delay of generic entry may attract scrutiny irrespective of whether a transfer of value has taken place, and that the nature of the value transfer (whether monetary or in the form of a licence or other benefit) may not be critical.

It was agreed that a key factor in the analysis would be whether the payment amount bore closer relation to the costs of the case or the value of the market for the product.  The former may be ok but the latter may be problematic.  The question posed by Duncan of how this analysis takes into account costs across multiple jurisdictions remained open.

The panel gave three examples of non-cash value transfers:
Professor Carrier introduced each of these examples, noting that licences come in all shapes and sizes, and that similar factors as discussed in relation to pay for delay would be influential – i.e. is there delay in generic entry, and is the exclusivity the originator obtains derived from the settlement or the patent right?

As for territorial arrangements, Professor Carrier noted this was the offending conduct in the Servier case, where the generics were offered 7 markets in the EU in exchange for not launching in the rest of the EU.

Okumura-san offered a very interesting industry perspective in this regard, noting the typical complexity of such settlement agreements and that in his experience generic companies are often very creative in settlement negotiations and often come up with quite unique and unusual strategies for settlement, which rarely fall into just one category of what could be considered to be a value transfer by a competition authority.  Such novel and complex settlement arrangements encompassing different categories may prove challenging to analyse for antitrust issues.

Broadly speaking, the panel identified a number of circumstances in which they perceived that conduct permissible under the patent law system could fall foul of competition authorities (either by itself or as part of a broader strategy deemed to be anticompetitive):
Each of these scenarios represent conduct which could be perceived by a competition authority to demonstrate a complex strategy aimed at impeding the entry of generic drugs in the market, and an abuse of a dominant position in the market which violates competition law.  Commissioner Muscolo gave the Italian Pfizer/Ratiopharm case (where SPCs were obtained and sought to be enforced on the basis of a divisional of the key patent) as an example of this (link to Commissioner Muscolo’s handout distributed at the session here and original Italian Antitrust Authority decision here, for any Italian speaking kats).

The tension between the perceptions of competition authorities and originators was put in sharp relief from a comment from the crowd by Bryan Zielinski, Vice President, Patents at Pfizer, who noted that from Pfizer’s perspective all they had sought to do in that case was to correct an oversight of the company they had acquired, which patent law allowed them to do.

Okumura-san countered that he did not like the term “secondary patent” as it had negative connotations.  He stressed that all inventions build on the work of the past and are based on other inventions and the state of the art.  From his perspective so-called “secondary patents” are no less inventions in their own right (if valid) and represent useful and important improvements as well, which should be incentivised and must be enforceable.

Last but not least Professor Carrier described a possible type of regulatory misuse of power termed “product hopping” – i.e. a practice whereby the originator product is pulled from the market, or switched in favour of a newer (patent protected) product, in order to block generic entry.  He drew a distinction between “hard switching” where the original product and MA would be withdrawn altogether, and “soft switching” in which the original product would remain on the market, but promotional efforts would be diverted to the new product.  He noted that a hard switch would be more likely to be anticompetitive, as would a switch closer in time to likely generic entry.

Okumura-san considered such product line changes to be a business decision.  He gave an example of a blockbuster originally sold to the elderly as a capsule, which was later changed to a new formulation with improved disintegration to aid in swallowing (a tangible benefit and improved product).  It had been earlier noted that there would be no consumer harm if the switch was truly to make an improvement, but the question of what the position would be if such a switch were deliberately timed to impede generic entry was left open.

The key concerns emerging from the intersection between pharma and antirust at the front of mind of each of the panellists were clear from their closing remarks:

In this author’s personal view, although the panel did a fine job of outlining and explaining the key scenarios and behaviours which may give rise to antitrust issues, greater emphasis seemed to be placed on the competition policy considerations of each, and little time was devoted to counterarguments from the patent law perspective (particularly when considering patent term extensions, secondary patents and other “product lifecycle management” strategies employed by companies).  Whilst entirely understandable given the competition lawyer heavy composition of the panel, it would have been instructive to have more of a balance of views and consideration of the opposing patent law public policy concerns/real world impact of the activity found to violate competition law.

Competition arguments have long been in play in the telecommunications field and particularly in respect of standard essential patents.  It is clear that their impact on pharmaceutical patent cases will only continue to grow.  It will be up to courts and legislators to find the right balance between the competing and equally crucial policy interests of public healthcare, incentive for pharmaceutical innovation and fair competition in the cases to come.  Whether the Italian decisions are looked back on as an aberration and the high water mark of antitrust overreach, or ground-breaking decisions heralding the dawning of a brave new world of pharmaceutical patent enforcement, only time will tell."

Reviewed by Annsley Merelle Ward on Tuesday, November 29, 2016 Rating: 5
The IPKat licenses the use of its blog posts under a Creative Commons Attribution-Non Commercial Licence.