InternKats: Sophie Corke, Magdaleen Jooste, and Anastasiia Kyrylenko.
Home bayer monsanto merger inernal versus exernal innovation Neil Wilkof / Will too much of one and not enough of the other spell bad news for innovation?

Will too much of one and not enough of the other spell bad news for innovation?

There are two approaches for a company to carry out R&D and innovation. Either the company focuses its activities internally (in an exaggerated sense—adopting a “non-invented here” approach), or it engages independent third parties to carry out the work. This is not to say that companies act in a binary fashion, adopting exclusively one approach or the other, but one or the other will likely be the tendency. Taking into consideration two fundamental developments in the world of hi-tech and R&D, how these alternative approaches play out may become increasingly important for 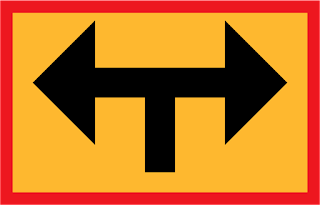 innovation. The first is the increasing size of companies, especially in the tech space (think Apple or Google), and the concomitant concentration of a small number of dominant companies in many tech sectors. The second is the decline in the formation and staying power of startup companies. The two of them are giving to rise to concern about where future R&D and innovation will be taking place.

As the September 17, 2016, survey published in The Economist, “The rise of the superstars”, points out--

“Silicon Valley is a very different place from what it was in the 1990s. Back then it was seen as the breeding ground of a new kind of capitalism—open-ended and freewheeling—and a new kind of business organisation—small, nimble and fluid. Companies popped up to solve specific problems and then disappeared. Nomadic professionals hopped from one company to another, knowing that their value lay in their skills rather than their willingness to wear the company collar. Today the valley has been thoroughly corporatised: a handful of winner-takes-most companies have taken over the world’s most vibrant innovation centre, while the region’s (admittedly numerous) startups compete to provide the big league with services or, if they are lucky, with their next acquisition.”

As a result, these companies have passed on at least some of their R&D and innovation to third party start ups. Thus--

“….[C]corporations are, in effect, outsourcing some of their tech R&D to the startup world. This is true not only of non-tech companies that do not understand the tech world but also of big tech companies that do some of their R&D in-house but leave some of it to the market to get the best of both worlds. Big companies have much to gain from contracting out their R&D to startups. They can make lots of different bets without involving their corporate bureaucracies. But startups also have a lot to gain by selling themselves to an established company that can provide stability, reliability and predictability, all of which can be hard to come by in the tech world.”

This “symbiotic relationship” might not be a source of concern with respect to R&D and innovation save for the fact that, as the article points out, studies are showing that startup activity has declined to a level not seen since the 1970’s, with more startups dying than are being created. Unless one assumes that this quantitative decline has no relationship with a decline in the aggregate availability of potential valuable technology, this current state of affairs suggests that there simply may be less innovative activity taking place at the startup level. 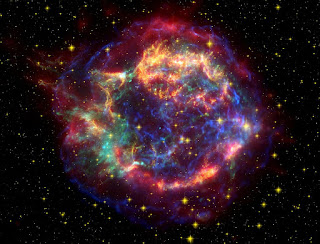 What is more certain is that these hi-tech superstars are accumulating more and more cash in their coffers, and they are using these sums to acquire startups and their technology, but from a diminishing pool of startups. It is no wonder, therefore, that the dream of (nearly) every startup is to be the object of a successful exit. Both sides would appear to win: the startup cashes out, enriching its investors, owners and at least some of its employees, while the superstar has acquired potentially valuable technology and manpower.

But there may be a broader societal loss lurking behind this seeming win-win situation. After all, unless the superstars are in parallel increasing the scope of their own internal innovation research, the upshot would seem to be that, as the number of startups decline, sooner or later there will be less aggregative R&D and innovation taking place. This Kat does not underestimate the ability of these superstars to adapt themselves to changing circumstances. But moving from an (at least) partial reliance on startups to internally-based R&D and innovation may be a bridge too far for some, especially if the corporate culture has moved on from an obsession with innovation to an obsession with market dominance.

One need only think of the recent announcement made in September 2016 by Bayer to acquire Monsanto, seeking to join an agro-tech giant with a company rooted in excellence in chemical products. Given the already small number of dominant companies in each of these industries even before the merger, concerns about the anti-competitive effect of the proposed acquisition were immediately raised. In response, the two companies pointed to the enhanced ability of both to do more and better innovation (creating "an innovation machine", in the reported words of the CEO of Monsanto). Not a few figurative brows were furrowed upon hearing this. But if R&D and innovation becomes more and more an internal, rather than an external activity, the ability of superstars to carry out an increasing share of their innovative research will be crucial not only for the companies but for the economic well-being of society more generally.

Will too much of one and not enough of the other spell bad news for innovation?

Reviewed by Neil Wilkof on Sunday, November 06, 2016 Rating: 5
The IPKat licenses the use of its blog posts under a Creative Commons Attribution-Non Commercial Licence.