Tian Lu Wednesday, November 23, 2016 - EU-China IP forum, IP in a digital environment., specialist IP courts
In this post, we conclude our report on the EU-China IP Forum held on November 8th. Part 1 can be found here. 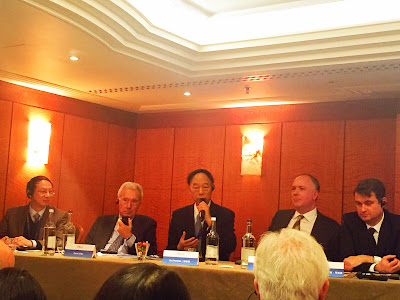 His Honour Judge Hacon talked on the Intellectual Property and Enterprise Court (IPEC), during which he not only explained how IPEC works, but also what parties’ expectations should be from the court. In this regard, thanks to presentations by Prof. Liu Chuntian (Dean of the IP Academy, Renmin University of China or RUC) and Prof. Feng Xiaoqing (China University of Political Science and Law), the audience at the IP Forum learnt that IPEC shared many of the same objectives of the specialist IP courts in China even though the structure and operation of the Chinese courts differed significantly from the UK approach.

In addition, Prof. Liu Chuntian explained the necessity of establishing specialist IP courts: “diversity” is the key feature of China (This InternKat still often recalls Prof. Manuel Desantes’s view on China: “China is not a country, it is a continent”), which involves diverse life-styles, legal cultures and judicial practices. Though each Chinese local area may have different situations, the IP rules that need to be complied with should be the same. Therefore, in order to unify the standards and improve the enforcement quality of IP, we established specialist IP courts. Further, speaking of “what kind of specialist IP courts should be established?”, Prof. Liu stressed the importance of establishing a unified IP appellate court in China.

This panel on specialist IP courts also saw some optimism from Pierre Veron (member of the Drafting Committee of the Rules of Procedure of the Unified Patent Court and now a member of the group of experts advising the Preparatory Committee of the UPC), who expressed the view that even without UK participation post-Brexit, the other participating Member States of the EU would press ahead with the UPC project in the long term and would seek to ensure that the UPC will be a success.

Moderator Prof. Manuel Desantes (University of Alicante) opened the last Panel and led the audience into a “complete different dimension of IP”: not only talking about creativity, but also innovation.

Prof. Guido Westkamp (Centre for Commercial Law Studies, CCLS) firstly talked about the notion of “communication to the public” in the broader context of the European digital single market. Then he linked it to several quite interesting and partially revolutionary judicial interpretations in the Court of Justice in relation to copyright issues, including SCF v. Del Corso, BestWater (Order) and of course GSM v Samona (2016).

Prof. Guo He (Deputy Dean IP Academy, RUC) spoke on The Influence on Computer Program Copyright Protection in the Cloud. He said, given the features of cloud technology, copyright law had been unable to provide the perfect protection of the computer program in the cloud. Amongst the possible solutions, namely (1) to expel computer programs from the list of works and legislation in sui generis; (2) to add the right of program execution in copyright law; (3) to stipulate rights and obligations in contracts, he suggested that at the present stage, more attention should be paid to solution no. (3) – to realize the interests of right owners through contract, as the major changes in the system must be accompanied by high costs.

Prof. David Musker (CCLS) spoke on the heated 3D Printing topic and touched on several questions which this InternKat had asked many times privately too: “(3D Printing) – are the rights right?” “Is 3D printing really important?”. The “cheaper for short runs” nature of 3D Printing could benefit certain groups, for instance, sculptors and bespoke/custom product makers; meanwhile, it may harm products that were vulnerable to 3D printer piracy, such as Lego™ and licensed figures e.g. Batman™. There might be space for new markets that draw on advantages and avoid disadvantages, yet before that, the position of the person who supplies the 3D printer files needed clarification. In the end, Prof. Musker suggested that “sooner rather than later, we look at providing solutions that before the problems swamp the market.”

Prof. Wang Qian (East China University of Political Science and Law) talked about a “very strange topic” – the ongoing attempts at introducing “notice and takedown” into the Chinese Patent Law. Specifically, the attempt referred to in Article 63.2 of the draft amendment of the Patent Law, which Prof. Wang suggested to be better designed in order to strike a proper balance between the promotion of e-commerce and the protection of patents; or to be deleted, so the patent owners can still have chance to apply in court for a preliminary injunction. 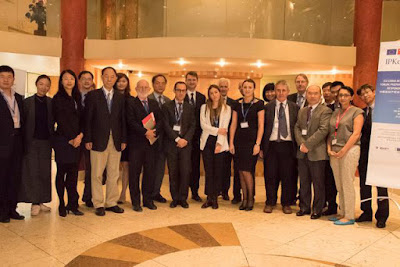 Prof. Manuel closed the last panel with high praise of the bilateral cooperation, together with thanks to all the distinguished speakers. Ms. Jaspal Channa from IP Key thanked everybody who had made the Forum happen, especially to the RUC for hosting the 1st EU-China Forum in China, and this time QMUL as the main host. She also reiterated the IP Key story, which this InternKat repeats for the benefit of readers who are not familiar with the project:

“IP Key is an EU-funded project with the EUIPO. What IP Key focuses on is providing support to EU-China IP dialogues and to the creation of a fair and transparent competitive IP environment. So what we do is acting as a bridge between the EU and China to create a landscape that benefits both the EU and Chinese industry operating in China.”

The Forum indeed was very well-organized, up-to-date and inspirational, both academically and socially. This InternKat very much looks forward to their upcoming IP events in the future, and would like to end this report with a self-created and pertinent slogan -- where there is a will, there is a (IP) key.

Reviewed by Tian Lu on Wednesday, November 23, 2016 Rating: 5
The IPKat licenses the use of its blog posts under a Creative Commons Attribution-Non Commercial Licence.