When the Rolling Stones visited 2120 South Michigan Avenue in Chicago

This Kat feels sorry for all those music kittens who are simply too young to have experienced the formative years of contemporary music, being the 1950’s and 1960’s. 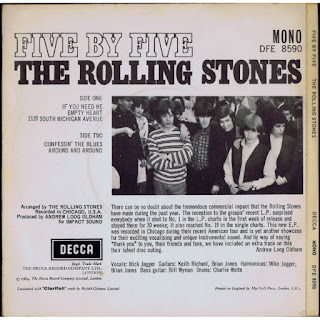 (Any Kat skeptics are invited to visit the Rock & Roll Hall of Fame in Cleveland, Ohio, and he or she will quickly come away convinced.) While the music from this period endures, much of the historical back-story to its creation and commercialization has been forgotten. One such tale is the Rolling Stones instrumental composition "2120 South Michigan Avenue", recorded for their second EP, “Five by Five”. The title of the piece refers to the address in Chicago of the recording studios of Chess Records, where the five songs for this EP were recorded in June 1964. Keep in mind--these sessions took place in connection with the group’s first tour of the United States, a year before “(I Can’t Get No) Satisfaction” was released. What was Chess Records, and why did it draw the likes of the Rolling Stones to its music studio, removed from the glitter of downtown Chicago?

Chess Records was the main musical vehicle of Leonard and Phil Chess, two Polish-born brothers. Established in 1950 (they had previously been engaged in their father’s liquor business before trying their hand at operating jazz nightclubs serving the black community in the sprawling South Side of Chicago), the Chess brothers made the fateful decision to move away from black pop and jazz music in favor of blues music. They succeeded to such an extent that Chess Records became, during the 1950’s and 1960’s, the leading label for blues music. Indeed, the studio was described as a “monopoly” for anyone in that genre who wanted to record, do a music session, or release his or her musical work.

Blues music has been characterized as—

Chess Records both culled the best of blues performers already in the American North as well as seeking out performers still located in the ancestral home for blues music, the deep American South.

What followed was a torrent of recordings by Chess Records by many of the leading blues performers. It began with legendary Muddy Waters, perhaps the great of them all, and included such other musical giants as Howlin’ Wolf, Bo Diddley, Willie Dixon, Buddy Guy, Chuck Berry and Etta James. (Kat readers who are not familiar with these performers are urged to do a bit of searching online for available recordings.) In any event, the line between blues and related forms of modern music began to disappear, with some of those who entered Chess studios later emerging as rock and roll performers and the like. Indeed, it has been observed that— “

[m]any songs created by Chess artists were later reproduced by many famous Rock n’ Roll bands such as The Beatles, The Rolling Stones, The Beach Boys and Eric Clapton. Some of the core riffs … created by Bo Diddley, Willie Dixon, Chuck Berry, Howlin’ Wolf, Muddy Waters, Buddy Guy and others were the basis for a wide amount of Rock n’ Roll.” 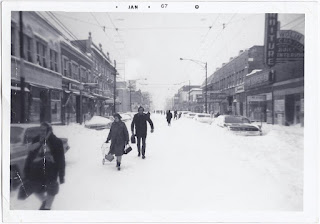 Lest we forget, however, while music is about artistic creation, Chess Records, like any record company, was ultimately a business and the Chess brothers were as tough as they come. Gene Santoro, in his positive review of a an account of Chess Records (“Spinning Blues into Gold”, by Nadine Cohodas, 2000), calls the author to task for describing the Chess brothers merely as ''frugal. “As Santoro observes, the evidence is abundant that the two brothers (not unlike others in the industry at that time, it would seem) were characterized by their “notorious unwillingness to part with money”, unless they were the recipients.

“They bought new Cadillacs and rented apartments and paid lawyers' fees for their artists, but almost never handed out royalty statements. … [M]ost of the business was in the brothers' heads, so there is frequently no way to verify Chess Records' numbers and transactions…” and the book's epilogue, “‘Lawsuits and Legacies,’ narrates the numerous financial and copyright clashes [Phil] Chess had with its musicians following Leonard's death.”

The recording business was, and presumably remains, a nasty business, often walking a fine line between paternalism and crass exploitation.

Circling back to the “2120 South Michigan Avenue” musical sessions, the fleeting convergence of the Rolling Stones and Chess Records, brought together by a mutual love of blues music and the centrality of the Chess Records in the world of blues music, has been described thusly:

“In the early 60s many blues fans, and the Stones themselves, considered the Chess studios as the home of the blues. Muddy Waters (who according to legend helped the band unpack when they arrived), Howlin' Wolf, Chuck Berry and a whole host of blues musicians and singers recorded for the label. On their first US tour the Stones were keen to visit and record there and, although Chess didn't let out their studios to non label artists in those days, manager Andrew Loog Oldham managed to blag a session for the band in the summer of 1964.”

But if the Chess Sessions marked the highlight of the blues period for The Rolling Stones, it also seems to have been the precursor for the group becoming the iconic bad boys of rock and roll music. This is so because, it is said,

“By the end of these sessions Keith Richards and Mick Jagger had started writing their own material and Keith had come up with the Satisfaction riff - he actually woke up in the middle of the night with it in his head and, before he forgot it, quickly got it down on tape.”

The time of the visit by the Rolling Stones turned out to be at the zenith for Chess Records. Leonard Chess died in 1969 and the remnants of the company were sold in 1975. The Chess master recordings were purchased by MCA records, which, it would seem, later became part Geffen Records, an imprint of Universal Music.

The Rolling Stones never returned to the Chess studios. That said, it has been claimed that “The Stones brought rhythm 'n' blues to a mass white audience - not only in the US but in the world. No mean achievement.” To the credit of both The Rolling Stones and Chess Records, this Kat might add.

When the Rolling Stones visited 2120 South Michigan Avenue in Chicago

Reviewed by Neil Wilkof on Tuesday, November 29, 2016 Rating: 5
The IPKat licenses the use of its blog posts under a Creative Commons Attribution-Non Commercial Licence.