European Commission on Biotech Directive: tomatoes about to be squashed? 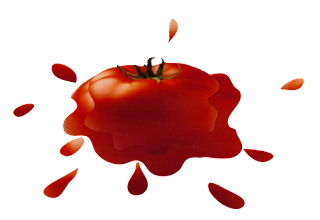 Ursula Kinkeldey opened the day with reference to the bombshell that is the European Commission’s note on certain articles on Directive 98/44/EC (known to friends and family as the Biotech Directive) adopted on 3 November 2016. By way of background, shortly after its introduction, the Biotech Directive’s content had been implemented verbatim into the Implementing Regulations to the European Patent Convention, according to Dr Kinkeldey because the (second draft of…) the Biotech Directive was substantially guided by the EPO Boards of Appeal case law. Under Article 164(1) EPC the Implementing Regulations are an integral part of the Convention and, hence, are equally binding to the Boards of Appeal of the EPO (Article 23(3) EPC) and to national courts.

In combined cases G 2/12 and G 2/13 (“Tomato II” and “Broccoli II”), the Enlarged Board of Appeal had concluded – taking into account the legislative history of Article 53(b) and Rule 27(b) EPC as well as of Article 4 of Directive 98/44/EC – that Article 53(b) EPC did not preclude the grant of patents on products derived from using essentially biological processes, even if the process used to obtain the product (i.e. selecting and crossing the plants) is essentially biological and thus not patentable (see IPKat post). While one could have come to a different result, the decision is “well-reasoned” (Kinkeldey) and provides legal certainty.

Except that legal certainty just evaporated, because the European Commission, in its interpretative note on the Biotech Directive comes to the conclusion:

The Commission takes the view that the EU legislator's intention when adopting Directive 98/44/EC was to exclude from patentability products (plants/animals and plant/animal parts) that are obtained by means of essentially biological processes.

The Commission argues that the EPO was not bound to take the legislative history of the Biotech Directive into account and thus came to a different conclusion (but it did take it into account…). While admitting that the final wording of the Biotech Directive does not contain a provision on the patentability of products obtained through essentially biological processes, according to the Commission, “having regard to the preparatory work related to the Directive, as summarised above, certain provisions of the Directive are only consistent if plants/animals obtained by essentially biological processes are understood as being excluded from its scope”, referring to Articles 3(2), 4(1) and 4(3) of the Biotech Directive. 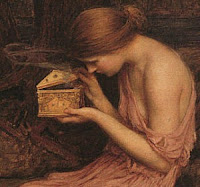 In the meanwhile, the national courts tasked with the enforcement of European patents are in the unenviable position that they have to decide whether to follow the Enlarged Board of Appeal or the Commission’s interpretative note. Patent proprietors best start biting their nails.
European Commission on Biotech Directive: tomatoes about to be squashed?

Reviewed by Mark Schweizer on Friday, November 11, 2016 Rating: 5
The IPKat licenses the use of its blog posts under a Creative Commons Attribution-Non Commercial Licence.