Never Too Late: If you missed the IPKat last week! 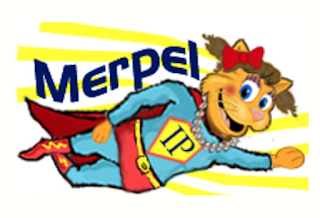 * Time for a Haar-cut - please do not relocate the Boards of Appeal of the European Patent Office
IPKat’s good friend (nothing more) Merpel McKitten cast doubts on the idea to relocate the EPO’s Boards of Appeal to Haar (a municipality on the outskirts of Munich). The official justification for the move seems unconvincing -- not only to Merpel, but also to some BoA members and patent attorneys. Will the relocation truly cause a sequence of “catastrophic effects”, or is the feline simply worried too much? Check out the article and the lengthy yet very readable thread of comments, and afterwards, maybe share your own view?

* Remember the House Ban? How two years flies past
Last week, Merpel also reviewed the long, and still ongoing,  “House Ban” in the EPO 2 years ago -- the continued suspension of a BoA member for allegedly disseminating critical opinions about the BoA and for alleged defamation of a member of EPO senior management. This InternKat found Merpel's words to the points, genuine and courageous. Thank you Merpel.

* Gilead triumphant as Court of Appealupholds Arnold J in Idenix's Sovaldi appeal
The AmeriKat, who had been preoccupied of late with a treasure trove of litigation fun, summarised the “need-to-know” about the latest Gilead triumph in appeal. Later, ever-productive Annsley wrote a follow-up post Entitlement to priority: Does Gilead confirm that it is a matterof substance over form? which concerned the consequences of the Gilead decision, and is worth reading for her further insights.

* BREAKING: CJEU follows AG and holds French law on out-of-print books contrary to EU law
“Is a national law that provides ab initio that a collecting society -- rather than the author of a work -- has the right to authorise the reproduction and communication to the public of such work compatible with EU law?” -- see Eleonora Rosati’s view on the important case Soulier and Doke, C-301/15. Later, she provided a more detailed follow-up analysis: The CJEU decision in Soulier: what does it mean for laws other than the French one on out-of-print books?

* Again on the first post-GS Media national decision
Last month a Swedish court was likely the first in Europe to apply the principles that the CJEU set in its landmark decision in GS Media, C-160/15. Eleonora Rosati discussed it in this post. Now, Katfriends Nedim Malovic and Patricia Haddad (Sandart & Partners, Stockholm) also took a look at the decision and shared their opinions with Eleonora.

* Top 5 things IP lawyers must remember about English contract law
Kat friend Jason Rix (Allen & Overy) set out some key principles that IP lawyers might find handy when drafting or reading IP related contracts. “Be the Kat who got the cream”, he heartily wished, “do not let your contract becomes a dog’s dinner instead”.

* Last but not least, the weekly routines: Monday Miscellany and Around the IP Blogs: Round-up for the latest IP happenings including events, book release and highlighted blog posts.

Never Too Late 122 [week ending on Sunday 13 November] | Is depositing better than sequencing? | European Commission on Biotech Directive: tomatoes about to be squashed? | The U.S. presidential election of 1876: votes, cannabis and intellectual property|  CJEU upholds duty to reverse-engineer trade marks in Rubik's cube decision, but what about the actual v abstract test?  | BREAKING: CJEU says that EU law allows e-lending| Around the Web Blogs| IP Publishers and Editors' Lunch 2016!| Firings will continue until morale improves - Merpel revisits the EPO|

Never Too Late 121 [week ending on Sunday 6 November] | Sunday Surprises | Firings will continue until morale improves - Merpel revisits the EPO | Will too much of one and not enough of the other spell bad news for innovation? | BREAKING NEWS Brexit - High Court rules Government cannot Invoke Article 50 under Crown Prerogative | Canada's new approach to diagnostic practices prompts division at CIPO

Never Too Late 120 [week ending on Sunday 30 October] | Court of Appeal on Pregabalin - Pfizer still in pain, but Swiss claims re-interpreted again | Procedural fairness and the Penalties Regulation: R(Roche) v Secretary of State for Health | Meet the Trade Mark Judges (Part two) | AG Szpunar says that the notion of "places accessible to the public against payment of an entrance fee" does not apply to hotel rooms | Charlie Chaplin won't come back from the dead, neither will Montis' copyright in the Chaplin chair | Linking to unlicensed content: Swedish court applies GS Media | Urgent crowd sourcing request-- "ugly" clauses in IP agreements | How much attention should the IP community give to non-compete clauses? | Friday Fantasies | Around the IPKat’s Cousins Blogs

Never Too Late: If you missed the IPKat last week!

Reviewed by Tian Lu on Wednesday, November 30, 2016 Rating: 5
The IPKat licenses the use of its blog posts under a Creative Commons Attribution-Non Commercial Licence.