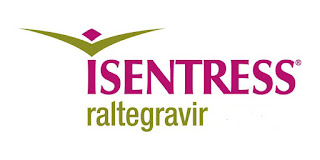 According to its media release of 11 July 2017, the German Federal Court of Justice confirmed the decision of the Federal Patent Court granting Merck a compulsory license to EP 1 422 218 owned by Shionogi. This allows Merck the continued distribution of its antiretroviral drug Isentress, an approved medication for treatment of HIV-patients, on the German market.

The case is highly unusual not only because compulsory licenses are exceptionally rarely granted under German law, but also because the license was granted in preliminary proceedings, which is a first.

After license negotiations between the parties failed, Shionogi sued Merck for patent infringement before the Regional Court (Landgericht) Düsseldorf (No. 4c O 48/15). This proceeding was stayed pending the outcome of the opposition before the EPO (the oral proceedings in the appeal before the EPO are scheduled for 11/12 October 2017).

In defense, on  5 January 2016 Merck initiated compulsory license proceedings before the BPatG requesting such a license based on § 24(1) German Patent Act in proceedings on the merits. Five months later, on 7 June 2016, Merck requested the compulsory license be granted by way of a preliminary order. With decision of 31 August 2016, the Federal Patent Court (3 LiQ 1/16) preliminarily granted such license, allowing Merck to continue distributing Isentress.

§ 24(1) Patent Act allows the grant of a compulsory license if (i) the infringer tried to obtain a license on reasonable terms, and (ii) there is a public interest in the grant of the license. In its Polyferon decision, the BGH had further specified the requirements for a compulsory license in the public interest for medicaments (BGH GRUR 1996, 190 – Interferon-gamma/Polyferon). The BGH ruled that in order for a medicament to fulfill the requirement of public interest, it (a) must treat a serious disease that (b) cannot be treated by a comparable product or (c) can only so with considerable side effects.

Applying the Polyferon criteria, the Federal Patent Court held that HIV-infections were both infectious and lethal, thus a “serious disease”. While there might have indeed been alternative compounds like Dolutegravir on the market the Court appointed experts confirmed that the replacement of Isentress with another drug was not acceptable given potential life-long side effects and  disadvantageous drug interaction due to the exchange.

Further, the expert also stated that Raltegravir showed particular advantages in the post-exposure prophylaxis and in the treatment of certain patient groups (e.g. babies, infants, pregnant women and long-term patients). In consequence, as the other pre-requisites of § 24(1) Patent Act were fulfilled, the public interest outweighed Shionogi’s interest in the exclusive exploitation of the patent at issue.
Judging from the media release - the grounds of the decision are not available yet - the Federal Court of Justice fully followed this reasoning, preliminarily permitting Merck to distribute Isentress for the treatment of specific patient groups that could not be treated with other drugs without serious side effects.

A deeper analysis of the decision is possible only once the grounds are available. It will be particularly interesting to see what the BGH has to say on the efforts required of the alleged infringer to obtain a license on reasonable terms. The Federal Patent Court held that the criteria developed under competition law for FRAND licenses were not applicable in the context of § 24(1) Patent Act. The media release of the BGH only states, somewhat cryptically, that in view of the specific facts of the case, "namely the uncertain outcome of the opposition proceeding", Merck's efforts had been sufficient.

Reviewed by Mark Schweizer on Wednesday, July 12, 2017 Rating: 5
The IPKat licenses the use of its blog posts under a Creative Commons Attribution-Non Commercial Licence.