When we think about the film industry, we usually think only about the film. Necessary, but not sufficient. After all, there is also need for 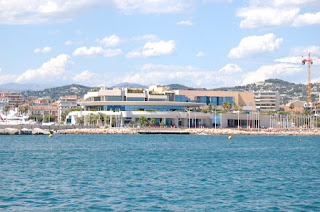 paying customers and a platform to enable them to view the film. Until the 1970’s, that platform usually was a cinema. Today, television, cassettes and digitization mean that one can now view a movie nearly wherever and whenever he chooses. But the ethos of the bricks-and-mortar cinema as a central element of moviedom remains. Just consider the tale of the Cannes Film Festival and Netflix.

As reported in The Economist in its May 27th issue ("Curtain Call"), the issue posed by the Cannes Film Festival is deceptively simple: can a movie that is not released for viewing in a cinema be eligible to compete for a festival prize? For those who think that a movie is a movie is a movie, think again. Netflix has become a leading force in the digital delivery of movies to viewers. But Netflix does not only stream third-party films; it also streams its own original content.

The traditional means for bringing a film to the public is first to show it in a cinema, and only after some delay to show it via other platforms. The problem is that (except for a small number of countries), Netflix does not show its movies in a cinema. The overwhelming percentage of its own films are shown via streaming-- c'est tout. However, what is good for Netflix's business model (reportedly 100 million subscribers worldwide and a budget of more than $7 billion this year for new contents) is not so well-received by those that administer the film festival.

Thus, Cannes allowed Netflix to compete for the first time this year for the top Palme d'Or prize (Netflix had two films in the competition--"The Meyerowitz Stories (New and Selected)", featuring Dustin Hoffman and Ben Stiller, and "Okja", a South Korean film by Bong Joon-ho). However, the Cannes festival (reportedly at the insistence of the French film-industry) will apparently not allow Netflix to compete next year, unless Netflix guarantees that its films will be released in cinemas in France. 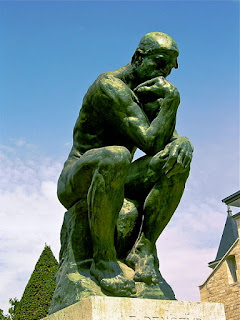 The reasons for this position are several. First is the particular way that the film industry is treated in France. Whether, as is claimed in the article, France was "the birthplace of film", the film industry has long enjoyed a lofty place in French culture. The French government heavily subsidies films, imposes a "culture tax" on cinemas (and broadcasters) and requires television networks to invest in the production of movies. There is a three-year delay between when a movie is first released in a cinema and the time that the film can be made available over the internet. Requiring that a film be screened in France as a prerequisite to compete at the Cannes festival is yet another way that France protects the cinema (and "physical-media") industries.

But the motivation is not simply a commercial one interlaced with certain cultural sensibilities. Showing a film in a cinema goes to the existential heart of what is meant by a film. In the words of the article, "…if a film is never shown in cinemas, is it still a film"? In this vein, Pedro Almodóvar, the noted Spanish film director and the president of the film competition jury at Cannes, observed that he could not imagine a winner of the competition, whose film could only be viewed on a small screen. From this vantage, for a film to be a film, it is not simply a matter of what is being viewed but under what conditions.

French thinkers have had a particular interest in trying to understand the visual. Roland Barthes and Jean Baudrillard immediately come to mind. And then there is the German-Jewish cultural critic, Walter Benjamin. They, and others, seek to understand what is a film. Reading them, however, is not for the faint of heart.

But even if one chooses to pass on these writings, there is still room to ask: how much of what we mean by a film is tied up in the way that we experience it? And is it even proper to speak about the "same" film, when one watches it in a theatre and another views it on a smartphone? Indeed, when Almodóvar insists that for a film to be worthy of an award at Cannes, even if what motivates him in judging a film may well be different from that which interests one viewing a film on her tablet while lying on a couch, is Almodóvar being a snob or a purist?

Reviewed by Neil Wilkof on Tuesday, July 11, 2017 Rating: 5
The IPKat licenses the use of its blog posts under a Creative Commons Attribution-Non Commercial Licence.