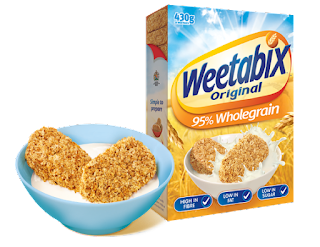 According to The Telegraph, hundreds of boxes of Weetabix have been impounded by New Zealand customs because they allegedly infringe Weet-Bix's marks.   Weetabix is not well-known in New Zealand but a Christchurch-based shop, A Little Bit of Britain, had ordered 300 boxes to serve to its British immigrant customers.

Apparently Weet-Bix's owners have agreed to release the product if they are overstickered at point of sale and references to Weetabix are removed from the shop's website.  The shop owner considers this offer "ridiculous" because the boxes look nothing alike and customers will not be confused.

Thanks to Lawrence Ryz for sharing this story!

This is not the only international scandal involving British food.  Trader Joe's in the US has been attempting to claim that the invented the "genius" sausage roll - or "puff dog" as Trader Joe's calls it.  For more on this see here.
Weetabix in New Zealand Customs dispute over local rival Weet-bix

Reviewed by Rosie Burbidge on Sunday, July 16, 2017 Rating: 5
The IPKat licenses the use of its blog posts under a Creative Commons Attribution-Non Commercial Licence.