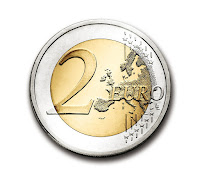 Now that the CJEU has confirmed that linking to protected content could lead to infringing copyright comes in some cases (see see here, here and here), a slew of practical questions arise. Not least, how much do copyright owners lose from online platforms hosting links to unauthorized copies of their works uploaded by third parties? In other words, how much damages should be awarded by courts, and on what basis? Two euros per protected works, according to the Paris Court of Appeal's latest decision on the matter. Multiply this by the number of copyright works infringed, itself multiplied by the number of views each file received, divided by two, and you obtain the flat rate going for damages in relation to the secondary liability of platforms indexing links to files "ready for download" on their website.  Confused much? Let's simplify matters, here is how the formula would read in pseudo-mathematical terms:

In this case, the total amounted to 13 millions euros, and followed a prison sentence of one year awarded by the Paris Criminal Court. (Paris Court of Appeal, Pol 5, Ch 13, 7 June 2017, D.M. v APP, Microsoft, Sacem and others, available in French language here; Paris Criminal Court of First Instance, 2 April 2015 [unreported]).

Facts
In 2009, the forum-like website "wawa-mania" was subject to investigations in France by the Information Technology Fraud Investigations Brigade (in French, BEFTI short for 'Brigade d'enquêtes sur les fraudes aux technologies de l'information'), which revealed mass infringement of protected material ranging from videos, music to computer software. Some of the forum members, known as "uploaders" would obtain infringing copies of copyright works from at least four servers including "rapidshare.com", "Megaupload", "Gigaup.com" and "Free". Once downloaded from these servers, uploaders would re-upload the content online, and share links to the files on "wawa-mania". The forum-like website generated revenues from advertising spaces on its pages.

The owner of "wawa-mania", known as 'D.M.', admitted to creating the website in 2006 and managing it ever since, renting server space from a third-party host for this purpose. He explained in preliminary hearings that as "super administrator" of the website, he handled responsibilities of content editing, user management, update of the operating software and held special rights to access to the server. D.M. also admitted to knowing that most of the content shared were breaching intellectual property rights, but stressed that his website hosted no files but merely listed links to access files located on a different server.

Legal proceedings & appeal decision
D.M. first faced litigation on the basis of counterfeit by the Paris Criminal Court of First Instance ("tribunal correctionnel") on 2 April 2015. The criminal court handed down a one-year prison sentence, together with a range of fines, to sanction D.M.'s continuous provision of means and infrastructure to enable the infringement of protected content. In the same judgment, the criminal Bench also ordered for the take-down of the website for a period of two years, and required Google and Yahoo to have the following publication appear in results searching for the names D.M. or "wawa-mania": "On 2 April 2015, the Paris Criminal Court of First Instance sentenced D.M. to a one-year prison sentence for the counterfeit of copyright works carried out by uploading links on the forum wawa-mania that enabled the downloading of protected works illegally obtained". The criminal decision will stand as the right of appeal has now lapsed.

Civil litigation followed suit, headed by a number of claimants including Microsoft, SACEM, Disney, Universal City Studios or Twentieth Century Fox - to only name a few. On 2 July 2015, the Paris (civil) Tribunal awarded damages for a range of damage (economic, moral, procedural) to each claimant. The main bill, 13 millions euros, concerned the infringement of copyright's economic rights for providing links to downloadable material exclusively, and was calculated as per the formula described above, i.e. two euros, per views divided by two, per copyright work listed on the website. The Paris Tribunal divided in half the number of views for each work recorded by the linking-website because they recognized that users "viewing", or accessing, the files may not have downloaded them. Halving the number of views before applying it as a coefficient in the equation to calculate damages was regarded as a fair account of the "likely" levels of infringement. Nothing in the decision explains or justifies why the likely levels of infringement would be accurately obtained by dividing the number of views by two. Is this a rough guess on the part of the court? Was there expert evidence submitted to support this calculation? Was it based on the Court's own experience of downloading and streaming - or perhaps that of a reasonable person?

The Paris Court of Appeal approved the calculation put forward in the first instance decision. They too regarded the division of "views" by two as appropriate since the claimants did not submit evidence that viewing or accessing the files lead to their download consistently. For this reason, the fixed amount of damages had to account for a probable, and not proven, prejudice. The rest of the tribunal decision was confirmed in every aspect, only further damages to cover litigation costs were added by the Paris Court of Appeal, totaling at additional 2,200 euros - a relatively small sum in comparison to the multi-million euro sanction.

The decision confirms two things. First, and more generally, it evidences that intellectual property enforcement measures do, or can, have 'teeth' in the context of secondary liability - provided that claimants and public prosecution are in the position to gather the necessary evidence of infringement, and take legal actions. These remain big "ifs". Second, the decision goes to show that the "linking" defense website owners may be tempted to argue would not hold in the context of platforms dedicated to enabling illegal downloads.

The caveats in liability rules carved by regulations and jurisprudence for file-sharing or link-sharing platforms have limits, and this is one illustration. It appears that French Court are stiffening their position with regard to illegal online practices. Looking at this decision together with a recent case heard by the French Supreme Court dated 6 July 2017 (see here), this is the conclusion one is inclined to come to. Indeed, the highest civil court recently held that internet service and browser providers ought to cover the costs of blocking and filtering injunctions, regardless of their lack of liability. This line of jurisprudence is in tune with the EU 2016 copyright reform proposal which identifies internet intermediaries as key allies in the fight against infringement and the 'value gap' (See Article 13, Recital 38).
France: 13 million in damages awarded for linking to downloadable copyright works

Reviewed by Mathilde Pavis on Monday, July 31, 2017 Rating: 5
The IPKat licenses the use of its blog posts under a Creative Commons Attribution-Non Commercial Licence.