A trademark invalidation proceeding based on lack of distinctiveness, genericness, and the like, is always challenging. Kat friend Jeremiah Chew from Ascendant Legal reports on a particularly interesting case from 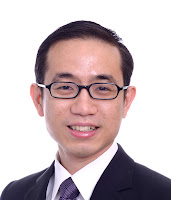 Singapore in this regard.

Courts, a major retail company in Singapore, recently suffered a setback when it failed in its attempt to invalidate the trade mark “BIG BOX” in Class 35, on the grounds that the “BIG BOX” trade mark was devoid of distinctive character, wholly descriptive, and had become a generic term in relation to all the services in its specification. Invalidation proceedings in Singapore require the applicant to show that a trade mark was invalid at the date of registration. Since the “BIG BOX” trade mark had been registered since 2005, Courts faced the practical difficulty of having to adduce and compile convincing evidence dating back more than 12 years. As discussed below, it did not succeed in doing so.

The “BIG BOX” mark had been registered by its proprietor, Big Box Corporation Pte Ltd, in January 2005, for a variety of services relating to the retail sector. The dispute arose when, in December 2014, Courts advertised its retail warehouse store as “COURTS BIG BOX MEGASTORE”, at a time when the proprietor was in the process of setting up a large warehouse retail mall under its “BIG BOX” brand.

The proprietor issued a letter of demand to Courts, alleging infringement. While it is not clear what transpired between the parties following the letter, Courts applied to invalidate the “BIG BOX” mark shortly thereafter, claiming that the mark was devoid of distinctive character, exclusively descriptive and generic in relation to all the services in its specification. The thrust of this claim was that “BIG BOX” was synonymous with large retail stores and that the proprietor should therefore not be allowed to monopolise the use of the phrase through its trade mark.

The application (In the Matter of a Trade Mark Registration by Big Box Corporation PTE Ltd and Application for Declaration of Invaliditation Thereof by Courts (Singapore) PTE Ltd) was heard by an IP adjudicator of the Intellectual Property Office of Singapore, Prof David Llewelyn, who dismissed Courts’ claim in its entirety.In view of the grounds of invalidation raised by Courts, Courts was required to adduce evidence to prove what the public in Singapore (consumers and those in the relevant industry) understood by “BIG BOX” at the date of its registration. This essentially meant that Courts had to provide evidence of public perception circa January 2005. To meet this requirement, Courts managed to come up with certain pre-2005 evidence in support of its claim, including:

(a) Dictionary entries which defined “big box” as a large store;

(b) Publications by the Singapore government and statutory boards which allegedly used “big box” to describe large retail stores;

(c) Articles in the Singapore mass media using “big box” in the same manner; and

(d) Articles from foreign jurisdictions (the US and New Zealand) referring to “big box” retailers, as well as reports from the North American retail and warehouse market using “big box” to describe large retail stores. 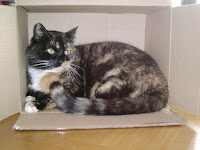 Courts also adduced newspaper and internet articles published after the date of registration, in an effort to show that the prevailing “customer sentiment” had always been that “big box” referred to large retail establishments (it is accepted under the law in Singapore that post-registration evidence can raise inferences as to what the position was at and before the date of registration). Courts also relied on a US trademark registration for a logo consisting of the stylised words “BIG BOX” separated by a blue star, but disclaiming any exclusive right to use the words “BIG BOX”, to support its argument that “BIG BOX” was a generic term in the industry.

The adjudicator, however, was not convinced by this evidence. He was of the view that, taken as a whole, the evidence did not show that, at the date of registration in 2005, the term “BIG BOX” was one in customary usage either by the average consumer or by those engaged in the trade. He noted that several articles simply showed that the writers had adopted the Singapore government’s use of the word “big box” in its media release. These articles were not given much weight. Post-registration, the sporadic use of “BIG BOX” in Singapore newspaper and internet articles was insufficient for the adjudicator to conclude that “BIG BOX” had found its way into customary usage.

As regards Courts’ claim that “BIG BOX” was exclusively descriptive of the services in its specification (a separate, but closely related claim to “BIG BOX” having entered customary usage), the Adjudicator compared the term “BIG BOX” against each service listed in the specification, and found that “BIG BOX” did not designate the characteristics of those services. In coming to this conclusion, he again took into account the perceptions of the average consumer and those engaged in the trade.

The adjudicator’s analysis was carried out from the local Singapore perspective (which has been characterised as the view of “the man and woman on the SBS Transit bus” – the Singaporean equivalent of the revered Clapham omnibus). As the articles from foreign jurisdictions, as well as the US trademark registration, did not shed any light on how the average consumer in Singapore would view the term “BIG BOX”, the adjudicator did not think that the evidence assisted Courts’ case.

Does the ruling mean that Courts is therefore liable for infringement of the “BIG BOX” mark? Not necessarily. The adjudicator was careful

to point out that a third party’s use of the words “big box” to describe a large retail store might possibly fall within the descriptive use defence under Singapore trade mark law, depending on the facts and context of the use. The descriptive use defence provides that it is permissible to use a sign to indicate a particular characteristic of goods or services, provided that the use is in accordance with honest practices in industrial or commercial matters.

At first sight, this might seem inconsistent with the adjudicator’s finding that “BIG BOX” is not descriptive / has not entered customary usage in Singapore. However, in the writer’s view, these two views can be reconciled. Even though the majority of Singaporeans may not find the term “big box” descriptive when used alone, a reasonable consumer might, depending on the overall context of the use, understand “big box” to be descriptive in a particular setting. For instance, in the sentence “fresh retail concepts such as warehouse outlets and ‘big box’ retailers that typically occupy 100,000 to 200,000 sq ft can now be set up in Singapore’ (a quote from an article which Courts relied on), it is arguable that the use of “big box” is descriptive and is not use in the trade mark sense.

Reviewed by Neil Wilkof on Wednesday, July 05, 2017 Rating: 5
The IPKat licenses the use of its blog posts under a Creative Commons Attribution-Non Commercial Licence.