The special world of pesticide products, counterfeits and parallel imports 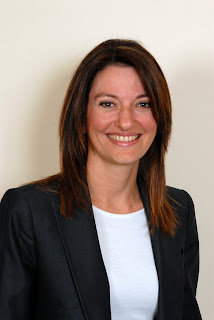 regulation of counterfeit pesticides, and how the matter was dealt with by the Greek courts.

The Regulation clarifies what constitutes an identical product. Plant protection products shall be considered identical to the reference products if: (a) they have been manufactured by the same company or by an associated undertaking or under license; (b) they are identical in specification and content; and (c) they are either the same or equivalent in the co-formulants present and the packaging size, material or form. Importers that wish to obtain an authorization are merely requested to file an application and provide information regarding their supplier and the authorization of the product in the Member State of origin as well as what product is the reference product. Tests on the imported products are carried out only post-authorization through ex officio controls by the competent authorities. And herein lies the risk of counterfeiting. Products that are illegal, generic copies are being repackaged and sold as original parallel import products under respective parallel import permits.

A Greek court recently dealt with this issue, the first such ruling on the substance of the merits, as far as is known to the author. A Greek company, relying on a parallel import permit for a specific EU-manufactured pesticide, imported pesticides in Greece from the UK and sold them under this permit. The products were sold in the Greek market under a different brand name, as per usual practice. The name of the reference product appeared on the label of the imported product as part of a sentence mentioning that the product is a parallel import of the reference product. The original product manufacturer’s name appeared as well on the label.

The products were sold in the Greek market for more than two years. Then, during an ex officio inspection, the Greek authorities found that, based on samples that they analyzed, the products sold were not identical to the reference product. The competent authorities imposed a fine for illegal trading. Thereafter, the Greek affiliate of the reference product manufacturer brought an infringement action against the Greek importer on the grounds of tort, defamation and unfair competition. The importer contested the liability arising from the analysis of the samples, denied knowledge that the products were counterfeit, argued that it was operating under a lawfully obtained parallel import permit and claimed that the product was not identical to the reference product owing to other factors, and not because the product was not the original one.

The First Instance Court of Thessaloniki (ruling no 8337/2017) upheld the action, ordered the importer to desist from importing products that do not comply with the terms of the permit and from using the brand name of the original products on products of third parties. It also ordered the payment of moral damages based on damage to reputation; no claim for damages or lost profits was included in the action. Regarding the challenge to the results of the analysis, the court noted that both the reference product and the imported product were analyzed and compared to the reference product at the same time. The two sample reference products (of different batches) compared to each other were found identical each time they were analyzed, whereas the imported product samples were found as deviating from the reference products at all times.

Regarding the issue of knowledge of the importer, the following is noted: the importer did not claim or prove to have done any tests on the products prior to or upon importation; he relied solely on a declaration of the supplier, even though he knew that the supplier did not belong to the group of companies of the manufacturer; and the supplier invoice itself presented certain irregularities from common practice regarding the invoice description of the product sold.

Regarding the different name under which the products were sold, the court confirmed that it was sufficient that the original product’s name was mentioned on the label as part of the sentence stating that it is the reference product. The same applied when the name of the manufacturer of the original product was so mentioned.

This ruling is an important step for combatting the abuse of the parallel import regime in Greece. The court closed the loophole that exists in the EU legislation by stressing that the identity of the product to the reference product is not tested upon issuance of the authorization nor upon import, but only subsequently. Given the current form of the EU legislation, it will be the task of the national courts to ensure that counterfeit pesticides are not being sold throughout the EU on the basis of parallel import permits.

Photo on lower left by Ganiazg
The special world of pesticide products, counterfeits and parallel imports

Reviewed by Neil Wilkof on Friday, July 14, 2017 Rating: 5
The IPKat licenses the use of its blog posts under a Creative Commons Attribution-Non Commercial Licence.