In memoriam of Kenneth Jay Lane: "My designs are all original"; "original from someone"

Fakes and imitations have long held a fascination in the world of creation, not always pejoratively. This Kat remembers his notion of what is

"genuine" being challenged in 1990 by an iconic exhibition presented by The British Museum, entitled ''Fake? The Art of Deception.'' In reviewing the exhibition at the time, The New York Times made the following observations--

“One lesson of the British Museum exhibition is that fakery is a matter of context. In ancient Egypt and the Orient, copying earlier works was a sign of respect and even piety. In Europe, where authorship was not acknowledged or legally protected until the Renaissance, medieval imitation was in no sense a personal or moral affront. ... But still in Renaissance Italy, a sculptor could legitimately test his skill by trying to pass his work off as ancient; the young Michelangelo excelled in this ''misrepresentation.''

During the Gothic Revival of the 19th century, the ''great age of faking,'' according to the catalogue, copying was an esthetic imperative. The idea was to re-create an antique world filled with artifacts from the past, some of them real, and some [not]….”

Fast forward from that 1990 article in The York Times, this Kat read in the July 21st on-line edition of the newspaper that--

“Kenneth Jay Lane, the designer and bon vivant who built a global business from glittering acts of unabashed deception, producing fake and junk jewelry — or, as he liked to say, tongue in cheek, ‘faque’ and ‘junque’ — has died at his home in Manhattan. He was 85.”

“ I myself am a fabulous fake," Mr. Lane once said of himself.

However he chose to describe himself, this much is for sure: Lane made it “chic” to wear fake jewelry all in support of a life-style that belied his cheap jewelry offerings. Lane came from Detroit, then the epicenter of the automobile industry, seemingly far removed from the design of anything that did not have four wheels. He left Detroit as a teenager in search of a design career in New York, where he is said to have augmented his flat Midwestern accent with a bit of a British-sounding overlay. His first ten years in design focused on footwear, before he moved to jewelry, where he made his fame and fortune.

It is said that many women wore their own jewels together with jewelry designed by Lane, Not infrequently, even experts, were hard-put to distinguish what was what. Indeed, it appears that Coco Chanel had accomplished the same dynamic some years earlier, but her fakes were meant for a more limited, well-heeled market and, unlike Mr. Lane’s, they were not intended for mass distribution.

"My designs are all original,” Lane is reported to have told The New York Times in 2014, that is, “original from someone.” Customers were apparently quite prepared to wear Lane's "original" designs with "genuine" original designs. At his best, Lane’s designs were known as “faux masterpieces.”

Lane’s two worlds, the glamorous elite and the mass market customer, were reflected in his diverse clienteles. At the one end, customers were said to include such personalities as Jacqueline Kennedy Onassis, Audrey Hepburn, Elizabeth Taylor, Greta Garbo, Nancy Reagan, Princess Margaret, Princess Diana, Babe Paley and Diana Vreeland. 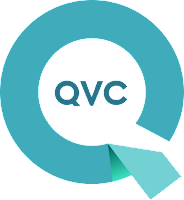 On the other hand, Lane made a fortune though his appearances on QVC, an acronym for "Quality Value Convenience", an American cable, satellite and broadcast television network, whose main outlet is a shopping channel. Lane’s genius in reaching this mass audience was at once giving a titillating mini-view into the glamour of 0.1 of the top percent, while also giving tips to viewers how they could wear the merchandise that he flogged, enabling them to conflate, if only for a moment, between what they might wear in Detroit and what Audrey Hepburn might be wearing in Paris.

This interweaving of the glamorous with the mass market can be seen in the following story. As told by The New York Times—

“One of Mr. Lane’s best-known designs is a copy of a Van Cleef and Arpels Maharani necklace given to Mrs. Onassis during her marriage to Aristotle Onassis. Mrs. Onassis asked for the copy, and Mr. Lane offered her a choice: pay for the master model (for about $1,000) or allow him to mass market copies. She agreed to the copies. Some time later, in the 1980s, he said, she had been watching television and told him, “I saw our necklace on ‘Dynasty.’”

Circling back to the 1990 exhibition at The British Museum, consider Lane’s life and the industry that he helped spawn. Then, as now, how we view so-called “fakery” remains a matter of context, one tension being between one-of-a-kind and being the focus of adulation via imitation.

In memoriam of Kenneth Jay Lane: "My designs are all original"; "original from someone"

Reviewed by Neil Wilkof on Saturday, July 22, 2017 Rating: 5
The IPKat licenses the use of its blog posts under a Creative Commons Attribution-Non Commercial Licence.