InternKats: Sophie Corke, Magdaleen Jooste, and Anastasiia Kyrylenko.
Home Administrative Council of the EPO Neil Wilkof patentability plant or animal obtained by essentially biological process Rules 27 and 28 / More on broccoli, tomatoes, and the patentability of a plant or animal obtained by means of an essentially biological process

More on broccoli, tomatoes, and the patentability of a plant or animal obtained by means of an essentially biological process 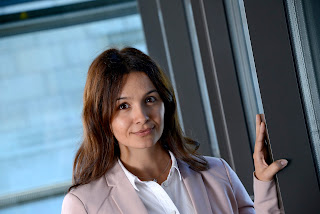 To refresh the memories of Kat readers, the decisions (Tomatoes II G 2/12 and Broccoli-II G 2/13) caused a great stir within the public, the breeding industry and EU institutions. In particular, the Tomato/Broccoli II decisions created a divergence between the interpretation of the European Patent Convention (EPC) and the Biotech Directive and it was in conflict with national patent laws (France, Germany, Italy and Netherlands), which precluded from patentability products produced by essentially biological processes.

Against this background, the European Commission (see the Interpretative Notice from November 2016) intervened and took a different view from that of the Enlarged Board of the EPO, concluding that products obtained by essentially biological processes should not receive patent protection. Consequently, the need for harmonization and legal certainty led the EPO to stay ex officio all the proceedings in which the decision depended entirely on the patentability of a plant or animal obtained by an essentially biological process. Following that, on June 29, 2017, the Administrative Council of the EPO amended Rules 27 and 28 of the Implementing Regulation. So, what now?

Amendment of the Rules is welcomed. Even as the impact of these recent developments continue to surface, here are some initial considerations: 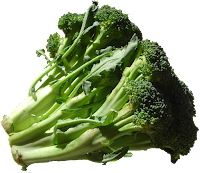 1. All the stayed cases will be resumed and even granted patents could be subject to the new Rules, considering the subject-matter of EPO opposition or limitation proceedings or national revocation proceedings. In fact, since 1980, the EPO has granted 180 patents dealing with traditional breeding methods (Patente auf Planzen und Tiere, page 7).

2. The saga of Tomato/Broccoli II will continue to play out, as they are in conflict with these new developments. However, the EPC trumps the Rules when in conflict (Article 164 EPC) and therefore, the EBA is not bound by the Implementing Regulations.

3. As the new Rules are in line with the patent laws in France, Germany, Italy and Netherlands, a decision of the CJEU would probably follow the same interpretation of the process exclusion under article 53 (b) EPC and 4 (1)(b) Biotech Directive.

4. It has been clarified which types of biological material can obtain patent protection as lying outside the exclusion under article 53 (b) EPC (Administrative Council). However, to what extent can patents on native traits be seen as non-technical has yet to be clarified. Considering the degree of innovation in the plant biosciences, there is uncertainty on whether or not to exclude generally from patentability plants with native traits.

5. It remains questionable if the EPO really found the answer to the continuously innovating breeding system and whether it was a good option to avoid defining in a clear-cut fashion between traditional breeding methods (crossing and selection) and breeding methods that involve technical steps in the crossing and selection processes. In other words, it is still open for discussion whether it is the right approach to treat products obtained by a process that involves technical steps even in the crossing and selection processes (See Tomato I/Broccoli I decisions) in the same way as products obtained by purely essentially biological processes (“entirely natural phenomena” Rule 23b (5) EPC), the latter not being patentable. 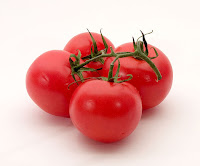 methods; it is considered predictable and therefore technical. Having this in mind, one can ask whether an identical result cannot be reached upon a repeated breeding process. Is there any difference if this process occurs naturally or is directed by a human? Consequently, there is room to develop best practices for patent examinations and patent drafting.

7. Apparently, small breeders have more freedom to operate without the fear of having traditional breeding put under “patent siege” from big companies.

8. GMOs face in Europe strong and constant opposition. Can it be that after these developments, GMOs will gain more popularity?

In the end, it looks like the current legal changes offer a sensible solution but arguably not a final answer. The implications of Tomato/Broccoli II are far from being totally revealed and breeders will continue to explore the boundaries of Article 53 (b) EPC.

Picture at the lower right by Softeis licensed under GNU Free Documentation License
More on broccoli, tomatoes, and the patentability of a plant or animal obtained by means of an essentially biological process

Reviewed by Neil Wilkof on Friday, July 28, 2017 Rating: 5
The IPKat licenses the use of its blog posts under a Creative Commons Attribution-Non Commercial Licence.