Around the IP blogs!

Antonella Gentile Thursday, February 28, 2019 - #AroundtheIPBlogs, Copyright in dance steps, plant or animal obtained by essentially biological process, street art
Milly Rock Dance, Bansky's Girl with balloon and the question of patentability of plants produced according to essentially biological processes are some of the subjects of the present edition of 'Around the IP Blogs'!

The 1709 Blog reports upon the possibility to protect the Milly Rock Dance as copyright in Copyright a dance step? Between a Hard (Milly) Rock and a Copyright Office and about the law-suit filed by the Vignelli estate against the former employee of the Vignellis and the publishers of a book which allegedly used without permission sketches made by Massimo Vignelli.

Afro-IP discusses the recent judgement in Bwanika Julius and Ors v. Uganda Registration Services Bureau & Uganda Federation of Movie Industry, Misc. Cause. No. 083 of 2018 of the High Court of Uganda.

The Conversation reports on a recent provisional ruling by a court in Milan which ordered the Milan's Mudec Museum to stop selling merchandising which reproduces Banksy's art as this would infringe the trademark rights over the Bansky name and his works Girl with baloon and Flower Thrower. 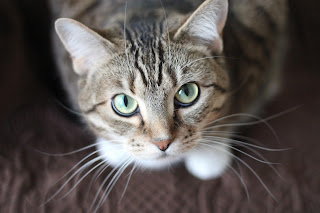 The Kluwer Patent blog reports on the EPO Board of Appeal's decision in case T 1063/18 and the following Patent Law Committee meeting which addressed different potential options and supported measures to obtain an opinion from the Enlarged Board of Appeal. The decision held that plants which are produced according to essentially biological processes need to be held patentable contrary to the 2017 EPO Guidelines introduced in 2017 to exclude them from patentability.

Patentlyo discusses the question if the United States Government counts as "a person who is not the owner of a patent" in case Return Mail Inc. v. U.S. Postal Service.

Trade marks
IPwatchdog reports on the hearing in Mission Product Holdings, Inc. v. Tempnology, LLC and one of the most important issues between trade mark law and bankruptcy law: whether a debtor-licensor's rejection of a trade mark licence terminates the right of the licensee to use the trade mark. This matter is also analysed by Patentlyo.

IPlens reports on the L'Oréal case and the Landoll case, two recent decisions on selective distribution and infringement of luxury trademark from the Court of Milan.

Indications of origin
IPTango writes about the electronic system for Geographical Indications made available as of 21th February 2019 by the Brazilian Instituto Nacional da Propriedade Industrial (INPI).
Around the IP blogs!

Reviewed by Antonella Gentile on Thursday, February 28, 2019 Rating: 5
The IPKat licenses the use of its blog posts under a Creative Commons Attribution-Non Commercial Licence.