In February 2016, Google Inc. filed an application (later assigned to DeepMind) to register STREAMS, for the following goods and services:


Streams is a mobile app developed by DeepMind in collaboration with NHS clinicians. The aim is to use patient data to allocate hospital resources more effectively, in order to reduce the rate of preventable deaths from conditions such as sepsis and acute kidney injury (AKI) – so-called “failure to rescue”. The software is currently in use at the Royal Free and Imperial College Healthcare NHS Trusts. Somewhat controversially, Streams became part of Google Health in November 2018. 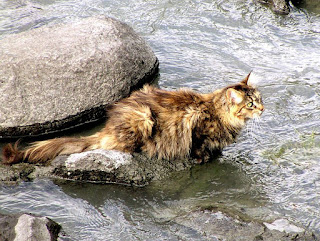 Not a huge fan of streams

DeepMind’s application was refused by the Examiner on the basis of (i) lack of distinctiveness (Article 7(1)(b) EUTMR); and (ii) descriptiveness (Article 7(1)(c)). DeepMind appealed to the First Board of Appeal. DeepMind offered to limit the specification (“excluding computer software for use in streaming media, video content or data over the Internet”) should the Board of Appeal be minded to dismiss the appeal. The Board of Appeal deemed the proposed limitation to be inadmissible, because it was conditional (and noted that the limitation would not have made a difference anyway). DeepMind’s arguments regarding distinctiveness and descriptiveness were also batted away.

Not to be deterred, DeepMind appealed to the General Court. On 31 January 2019, the Court dismissed the appeal.

DeepMind had submitted to the EUIPO an alternative limitation – excluding “computer software for use in streaming medical information” – after the Board of Appeal’s decision. This limitation application was rejected before the General Court considered the case, so the point became moot. The Court nevertheless noted its scepticism regarding the admissibility of the limitation.

Islands in the stream(s)

The most interesting aspect of the judgment is the General Court’s reaction to DeepMind’s arguments regarding descriptiveness. DeepMind argued the Board of Appeal was wrong to conclude that the trade mark applied for would be perceived immediately, without further thought, as a description of the characteristics of the goods/services in respect of which registration was sought, because:


Following the recent EZMIX decision [IPKat report linked above], the General Court proved itself just as tech-savvy as the CJEU. After the usual blast through the relevant legal principles, the General Court dismissed DeepMind’s arguments:


The General Court therefore rejected the appeal, and did not see a need to consider DeepMind’s arguments regarding distinctiveness [although one suspects that the outcome would have been the same].

There were also a couple of interesting subsidiary points. First, DeepMind argued that the Board of Appeal had breached its duty to state the reasons for its finding that even if the proposed limitation to the specification had been permissible, this would not have affected the outcome. The General Court noted that this conclusion was added for the sake of completeness and was not operative, and therefore the failure to state reasons did not matter. Second, DeepMind argued that because the EUIPO had previously registered word marks for STREAMS and STREAM+ in classes 9 and 42, the Board of Appeal’s decision had breached the principles of equal treatment and sound administration of justice. This argument was given short shrift: these principles underline the importance of the EUIPO carefully assessing each application on its own merits. The General Court concluded that the EUIPO, as required, gave clear reasons for departing from its decisions regarding the earlier trade marks. 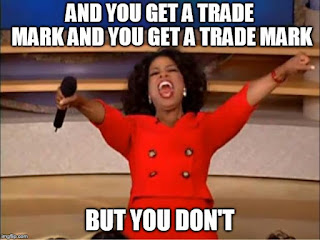 There is currently no indication whether DeepMind will appeal to the Court of Justice (it has two months to do so). Many in the IP world are eagerly watching DeepMind as it begins to harness and commercialise its AI development work more publicly. Its next move might give a clue as to DeepMind’s (and Google Health’s) strategic direction, and in particular their estimation of the value of devoting resources to the digital health / “medtech” sector.

For now, the General Court’s decision has averted, or at least postponed, what could have been some interesting arguments around whether providers of other digital health software are using the word “stream” (or perhaps “streaming”) in a descriptive sense or a trade mark sense…

Reviewed by Alex Woolgar on Monday, February 04, 2019 Rating: 5
The IPKat licenses the use of its blog posts under a Creative Commons Attribution-Non Commercial Licence.