Drinking wine from a Pringles can: parody or trade mark infringement?

"In the morning of January the 8th, 2019, the Wichita Falls (Texas, USA) police received a call relating to a drunk woman, riding an electric shopping cart in the Walmart parking lot, while drinking wine from a Pringles can. The woman ended being banned from entering Walmart grounds (see the full story here, here and here).

Now, I know that the first question that occurred to all of you (or “y´all” as they would say in Texas), is not: “What is a drunk woman doing at 6.30 a.m. in the Walmart park lot riding an electric cart?”, but, rather: “Why have I never thought of drinking wine out of a Pringles can?”. This actually seems to properly function as a wine 'dispenser', as it is water resistant, provided of a plastic lid that prevents any spillage, and shaped to hold it comfortably (here you can find further details on the testimony of drinking wine from a Pringles can). I must admit I tried myself to drink from it, but the smell of the sour sauce and onion chips put me off. Maybe, next time.

Unsurprisingly this event happened to become one of the most popular pieces of news in the US over the past few weeks. As a result, an artist called Celeste Powers created and marketed the “20oz Skinny tumbler” Pringles cans, selling them at approx $30 each on platform Etsy.com. 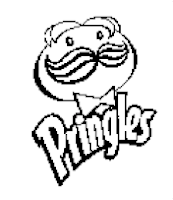 As displayed in the image below, it seems that Powers marketed her successful products using Pringles´ registered trade marks: 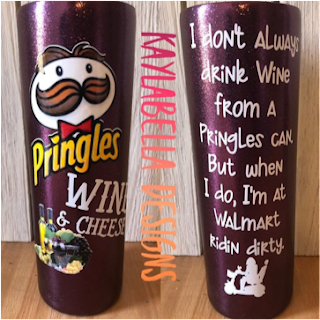 Thus, albeit the trade mark owner has not (yet) taken action against the artist, could it enforce its trade marks successfully?

When the Pringles/Wine article ran, I couldn't help but laugh. You really can see and experience it all at Walmart.

Accordingly, would she be able to avoid being sued for trade mark infringement by relying on the fair use/parody defence? Or does this use create likelihood of confusion and dilute Pringles's reputation?


US trade mark law and parody

According to the U.S. Code it could be argued that Powers is actually entitled to use the Pringles mark without any fear of legal repercussions. However, in light of the most recent case law, this does not necessary appear an entirely straightforward issue.

In Louis Vuitton Malletier, S.A. v. My Other Bag, Inc. it was held that the defendant, by using the Louis Vuitton trade mark on canvas bags, created a successful parody of the luxurious brand(s) by indicating that My Other Bag products are purchased by those who cannot afford expensive accessories. Further, My Other Bag did not cause any likelihood of confusion or harm to the repute of the French label. In its decision, the court referred to the earlier case Louis Vuitton Malletier S.A. v. Haute Diggity Dog, LLC where the plaintiff´s goods (dog toys bearing the Vuitton trade mark), were found to make fun of the plaintiff’s trade mark’s luxurious aura, without confusing the consumers on the source of origin or damaging Louis Vuitton's image. 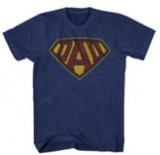 At the same time, it appears that not all the alleged humorous trade mark uses are allowed by US courts. In, DC Comics v. Mad Engine, Inc. the defendant marketed t-shirts designed with the word ‘DAD’ in the famous DC Superman logo. Mad Engine argued that the “DAD Image is an obvious parody of Superman […]. Whereas Superman proudly bears the Shield on his chest as he flies around saving people in a fantasy world, “DAD” lacks any superpowers, but is a real-world hero to his kids”. The court held that (differently from cases such as Diggity Dog's toys (above), the 'Lardashe' jeans and the Sears’s 'Bagzilla' garbage bags), the defendant used the DC Comics´ trade mark “somewhat humorously to promote [its] own product and services, which is not a permitted trademark parody use” (as stated in Harley Davidson, Inc. v. Grottanelli, 2d Cir. 1999). 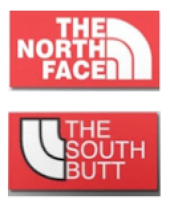 Worth of consideration is also the dispute arisen between The North Face Company and Mr Winkelmann when the latter started selling clothing with the ‘THE SOUTH BUTT’ mark resembling the famous trade mark “to mock his classmates wrapped in North Face fleece “ (full story here, here and here). The well-known sport brand, after lengthy litigation, obtained an order to shut down the defendant´s business. Nevertheless, Mr Winkelmann gained a considerable amount of money from the marketing of his humorous merchandise.

Coming to the Powers case, it is necessary to assess whether: 1) the artist is using the Pringles mark in a humorous fashion, 2) such use creates confusion on the source of origin, and 3) this use dilutes Pringles’s reputation. Let's review these aspects more in detail:
In light of these considerations, it seems quite immediate that Celeste Powers is using Pringles´ likeness to market her own goods, and that she is doing it in a way that may create confusion in the consumers´ mind (are those who are willing to buy wine canned in a Pringles tube likely to understand that Pringles actually is not the manufacturer?).

Additionally, Powers is not parodying, criticising, or commenting the Pringles brand in any way. Thus, I would believe that Pringles alone should be able to take action in the aftermath of all the “publicity” deriving from this story. In this likely event, it will not be a laughing matter!"
Drinking wine from a Pringles can: parody or trade mark infringement?

Reviewed by Eleonora Rosati on Sunday, February 10, 2019 Rating: 5
The IPKat licenses the use of its blog posts under a Creative Commons Attribution-Non Commercial Licence.