The value gap proposal in the latest Franco-German deal: what are the key points? 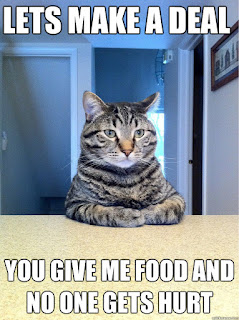 As readers who have been following the discourse around the draft Directive on Copyright in the Digital Single Market [Katposts here] will know, a few days ago the closed-door trilogue negotiations encountered a major obstacle, due to disagreement over one of the most debated provisions in this proposed piece of legislation: Article 13, also known as the 'value gap' or 'transfer of value' proposal [Katposts here].

While France has supported the idea that the obligations within Article 13 should be generally applicable, Germany has advanced the view that an exemption should be instead available to undertakings with annual turnovers below a certain threshold (EUR 20 million).

Article 13 is a provision which, in the original intention of the EU Commission, would serve to remedy what has come to be known in jargon as the ‘value gap’ or ‘transfer of value’.

This concept refers to a claimed mismatch between the value that some digital user-uploaded (UUC) content platforms are perceived as obtaining from protected content and the revenue returned to relevant rightholders. The argument for supporting that such a gap exists is the inconsistent application of the safe harbour for hosting providers under Article 14 of the E-commerce Directive.

The consequence would be that, on the one hand, rightholders would not be appropriately compensated for the exploitation of content to which they own the rights and, on the other hand, competition in the market would be distorted.

The evolution of Article 13

In its original formulation, the value gap proposal provided that, where a hosting provider stores and gives public access to large amounts of user-uploaded works (the concept of ‘large amounts’ is however undefined in the proposal), thereby performing an act of communication to the public within the meaning of Article 3(1) of the InfoSoc Directive, it would be obliged to conclude a licensing agreement with the relevant rightholder(s), unless it is eligible for the safe harbour pursuant to Article 14 of the E-commerce Directive.

Irrespective of whether the safe harbour in Article 14 of the E-commerce Directive applies, a provider that gives access to large amounts of works should take appropriate and proportionate measures to ensure protection of works or other subject matter, also by implementing effective technologies.

By means of a simplification, the original formulation of the value gap proposal was rooted within three core ideas:

A few months ago, The IPKat reported that an agreement had been reached within Coreper (the Council's permanent representatives committee) concerning the text of the Directive; last September also the European Parliament managed to adopt its own version of the directive to use as a basis for a negotiating mandate in the context of the trilogue.

Today Politico leaked the text of the compromise eventually achieved within Coreper further to the Franco-German disagreement, which also required a call between Macron and Merkel. The next Coreper meeting is currently scheduled to take place on 11 or 12 February.

As far as the value gap proposal is concerned (other points tackled in the new text are the press publishers' right, the principle of fair remuneration, revocation right and text and data mining), these are the main points as put forward by the current Romanian Presidency of the Council.

Micro- and small sized enterprises with:
should benefit from a softer liability regime.

This entails that in the first 3 years of activity these companies will be only subject to notice-and-takedown obligations.

However, if the average number of monthly unique visitors exceeds 5 million, then these subjects shall be under an additional obligation to demonstrate that they have made best efforts to prevent further uploads of the notified works and other protected subject matter for which the rightholders have provided relevant and necessary information.

Comment - From the text as put forward, it appears that the 'softer liability regime' would become inapplicable essentially in 3 cases:
Safe harbour availability

With regard to safe harbour availability, the Coreper text states that protection remains "possible" and that Article 13 should not be intended as imposing a general monitoring obligation. However, the safe harbour would be "for purposes falling outside the scope of this Directive" (Article 13(3)).

Comment - This part seems aimed at those who have criticized the value gap proposal for failing to comply with the E-commerce Directive. While the new Coreper text reiterates the possibility for the safe harbour to apply, one should be careful: the language suggests in fact that the safe harbour would only potentially apply to types of liability other than copyright-related.

In other words, if a platform communicates to the public (together with users of its services), then the safe harbour would not apply tout court.

The situation might be potentially akin to the following: let's assume that a user uploads a video on a UUC platform that triggers their own liability, eg, under a certain Member State's criminal law (eg for defamation). That video also includes a song. The platform might in principle enjoy the safe harbour protection in relation to the defamatory activity of the user, but would not be able to do the same in relation to the making available of the protected song.

What happens in case a licence is not obtained?

Rightholders shall be under no obligation to grant licences.

If a platform makes unlicensed content available it might be liable for unauthorized acts of communication to the public, unless it demonstrates that it:
The concept of 'best efforts' entails an appreciation of whether the platform has acted as a 'diligent economic operator'.

Comment - If a rightholder does not want to grant a licence, they are acting in their full right. However, the platform should seek to obtain one and, failing to do so, it might still allow the availability of the unlicensed content, provided that it complies with the requirements above. This is what is called a 'mitigation of liability', likely aimed at mitigating the criticisms of those who dubbed Article 13 a 'censorship machine'. No censorship might occur after all [for a different take, see MEP Reda on her website; also critical, see CREATe].

While the new text does not endorse the idea (flagged in the past) that a user-generated content exception be adopted, it reiterates that users shall be allowed to upload content generated by them and which includes third-party content for purposes of quotation, criticism, review, caricature, parody, or pastiche:


Users shall be allowed to upload and make available content generated by themselves or by other users and which includes parts of existing protected works and subject matter for the purposes of quotation, criticism, review, caricature, parody or pastiche.

Comment - Some commentators might consider this part of the text as reiterating the status quo, but that would be hardly correct.

If this language stays, it might have a major impact: in fact, all the concepts mentioned above (quotation, criticism, parody, etc) are currently framed in Article 5 of the InfoSoc Directive as optional exceptions which Member States are free or not to transpose into their own laws.

This new wording of Article 13(5) might make at least the exceptions in Article 5(3)(d) and (k) de facto mandatory for Member States to have.

Let's now see how things develop ...
The value gap proposal in the latest Franco-German deal: what are the key points?

Reviewed by Eleonora Rosati on Tuesday, February 05, 2019 Rating: 5
The IPKat licenses the use of its blog posts under a Creative Commons Attribution-Non Commercial Licence.