IP News from the Southern Cone

Kat friend Fredy Sánchez Merino brings us another review of recent IP developments in Latin America, this time with a focus on the Southern Cone.

PERÚ. The Peruvian Copyright Office (DDA) has released interesting information regarding its activities for 2018, including the 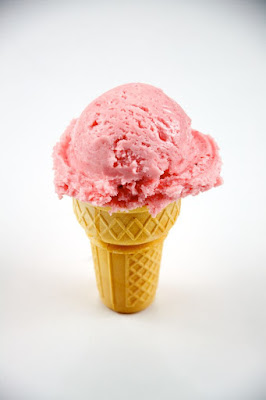 blocking of 15 webpages due to copyright infringement and the seizure of illegal copyrighted material, valued at approximately USD 6,770,000. Additionally, there was an increase of 28% in the number of registered works. Note that the Peruvian copyright registry is merely declarative, there being no mandatory registration for the acquisition of exclusive rights.

CHILE. Roquefort has been acknowledged as a denomination of origin by the Chilean National Institute of Industrial Property (INAPI). This is good news for the French General Confederation of Roquefort, this being the first French DO recognized in Chile. This recognition will allow the most legally secure commercialization for this product in Chile, since any potential infringement of the exclusive rights can now be enforced.

ARGENTINA. A well-known Argentinian tv producer, Pol-ka, has filed for the registration of two arguably feminist slogans as trade marks. The applications for “No es no” and “Femicidio” have engendered vigorous debate on Argentinian television and social media, as they are two of the most used slogans by the Argentinian feminist movement. Pol-ka has justified the trade marks applications before the Argentinian feminist movement by stating that the registration are in connection with the premiering later this year of a tv show.

BRAZIL. The Brazilian National Institute of Industrial Property (INPI) has recently announced a 77.4% increase in the number of granted patents and a fall of 7.4% in its patent backlog. Despite the good news, the Brazilian Minister of Industry, Foreign Commerce and Services, Mr. Marco Jorge de Lima, explained that given the current operational capacities of INPI, it is not possible to reduce the current backlog, which by August 2018 had an overall average of 10.23 years from filling until grant (including 13.63 years for applications in the pharma field). He once again made clear that despite the recently taken measures, a staff and systems upgrade for the Office is urgent.

COLOMBIA. Superintendency of Industry and Commerce has ordered Facebook, Inc., here, to strengthen its security measures to protect the personal information of more than 31 million Colombian users (68% of Colombia’s population). Such preventive measures are designed to avoid the unauthorized or fraudulent access, use, inquiry, adulteration or loss of the information. SIC has provided a deadline of four months for the Company to enforce the measures, which, additionally, shall be certified by an independent firm.

Photo by TheCulinaryGreek and is licensed under the Creative Commons Attribution 2.0 Generic license.

IP News from the Southern Cone

Reviewed by Neil Wilkof on Sunday, February 17, 2019 Rating: 5
The IPKat licenses the use of its blog posts under a Creative Commons Attribution-Non Commercial Licence.