Annsley Merelle Ward Monday, February 04, 2019 - 5G, AmeriKat, Commission Communication, conference, Ericsson, FRAND, FRANDly update, htc, IoT, patent injunctions, patent remedies, SEP licensing
The AmeriKat has been noticeably more "off  IPKat comms" in the last several months as the day job has taken the reins, in no small part to the booming telecoms litigation that the UK (and European) market has been experiencing over the last several months (read two years).  The UK has always been a "go to" jurisdiction for standard essential patent (SEP) and FRAND disputes, but commentators are arguing that it is getting increasingly attractive following the Court of Appeal decisions in Unwired Planet (see posts here) and Conversant (see last week's guest post here).  With the US's IP litigation dominance starting to cede a bit to China and Europe, it is no surprise that there is a lot of news, seminars and legal updates to share. Here is some of the latest:

"In the phone wars, the smallest saleable patent practising unit (SSPPU) argument is a particularly controversial one. The argument is that the correct royalty base should not be the entire handset, but the SSPPU. Often this is argued to be the chip, or the chipset, that lies at the heart of the phone. If all integers of a standards-essential patent are found in the chip, it is argued, then damages should be a percentage of the price of the chip, not a percentage of the price of the handset.

In a case before the Eastern District of Texas, HTC sought to argue that this followed from the European Telecommunications Standards Institute (ETSI) Guide on Intellectual Property Rights, which was to be interpreted under French law. Ericsson asked the court to rule on this point before the case went to a jury trial. Judge Rodney Gilstrap did so, and disagreed with HTC.Judge Gilstrap found that the ETSI Guide could not be read in a way that required the application of the SSPPU principle. He accepted evidence of Bertram Huber (former VP at Bosch and former member of the ETSI IPR committee) that the ETSI IPR policy did not change the normal practice of licensing at the end user product level.

HTC sought to argue that a French court would imply such a rule (amongst other things, to comply with European competition  law). Judge Gilstrap found that HTC's French law experts did not support that argument. The French Civil Code preserved freedom of contract. Equity did not require that a FRAND rate must always be SSPPU.

Although it is not quite the same point, this is wrapped up in the debate about whether the SEP owner must license at the end user manufacturer level or the component level. Shortly before Christmas, Judge Lucy Koh in ND Cal, hearing the case between the FTC and Qualcomm, ruled that the rules of two US standards setting organisations did require the SEP owner to license component manufacturers. Once again, the Eastern District of Texas seems more favourable to SEP owners than the Northern District of California [Any wonder, suggests Merpel, given where Silicon Valley is located?]."

The Globalization of English FRAND: At 3PM (London time) on Wednesday, OxFirst is running a free webinar entitled "The Globalization of English FRAND" which will recount the recent UK case law on SEP licensing, focusing on, in particular, the territorial scope of FRAND licences and the reach of a court's jurisdiction from the perspective of patentees and implementers. The speakers are competition law litigator, Sophie Lawrance, and patent litigator, Andy Bowler (both of Bristows). To register click here. When perusing the program, the AmeriKat also noticed that next week OxFirst is hosting its Third IP and Competition Forum: Creating the Missing Link in the Digital Economy in Brussels with topics including FRAND determinations, defence strategies in the Internet of Things era and the role for open source software.

Consultation on the second set of draft CEN-CENELEC 5G/IoT SEP Licensing Guidelines now open: Just before the Commission's Communication "Setting out the EU approach to Standard Essential Patents" was published at the end of November 2017, two competing workshops under the CEN-CENELEC framework were instituted to draft principles for SEP licensing in 5G and the Internet of Things. CEN is the European Committee for Standardization and CENELEC is the European Committee for Electrotechnical Standardization. They are two of the three officially recognized European Standardization Organizations, the third being ETSI (see above). The first workshop - WS SEP - held on 6 October 2017 in Paris and backed by IP Europe and Nokia resulted in this draft (commenting closed 31 December 2018). The principles set out in this draft include the following:


"Principle 1: Owners of patent rights which are essential for using standardised technologies (SEPs) should allow access to that patented technology for implementing and using the standard.

Principle 2: Both the SEP owner and the potential licensee should act in good faith with respect to each other with the aim of concluding a FRAND licence agreement in a timely and efficient manner.

Principle 3: Each party should provide to the other party, consistent with the protection of confidentiality, information that is reasonably necessary to enable the timely conclusion of a FRAND licence.

Principle 4: "Fair and reasonable" compensation should be based upon the value of the patented standardised technology to its users."

The second workshop - WS SEP2 - held on 12 February 2018 in Berlin and backed by the Fair Standards Alliance and ACT The App Association, resulted in this final draft. This draft is an alternative to the proposal set out in WS SEP. As to be expected, injunctions feature high up in their Core Principle list. The top two draft "Core Principles" are as follows:

"Core Principle 1: A FRAND SEP holder must not threaten, seek or enforce an injunction (or similar de facto exclusion processes) except in exceptional circumstances and only where FRAND compensation cannot be addressed via adjudication, e.g. lack of jurisdiction or bankruptcy. Parties should seek to negotiate FRAND terms without any unfair “hold up” leverage associated with injunctions or other de facto market exclusion processes.

Core Principle 2: A FRAND license should be made available to anybody that wants one to implement the relevant standard. Refusing to license some implementers is the antithesis of the FRAND promise. In many cases, upstream licensing can create significant efficiencies that benefit the patent holder, the licensee and the industry."

Symposium on "Enforcing Patents Smoothly – From Automatic Injunctions to Proportionate Remedies": On 22 March 2019, Professor Franz Hofmann and the Institute of Law and Technology of the Friedrich-Alexander-Universität Erlangen-Nürnberg, with the support of IP2Innovate are organizing a conference on patent remedies. Topics include case studies on tailored injunctions under German law, FRAND injunctions in Europe, damages in lieu of injunctions (with Danny Alexander QC), US case law after eBay with Professor Golden from University Texas at Austin, concluding with a panel discussion with a selection of Kat friends, including Dr Ralf Uhrich (Patent Litigation Counsel at Google) and Dr Clemens Heusch (Head of European Litigation, Nokia) entitled "The good, the bad, and the ugly - injunctions in Patent Law and alternatives". For more information and to register click here.

JURI publishes in-depth analysis on SEPs and IoT analyzing the Commission Communication: Last week, the European Parliament published an "In-Depth Analysis" report (which was prepared at the request of the JURI (i.e. Legal Affairs) Committee authored by Dr Luke McDonagh and Dr Enrico Bonadio, Senior Lecturers in Law at City, University of London. The Abstract to the report entitled "Standard Essential Patents and the Internet of Things" states that the report: 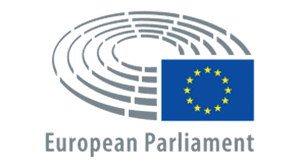 "examines the principles identified in the Communication with respect to the Commission’s proposals on (i) increasing transparency on SEPs; (ii) determining valuation of SEPs( Standard Essential Patents) and FRAND ( Fair, Reasonable, and Non-Discriminatory) terms; and (iii) enforcement.

The report evaluates the efficient resolution of licensing disputes over FRAND, including via litigation, arbitration and mediation, licensing pools and collective licensing. The current document also puts forward some policy recommendations to, inter alia, enhance the general environment of FRAND licencing in the context of SEPs."

TQ Delta v Zyxel battle continues in the UK:  For those interested in some closing arguments in the latest SEP infringement/validity battle in the UK, head down to the Rolls Building end of this week for the latest stage of the TQ Delta v Zyxel litigation before Mr Justice Carr.  The latest Patents Court Diary entry indicates its Iain Purvis QC and Adrian Speck QC whose dulcet or grating (depending which side you are on) tones you might be enjoying.  You can get the details from the Daily Cause List as and when they are listed here.
Your FRANDly Update: HTC v Ericsson, 5G/IoT SEP Licensing Consultation, Globalization of FRAND, European Parliament SEP analysis & more

Reviewed by Annsley Merelle Ward on Monday, February 04, 2019 Rating: 5
The IPKat licenses the use of its blog posts under a Creative Commons Attribution-Non Commercial Licence.