Innovation in the mass entertainment industry: maybe ask the Romans

Much ink has been spilled over whether innovation is an integral element of the patent system, and views both pro and con continue to 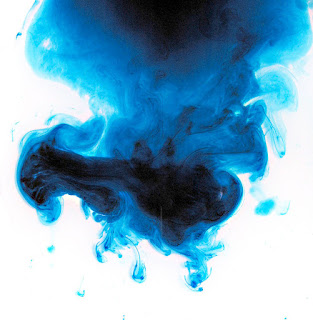 be expressed. Less considered is whether it makes sense to talk about innovation in the context of copyright, especially when the contents are intended to entertain the masses (and make a lot of money for their creators).

Jeffrey Katzenberg, a former chairman of Walt Disney Studios, apparently once thought so. Thus, in a recent article in The Economist, "Disney goes back to the future" (January 3, 2019), Katzenberg is reported to have written a memo to his colleagues back in January 1991, in which he decried a fixation on such features as big budgets, star power and glitzy special effects. Instead, he urged new creative ideas—

People don’t want to see what they’ve already seen,” he said. “Our job is not to count on recycled formulas, but to create and develop fresh, new stories.

First, a matter of semantics—didn’t Katzenberg talk about “creative activity” rather than innovation? This Kat's reply is that it is self-evident that what Disney does is "create". Katzenberg was urging a departure from the status quo. That would seem to be simply another way of saying "innovation in the creative content industries." Katzenberg, who wanted Disney to embrace innovation, left the company in 1993. Let's go fast forward to the present.

Six of the ten most expensive movies ever made have been done so by Disney. For example, the "Jungle Book" (2016) cost $175 million dollars to make and took in $963 million dollars. The marketing and production budget of the 2017 version of "Beauty and the Beast" was around $300 million dollars, the most ever for a musical. It ultimately took in $1.2 billion in ticket sales.

The day where the creative contents were the star has given way to shared billing with some of moviedom's most prominent names. Just begin with "Beauty and the Beast," which starred Emma Thompson, Ewan McGregor and Ian McKellen. Not to be outdone are Donald Glover as Simba and Beyoncé in the "Lion King" and Will Smith as the genie in "Aladdin."

Here, effects seem more and more to mean the use of cutting-edge technology, especially computer-generated effects and motion-capture technology. This includes such features as muscle texture, skin wrinkles, facial expressions, and the movement of fur.

As an expression of pride, one official noted that—

…we can put any animal next to a real one and not be able to tell the difference.

If ever there was a misreading of where the studio was going, this part of Katzenberg's vision is clearly on the top of the list. Thus, while remakes seem to be less common in the movie industry generally, they have become a Disney staple. Disney talks about the genre of "live-action remakes", replacing the original cartoons with filmed footage and computer-generated imagery and effects.

In 2019 alone, "Dumbo", "Aladdin and "The Lion King" will be added to this list, and in line to follow are reported to be "Pinocchio", "Snow White", " Peter Pan", "James and the Giant Peach" and "The Little Mermaid." The formula is said to date back to Walt Disney himself. Mr. Disney would look for stories with "enduring appeal” and then, in the words of in the words of Sean Bailey, the studio's head of production, Mr. Disney would--

…appl[y] the very best talent and technology that he could.

In this sense, nothing fundamental has changed in the way that studio approaches its business. As Alan Horn, the current chairman of Disney has said, movie viewers want to see—

… something of high production value, be it because of the story, or the stars involved, or the special effects.

This should not come as a total surprise. For the studio, in an industry that is characterized by risk, it is perhaps the least risky option. Over the last four years, Disney has been the most profitable studio in the industry. After all, Disney is ultimately a business and Katzenberg's vision would seem to be off-focus with the company's ultimate mission.

The studio's approach also serves the interests of the moviegoer. At least in the U.S., a moviegoer only sees about five movies a year in a theater. With so few degrees of entertainment freedom, and given the cost of movie theater tickets, innovation and experimentation are not high on their list. 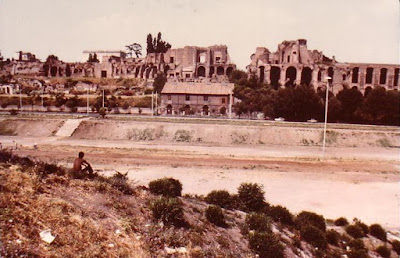 But let's also not forget the roots of mass entertainment. Think about the Romans and "bread and circuses" (in Juvenal's original—"panis and circenses"), referring to what Juvenal viewed as the limited expectations of the Roman population, Today, per dictionary.com, the phrase signifies —

extravagant entertainment, offered as an expedient means of pacifying discontent or diverting attention from a source of grievance.

One (cynical?) view is that mass entertainment is ultimately about control of the masses. The Romans did it, in Sinatra-like fashion, "their way", motivated by the imperial fear of unrest.

Today, mass entertainment has been outsourced via the copyright system and the entertainment industry and there is a confluence of interests: the state, as the ultimate source of copyright authority, is prepared to confer exclusive rights on creators of mass entertainment, as long as the creations are not subversive. Creators are pleased to provide for modern "circuses", especially when the celluloid creation is highly profitable and the public is entertained (mollified?).

In such circumstances, there would appear to be diminished room for genuine content innovation. Anyone up for an augmented reality version of Cinderella?

Picture on upper right by Dave Croker and is licensed under the Creative Commons Attribution Share Alike 3.0 Unported license.
Picture on lower left by Figaro at the Wikipedia project, who has released it to the public domain.

Innovation in the mass entertainment industry: maybe ask the Romans

Reviewed by Neil Wilkof on Wednesday, February 27, 2019 Rating: 5
The IPKat licenses the use of its blog posts under a Creative Commons Attribution-Non Commercial Licence.