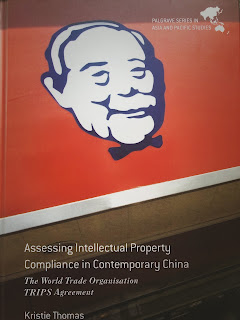 With great interest in China’s IP system and its WTO commitments, Dr. Kristie Thomas in her book Assessing Intellectual Property Compliance in Contemporary China offers an interdisciplinary analysis of China’s compliance with the TRIPS Agreement using theories originating from international relations and law.

This Kat’s attention was caught by reading that the author actually flew thousands of miles to China to conduct two major fieldworks, a decade apart from each other.

(Since its accession to the WTO in December 2001) It quickly became clear that China swiftly amended its legislation to transplant TRIPS-compliant rules into the domestic IP system. However, a gap was soon perceived between the substantive legislating and enforcement practices experienced by rights-holders on the ground. I explored this “enforcement gap” in my first phase of fieldwork in 2005-6 through the use of a survey as well as a series of follow-up interviews with a wide variety of business and legal professionals working on the ground in China.

IP remained a key area of interest in the intervening decade, and then I returned to China for a second phase of fieldwork in early 2015 in order to see how the post-TRIPS IP system was being adapted to local conditions in the longer term.
With WTO accession already 15 years in the past, this book can now provide a powerful and unique perspective both of the short-term transplant of TRIPS standards into the formal substantive law and of the longer-term adaption of these standards into local enforcement practices through the voices of those actually working within the system.

Readers may find quotations from anonymous respondents particularly interesting. They provide some first-hand perspectives with regard to, for instance, the cultural influences (Confucianism and socialism), transparency and bureaucratic structure of IP agencies. In addition, the a-decade-apart feature of the fieldwork adds a unique dimension of comparison in relation to the process of change in China.

As the author points out, she did face several difficulties during her fieldworks in China, for instance, the language barriers, the issue of translation, the lack of normative equivalence, and the difficulties in gaining research accesses (particularly in 2005, though much better in 2015). The specific methodological approaches adopted by the author to cope with the “common-seen difficulties in China” might have some reference significance to the related researches in the future as well. 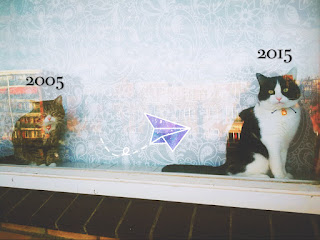 Reviewed by Tian Lu on Wednesday, February 20, 2019 Rating: 5
The IPKat licenses the use of its blog posts under a Creative Commons Attribution-Non Commercial Licence.