Apple and the podcast industry: a better future or no future? 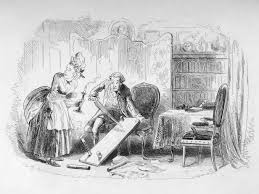 you. As reported on May 7th in the New York Times under the by-line of John Herrman (“Podcasts Surge, but Producers Fear Apple Isn’t Listening”), the podcast industry is experiencing a Dickensian moment, both the best of times and the worst of times. For rabid users of podcast contents, such as the Kat, the ultimate fate of the podcast industry will frame the way that they consume digital contents. And for the hundreds of thousands of developers of podcast broadcasts, it will help determine whether or not to devote continued resources to this platform.

As described by Wikipedia—

“A podcast is a form of digital media that consists of an episodic series of audio, video, digital radio, PDF, or ePub files subscribed to and downloaded automatically through web syndication or streamed online to a computer or mobile device. [1] The word is a portmanteau of "(i)Pod" and "broadcast."

The inclusion of “pod” in the name was not accidental. it was no less than Steve Jobs who, in 2005, introduced new software to download digital audio contents. From that moment, Apple has been intertwined with the podcast industry. This Kat dutifully refreshes his iTunes podcast account each day and he then synchronizes these new contents to his Apple iPod. This Kat is not alone. Estimates are that 46 million Americans listened to podcasts every month by the end of 2015 and that number is expected to grow to 57 million by the end of 2016. The breakout hit— “Serial”, attracted 110 million downloads. The Apple service now includes over 325,000 available podcasts.

Developers of all stripes are piling in to provide contents, with advertisers taking increasing interest and venture capitalists putting up millions of dollars. These may not be iPhone-like numbers, but they are not insubstantial. Without a doubt, Apple is central to all of this (estimates range that it has up to 70% of all podcast listeners). But the grumbles continue—does Apple care? Based on Herrman’s report, the following points merit close attention:

1. Let’s start with the fact that 2016 is a completely different Apple world from 2005, when the key company product was the iPod and the iPhone and iPad were still on the drawing board. Today, the iPod is a product of significantly declining importance for Apple (this Kat can personally testify to the frustrations in trying to get an iPod repaired). As for revenues for Apple, Herrman notes that “podcasts bring Apple virtually nothing in direct revenue”, since subscriptions to contents are free, there is no advertising on the iTunes platform, and Apple receives no portion of podcaster ad revenues. From the user’s perspective, the podcast platform has hardly changed over the years; it is not overly user-friendly and one gets the distinct impression that Apple does not particularly care about it (in the words of Chris Morrow, CEO of the Loud Speakers Podcast Network, “People think there’s another shoe that’s going to drop.”), 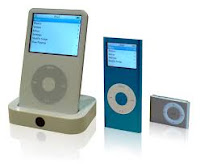 2. At least Apple makes some money from sales of the iPod device. Making money is much more difficult for developers. Some podcasts to which this Kat listens contain forms of advertisement, despite the fact that it appears that Apple does not provide much information to podcasters about listeners to their broadcasts. It is reported that podcasters can sell ad rates between $20 to $100 for every 1000 listeners. But that presupposes that one can obtain adequate data. However, while data on the number of downloads are available, data on how many persons actually listened to a broadcast, and how far they got into the particular broadcast, are not (unlike what is available to app developers). In the words of Gina Delvac, a producer, “[t]he lack of podcast data is shocking.”

3. “Promotions” of podcast contents on the iTunes platform is the main way for a program to gain traction among listeners. Apparently this is handled by a small number of Apple employees, who vet pitches from various podcast developers and who then do some unspecified degree of investigation on their own. How, exactly, the “Top Podcasts” list is assembled is still a mystery. More particularly, Herrman reports that a single person is--

“Apple’s de facto podcast gatekeeper. Attention from him can be the difference between a hit and a dud—and between a podcast that pays and one that doesn’t.”

It is he who apparently ultimately determines whether a new podcast receives “a top spot on ITunes and Apple’s podcast app.”

Eddy Cue, an Apple executive, insists that “[p]odcasts hold a special place with us at Apple.” Let’s assume that this is indeed the case. But there is still the question that Mrs. Kat asked this morning— “What happens if Apple decides to pull the plug on the iPod?” And even if we never get to that point, this Kat still wonders whether Apple could be doing a better job with its podcast services.
Apple and the podcast industry: a better future or no future?

Reviewed by Neil Wilkof on Friday, June 17, 2016 Rating: 5
The IPKat licenses the use of its blog posts under a Creative Commons Attribution-Non Commercial Licence.