Brexit and UK copyright: the story of a loss 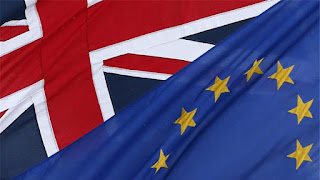 On 23 June 2016 UK voters decided that their country would be better off outside the EU.

To say the least, the historical outcome of the Brexit referendum will have a tremendously serious impact on the UK, the overall EU integration project, and the remaining Member States alike.

From an IP perspective, it is still very unclear what will happen, and what effects forthcoming developments will have on both UK law and the professional (and necessarily personal) lives of IP rightholders, practitioners, academics, students, civil servants, judges, and public affairs executives alike.

Serious uncertainty surrounds the destiny of EU-wide registered rights, including trade marks and designs, and imminent EU-wide novelties, such as the Unitary Patent System [see here for an interesting take], in the UK. In the aftermath of the referendum outcome, the complexities of these rights  have seemingly overshadowed what will happen to copyright, an IP right that – it has now become apparent – is territorial only on paper.

During the CREATe Festival held in London last week, an understandably emotional Prof Lionel Bently (University of Cambridge) provided participants with thoughtful remarks regarding the fate of UK copyright. His conclusion? That, overall, Brexit 'freedom' will likely turn out to be an illusion, in the sense that UK copyright might become increasingly irrelevant on a global scale.

As both a non-UK, proudly Italian, citizen who has nonetheless found in the UK a fantastic place to learn, work and have fun in, and someone who has been an enthusiastic follower of EU copyright adventures since her PhD days, I am very concerned about the consequences of the Brexit referendum.

Here are my thoughts (to be hosted also on the Journal of Intellectual Property Law & Practice) on what the future of UK copyright in a post-Brexit world might look like.

What options for UK copyright?

Over the past few years, the copyright laws of EU Member States have increasingly become more similar, less alien to each other, less perched in the summa divisio common law’s copyright/French-style droit d’auteur.

On the one hand, EU legislature has adopted several directives that have had the laudable objective of facilitating the free movement of goods and services based on or incorporating copyright works.

On the other hand, the Court of Justice of the European Union (CJEU) – prompted by questions of national judges – has become a primary player in the EU copyright scene, acting in certain cases as de facto policy- and law-maker.

If and when Brexit happens, what will be the legacy of EU harmonisation in the area of copyright? The answer will depend on what route is eventually pursued.

If the UK leaves the EU but remains in the European Economic Area (possibly the most optimistic outlook in the very aftermath of the referendum), then the relevant body of EU copyright legislation will continue to apply in this country.

The same could not be however true for CJEU case law, at least from a formal standpoint. Although the judgments rendered in the context of references for a preliminary ruling ex Article 267 of the Treaty on the Functioning of the European Union (ie the types of actions relevant in the area of copyright) would likely maintain a certain relevance for UK copyright, UK courts would arguably lose their power to make themselves references for a preliminary to ruling to the CJEU. In fact Article 267(2) reserves this possibility to the courts or tribunals of Member States. The result would be odd: the UK would still apply EU legislation but its judges would be no longer able to make queries on their correct interpretation (and application).

In any other scenario, the future relevance of EU copyright legislation and CJEU case law in the UK is extremely uncertain. Possibly bound to international copyright instruments only, the UK might decide to pursue routes that – so far – have appeared extremely unlikely to be followed at the EU level. For instance, it could decide to abandon a closed system of copyright defences and adopt an open norm instead, possibly modelled on US fair use.

The legacy of EU harmonisation

In times of profound confusion, what appears clear – yes – is that EU action in the area of copyright has BENEFITTED and IMPROVED UK law.

First, it has created a harmonised space for 28 Member States that, albeit imperfect, is much better – for rightholders and users alike – than what, in a much more fragmented fashion, was the case 20-25 years ago.

In addition, the harmonising, (possibly even undue in certain cases) efforts of the CJEU have brought increased uniformity and sometimes compelled Member States to either re-think/question certain approaches or meet the challenges facing technological advancement and digitisation of contents and their distribution channels.

An example of the former is the impact of CJEU case law on the UK notion of originality and the (outdated, yet still formally in place) closed subject-matter categorisation envisaged by the Copyright, Designs and Patents Act (CDPA).

An example of the latter is the availability of injunctions against intermediaries under s97A CDPA (introduced to implement into UK law ... an EU directive): the jurisprudence of UK courts, influenced by parallel developments at the CJEU level, has developed solidly and thoughtfully and has been looked at (whether with admiration or concern, but in any case regarded as IMPORTANT case law) in other Member States.

Will UK copyright be better off without EU copyright and the CJEU?

No: the improvements to UK copyright over the past few years are in many instances greatly indebted to parallel developments at the EU level.

Among other things, losing the dialogue between thoughtful UK judges and the CJEU will be one of the many other great losses for UK copyright.
Brexit and UK copyright: the story of a loss

Reviewed by Eleonora Rosati on Wednesday, June 29, 2016 Rating: 5
The IPKat licenses the use of its blog posts under a Creative Commons Attribution-Non Commercial Licence.