The state of patent valuation: Europe moves up the agenda as US patent values decline

Joff Wild, the editor of IAM (Intellectual Asset Management), is one of the most astute observers of intellectual property as business assets. IPKat is delighted that Joff has offered to share his thoughts on the current state of patent valuation.

"It’s been tough in the patent transactions market for several years now. There are a number of inter-connected reasons for this, most of which revolve around developments in the US. Over recent times, the country’s courts – from the Supreme Court on down – have become a lot friendlier to 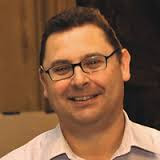 defendants. In particular, the U.S. Supreme Court decisions in the Alice, Myriad and Mayo cases have had a direct impact on patentability in areas such as software, biotech and business methods. This has meant a lot of patents that might once have been considered valid and valuable, quite possibly no longer are.

Then there is the Patent Trial and Appeal Board at the US Patent and Trademark Office. It oversees the inter partes review (IPR) and covered business method (CBM) procedures introduced by the America Invents Act. Christened the “patent death squad” by former Federal Circuit chief judge Randall Rader, both the IPR and the CBM regimes have a fearsome reputation for striking down claims and patents in their entirety. Filing an IPR or CBM petition is now standard practice for defendants in patent suits.Combined, the courts and the PTAB have created a climate of extreme uncertainty. This means that defendants – read potential licensees or buyers from a market perspective – are usually far less interested in sitting down to negotiate deals. Instead, they prefer to fight it out in court. This has pushed down the value of patents by reducing the number of willing buyers and licensees, as well as lessening the urgency to get deals done.

But the market has not died. In fact, some will tell you that transaction numbers are rising, it’s just that the monetary amounts involved are lower. Others are less bullish. However, all are clear that demand is being led by operating companies, which are looking for patents for different reasons, including: freedom to operate; to protect future product lines; to secure bargains (making use of current low prices with a view to assertion further down the line when the climate improves); and to find strong patents that can be asserted effectively now. One very recent development to keep an eye on is the IP3 programme, a patent-buying exercise launched by a number of companies, including Apple, Ford, Google, Microsoft and IBM. Given the state of the market, you can expect this to generate a great deal of interest and allow consortium members to secure access to potentially important rights at relatively low prices.

Looking forward, there is increasing talk of a bounce-back in the US market. Some big Supreme Court decisions are due this year – Halo and Stryker (willful damages) and Cuozzo (IPR claim construction and appealability of PTAB decisions). If these go the right way from a plaintiff’s perspective, the pendulum may begin to swing back to the centre. Meanwhile, the Federal Circuit’s recent decision in the Enfish case has brought some cheer to software patent owners, who are also waiting for the CAFC to rule in the Planet Blue case, another case which may prove beneficial to them.

At the USPTO, meanwhile, the data suggests that it is becoming harder to get IPR petitions instituted, while decisions in favour of petitioners are slightly less frequent. Further legislative patent reform is also off the table until, at the earliest, a new Congress convenes after November’s elections. There has been a sense of flux in the US market; what it needs is certainty – about the chances of winning cases and around patentability. With certainty, it is possible to make informed decisions about buying, selling and licensing. Any swing back in the direction of certainty would be likely to increase US patent values. 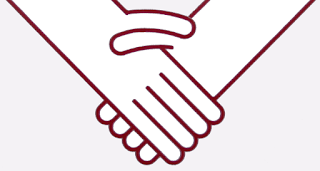 On top of all this, Europe is attracting greater interest. European courts already have a good reputation among patent owners: they are cheaper to use than American ones, they are quicker, jury-free and, in key jurisdictions, the judges are more knowledgeable. And although damages are relatively low, injunctions are available – the threat of injunctions brings deal-making leverage. Right now, there is a patchwork of European jurisdictions; but once the Unified Patent Court (UPC) is up and running (anticipated for March 2017, should the UK vote to remain a member state), we are talking about one court and one decision. That’s potentially good news for plaintiffs and very worrying for defendants. Expect the value of European patents to go up should the UPC regime come into force.

But before patent owners and market makers break out the champagne, nothing is set in stone. Plenty could still happen to push the monetary value of patents lower. The two most immediate risks are: the U.S. Supreme Court cases going against patent owners, so reinforcing the anti-patentee narrative in the US and making US patents even less attractive; and the UK voting to leave the EU, so delaying the UPC by two or three years at a minimum, or maybe even killing it off permanently. A lot of people are placing big bets on the UPC. A delay, let alone de facto abandonment, is likely to cause a significant negative market reaction. Throw in adverse U.S. Supreme Court decisions and we could be heading to something approaching panic – or at least a profound rethinking of existing IP-based business models. That will create opportunities, but it will also leave plenty of casualties along the way.

Fundamentally, though, patents are here to stay. Those which are high-quality and underpin technologies and products that people want to buy will always be valuable. As ever, the trick is in creating or finding them, and then leveraging them to maximum effect. Patents may not be an asset class, but they most definitely can be positive assets. That means there will always be a market for them."
The state of patent valuation: Europe moves up the agenda as US patent values decline

Reviewed by Neil Wilkof on Tuesday, June 07, 2016 Rating: 5
The IPKat licenses the use of its blog posts under a Creative Commons Attribution-Non Commercial Licence.