"CEL’s registration, upon which it based its infringement claim (and succeeded subject to the current issue), is a series registration for the two device marks shown below:- 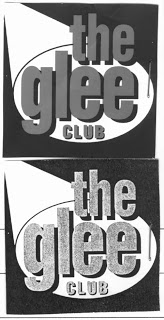 (The first mark claims the colours red, black and white.) At the outset of the appeal hearing Fox had amended its defence and counterclaim to introduce an allegation that CEL’s registration is invalid because section 41 of the Trade Marks Act (TMA)1994 is incompatible with the EU requirement that a trade mark must be a sign which is capable of being graphically represented in a clear, precise, unequivocal and/or objective manner (within the meaning of Articles 2 and 3 of Directive 2008/95/EC). Section 41 confers a power to make rules dealing with the registration of a series of trade marks.  Section 41(2) sets out the requirements for registration of a series of trade marks in one application - the marks must resemble each other as to their material particulars and differ only as to matters of non-distinctive character not substantially affecting the identity of the trade mark.  Due to the limited time available in the first appeal hearing the Court invited the parties, along with the Comptroller-General of Patents, Designs and Trade Marks, to file submissions for a further oral hearing.

Fox’s primary contention was that a series registration is, in essence, the registration of a single trade mark which consists of a number of signs. It is therefore necessary to identify a single point of comparison between all of the marks in the series and the mark of a third party, and because this is an uncertain exercise, it is contrary to the established principles of EU law. Fox further submitted that if marks registered in a series have the character contended for by the Comptroller then the form in which they are presented on the register renders them misleading and is contrary to EU law.

The Comptroller maintained that a series of trade marks is a bundle of individual trade marks, each of which must comply with the requirements for protection set out in the Directive, and each of which, if registered, are entitled to protection afforded to every trade mark under EU law. Section 41 is an administrative provision and it falls outside of the scope of the Directive.  The Comptroller also explained that a system which allows for such applications leads to more efficient examination of trade marks.  This is because:

CEL adopted the Comptroller’s submissions. In the alternative, it maintained that if it is necessary to identify a single point of comparison between all of the marks in the series and the third party mark then that criterion has already been met. In the further alternative, any deficiency in its registration could be remedied by deleting either of the two marks in the series.

The Court undertook a review of the relevant parts of the Directive and the UK Trade Marks Act. Specifically, the Court noted that Recital 6 of the Directive states that “member states should also remain free to fix the provisions of procedure surrounding the registration, the revocation and invalidity of trade marks acquired by registration”. Accordingly the registration procedure, the form of an application and the general manner in which the register is organised and presented fall outside of the scope of the Directive. However, the Directive does impose stringent requirements as to the nature of the sign of which a mark must consist and these are addressed under Articles 2 and 3 of the Directive. Lord Justice Kitchin reminded the Court that the requirements imposed by these provisions had already been considered by the CJEU in the Sieckmann (C-273/00), Libertel (C-104/01) and Heidelberger (C-49/02) cases, and then reiterated in IP Translator (C-307/10).

Kitchin LJ also answered Fox’s question about how the non-use provisions under section 46 should be applied. He noted that “once it is appreciated that a registration of a series of trade marks is a registration of a series of different trade marks, each of which is registered under the same number, the non-use provisions can be applied just as they are for any registered trade mark. If some of the trade marks in the series have been used and others not, then it may be that none is susceptible to revocation as a result of the saving conferred by section 46(2) in respect of use of the mark in a form differing in elements that do not affect the distinctive character. If, however, some of the trade marks in the series which have not been used for some reason do not satisfy the section 46(2) test then the registration of those trade marks may be revoked.”

Kitchin LJ then considered the decision of Mr Arnold QC (as he then was) in Sony Ericsson Mobile Communications AB's Trade Mark Applications (O-138-06) which reviewed a number of earlier decisions. This case generated a notion that a registration of a series of trade marks is a registration of a number of different manifestations of what is essence the same trade mark.  The result being that the difference between the marks must be so insignificant that they go unnoticed by an average consumer under LTJ Diffusion (C-291/00).  They would have to essentially be identical.  This approach was adopted by the High Court in this case and was a matter of common ground and accepted by Mr Justice Birss in Thomas Pink v Victoria's Secret UK Limited [2014] EWHC 2631.

Lord Justice Kitchin commented at paragraph 64 that this approach presents "real problems" and that he came to the:

"...firm conclusion that the interpretation of s.41 for which the Comptroller contends is correct. In my judgment Mr Arnold fell into error in characterising the registration of marks in a series in the way that he did. The interpretation contended for by the Comptroller gives effect to the ordinary meaning of the words used and takes proper account of the context in which those words appear. An application for the registration of a series of trade marks is an application to register a bundle of trade marks under a single reference number. Each of the marks in the series must satisfy the requirements of the 1994 Act. If the application is accepted and any opposition proceedings have been resolved in favour of the applicant, then the series of marks will be registered, but it will remain what it always was, namely a bundle of different marks, albeit now registered under the same reference number."

The Court of Appeal confirmed that it was unnecessary to seek guidance from the CJEU on any issue arising on the appeal. Section 41 of the Act and the accompanying Rules do not purport to create a new kind of trade mark; they are concerned with the procedure for registering and the form of registration of particular trade marks which are very similar. These are matters which were not harmonised by the Directive and remain within the competence of the Member States. In Kitchin LJ's opinion the register and the registration of similar trade marks as a series are “entirely compatible with the requirements of the Directive as spelled out by the Court of Justice in Sieckmann, Libertel, Heidelberger and IP Translator.” He concluded that “a trade mark which has been registered as part of a series of marks is as self-contained, easily accessible, and intelligible and will be perceived as unambiguously as a trade mark which has been registered on its own”.  The two versions of the device marks were therefore a valid series.

The Court of Appeal’s position on series trade marks is now clear - they are compatible with EU law and a series registration is not liable to be declared invalid by the mere fact that it is a series."

This is not the end of the saga, however.  Fox announced last week that they will be seeking leave to appeal to the Supreme Court.
Series trade marks are a bundle of separate trade marks, Court of Appeal declares in Fox's latest Glee challenge

Reviewed by Annsley Merelle Ward on Wednesday, June 01, 2016 Rating: 5
The IPKat licenses the use of its blog posts under a Creative Commons Attribution-Non Commercial Licence.