Royal Crown Company (RCC), opposed The Coca-Cola Company’s (TCCC) application for registrations of  17 marks,  all of which contain the word ‘ZERO’, for goods in class 32, namely soft drinks, sports drinks, and, energy drinks. The first claim raised by the Opponents  was that ZERO is a generic term for various zero (or nearly so) calorie drinks. The parties disagreed about the genus of the contested goods. TCCC claimed the genus was carbonated soft drinks, energy drinks and sports drinks, based on their applications, while RCC claimed that the goods were zero-calorie soft drinks. The Board preferred TCCC’s classification; [pg 13] “goods fall into the board category of soft drinks (and sports and energy drinks), which encompasses the narrower category of soft drinks and sports and energy drinks) containing minimal or no calories.” 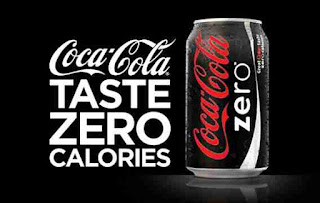 The second claim raised, under s.2(e) of the Lanham Act, was that even if ZERO is not generic but merely descriptive of the goods in question, it was not entitled to registration because the word had not acquired distinctiveness.

In turn, TCCC opposed two of RCC’s registrations of marks, which included  the term ‘ZERO’, on the ground that the RCC marks would cause confusion with their ZERO ‘family of marks’ under s.2(d) of the Lanham Act. This opposition failed as TCCC could not establish priority of the claimed family of marks.

Genericness
A mark is generic if it “is the common descriptive name of a class of goods or services” (H. Marvin Ginn Corp. v  Int’l Association of Fire Chiefs Inc., 782 F.2d 987 (Fed. Cir. 1986) ).  In attempting to prove that ZERO was generic for soft drinks with zero (or nearly so) calories, RCC produced evidence of use of the term in competitor’s product names, third-party registrations, use of the term in social media, blogs and articles, and TCCC’s use of the term “zero’ to refer to the nature rather than the source of the product. However, RCC failed to produce any consumer surveys, “the preferred method of proving genericness” (BellSouth Corp v DataNational Corp., 6 F.3d 1565, (Fed. Cir. 1995)),  or dictionary entries for the term associating ZERO with soft drinks. The Board found that RCC’s evidence did not meet the test for genericness; [pg 15] “we find that its evidence does not establish that the relevant purchasing public primarily uses or understands ZERO to refer to the genus of such goods.”

Descriptiveness
Even if the term “zero” is not generic, RCC argued that it was descriptive and that TCCC had failed to prove acquired distinctiveness. The Board first stated that it would consider evidence of acquired distinctiveness [pg 26] “up to the close of the opposition’s trial phase.” TCCC provided evidence of sale figures, marketing expenditure, independent media coverage, and survey evidence. Based on this evidence, the Board found that ZERO had acquired distinctiveness for soft drinks and sports drinks, but not for energy drinks. [pg 30] “We find that the cumulative effect of TCCC’s use of ZERO in connection with its line of soft drinks is so extensive that it qualifies as “substantially exclusive”…and that the use of ZERO by others is not so extensive as to rise to a level that invalidates TCCC’s claim of substantially exclusive use.”

However, four out of 17 of the TCCC applications were for energy drinks. These applications were rejected because TCCC’s evidence only addressed soft drinks and energy drinks. TCCC was given two months to disclaim the term ‘ZERO’ in these four marks in order to secure registration; [pg 31] “TCCC is allowed two months from the date of this decision in which to file a motion to amend these four applications to conform to the findings of the Board by stating that no claim is made to the exclusive right to use ZERO…”

Coca-Cola claimed that RCC’s marks would cause confusion with their family of “Zero marks”, rather than any individual mark. According to Han Beauty Inc v Alberto-Culver Co., 236 F.3d 1333, (Fed. Cir. 2001) a family of marks “only arises if the purchasing public recognises that the common characteristic is indicative of a common origin of the goods.”

The TTAB ruled that [pg 33] “[a]lthough RC had disclaimed ZERO from each of its applied-for marks, we find that RC’s marks DIET RITE PURE ZERO and PURE ZERO are not descriptive in their entirety. Rather, as a whole, the marks are inherently distinctive…RC therefore need not prove priority of the acquisition of secondary meaning in is marks to defeat TCCC’s claims, but is entitled to the benefit of its application filing dates: February 28, 2005 for DIET RITE PURE ZERO, and March 7, 2005 for PURE ZERO.” 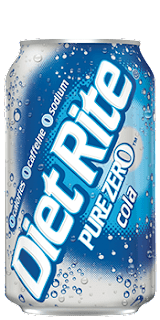 In relying on a claim of a family of marks, Coca-Cola failed to establish priority. In fact, Coca-Cola had only used one Zero mark-- Spite Zero, before RCC’s priority dates. Because the rest of the ZERO-based marks had not been used before RCC’s priority dates, Coca-Cola had  [pg 35]  “not established a family of marks indicating a single source of ZERO-formative soft drinks in the minds of the consuming public.” As such, Coca Cola’s opposition failed, even without the Board having to consider the merits of the likelihood of confusion claim.

Reviewed by Unknown on Friday, June 17, 2016 Rating: 5
The IPKat licenses the use of its blog posts under a Creative Commons Attribution-Non Commercial Licence.