The Avengers, Diana Rigg and Marvel Comics: When confusion is not confusion

Why is confusion sometimes tolerated? Case in point— “The Avengers”. What comes to mind, it seems, depends upon your generation. Recently, this 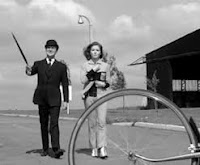 Kat was speaking with a colleague about this Kat’s fond recollections of “The Avengers” and, in particular, Diana Rigg, who, as Emma Peel, was surely one of the coolest actresses ever to appear on the screen. My colleague looked at me in a quizzical fashion. He was, of course, familiar with The Avengers, but he could not recall an actress named Diana Rigg nor a character named Emma Peel.

After a bit, it dawned on this Kat that we were talking about two completely different things. I was referring to the 1960’s English spy-fi series, which was later broadcast in the U.S. Anchored by actor Patrick Macnee and including, over time, a number of co-actresses, described as “intelligent, stylish and assertive women”, the most notable of whom was (now Dame) Diana Rigg, The Avengers became, and remains, one of the all-time cult television series. It appears that the series can still be viewed on cable. (An attempt in the late 1990’s to do a movie version was less successful.)[Indeed, as a student in the 1960’s at what was then an all-male college, this Kat took part in a seminar course on Capetian France. One session took place at the home of the lecturer. There were about 10 of us. We settled in for the session when the lecturer asked whether we would mind if a guest joined us. That guest, improbably, was Diana Rigg, who was a friend of the lecturer’s family. As I recall, fantasies ran rampant during the class; our attention to the nuances of Hugh Capet, less so.]

My colleague, to the contrary, had in mind the highly successful 2012 movie, The Avengers, inspired by the comic superhero series published by Marvel Comics since the 1960’s (there seem to have been antecedents already in the 1950’s). The movie is part of what is called the “Marvel Cinematic Universe (MCU) films”, a series of superhero films that are taken from characters that appear in various publications of Marvel Comics. The 2012 film, The Avengers, is reported to have grossed over $1.5 billion dollars, making it one of the most financially successful films of all time.

What is interesting is that, in the exchange regarding the title, The Avengers, for entertainment services, there clearly had been an instance of actual confusion between my colleague and me about what entertainment program was being discussed. This Kat tried to find any instance where the production company of the television series ever sought to challenge Marvel Comics (or later, Disney, which bought Marvel Entertainment in 2009 with the intention of turning the comic series and related entertainment outlets into a movie franchise), or vice versa, but he could not. It seems that each was content to allow the other to make use of the same name, even in the face of actual confusion.

At one level, this apparent “live, and let live” situation may simply reflect the position that ultimately, whether or not to enforce one’s rights about confusion is a commercial matter for the parties concerned. “The Avengers” of the 1960’s has little commercial significance today and it is prized mainly for its cult and nostalgia value. As such, the confusion evinced by this Kat’s colleague has nothing to do about the commercial source of the two entertainment series; the 1960’s television series is simply irrelevant. For this Kat, his intention was clearly the 1960’s television series; in discussing The Avengers and Emma Peel, the 2012 movie never came to mind. As such, it would appear that the confusion was in communication rather than in the source of the respective entertainment series. No one, it would seem, is exploiting the goodwill of the other. This little story serves to remind us that not all confusion about words and titles may be a matter of intellectual property and the categories that we have created to prevent such confusion.
The Avengers, Diana Rigg and Marvel Comics: When confusion is not confusion

Reviewed by Neil Wilkof on Friday, June 03, 2016 Rating: 5
The IPKat licenses the use of its blog posts under a Creative Commons Attribution-Non Commercial Licence.