On June 2, 2016, the Ninth Circuit in VMG Salsoul v. Madonna Ciccone decided that de minimis samplings of sound recordings are non-infringing.  In that case, VMG Salsoul alleged that a producer working for Madonna on the song Vogue copied a ".23 second segment of horns, from an earlier song, known as Love Break."  Importantly, the Ninth Circuit is rejecting the interpretation of the infamous Sixth Circuit decision in the 2005 Bridgeport Music Inc. v. Dimension Films case finding that the de minimis exception does not apply to infringement of sound recordings.  That case essentially found that any sampling of a sound recording resulted in infringement and, thus must be licensed.

The Ninth Circuit examined multiple sections of the Copyright Act and ultimately determined that Congress did not intend to exempt the de minimis doctrine from infringement analysis of sound recordings.  The critical section of the Copyright Act at issue was section 114(b), which states in relevant part:


The exclusive rights of the owner of copyright in a sound recording under clauses (1) and (2) of section 106 do not extend to the making or duplication of another sound recording that consists entirely of an independent fixation of other sounds, even though such sounds imitate or simulate those in the copyrighted sound recording.

In analyzing that sentence, the Ninth Circuit stated:


Like all the other sentences in § 114(b), the third sentence imposes an express limitation on the rights of a copyright holder: “The exclusive rights of the owner of a copyright in a sound recording . . . do not extend to the making or duplication of another sound recording [with certain qualities].”  . . .  We ordinarily would hesitate to read an implicit expansion of rights into Congress’ statement of an express limitation on rights. Given the considerable background of consistent application of the de minimis exception across centuries of jurisprudence, we are particularly hesitant to read the statutory text as an unstated, implicit elimination of that steadfast rule.

A straightforward reading of the third sentence in § 114(b) reveals Congress’ intended limitation on the rights of a sound recording copyright holder: A new recording that mimics the copyrighted recording is not an infringement, even if the mimicking is very well done, so long as there was no actual copying. That is, if a band played and recorded its own version of Love Break in a way that sounded very similar to the copyrighted recording of Love Break, then there would be no infringement so long as there was no actual copying of the recorded Love Break. But the quoted passage does not speak to the question that we face: whether Congress intended to eliminate the longstanding de minimis exception for sound recordings in all circumstances even where, as here, the new sound recording as a whole sounds nothing like the original. 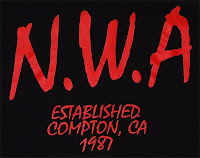 In examining the legislative history, the Ninth Circuit further found that Congress intended that the sentence was designed to limit rights of the copyright holder not expand them.  The Ninth Circuit then eviscerated the weak reasoning of the Sixth Circuit's Bridgeport Music decision by following the analysis of the well-respected Nimmer on Copyright treatise.  The Ninth Circuit faulted the Sixth Circuit for ignoring the statutory structure and legislative history; missing the meaning of the limiting third sentence of section 114(b); and for its unpersuasive analysis based on the nature of sound recordings and sampling itself.  Finally, the Ninth Circuit rejected the prudential argument that the court should not create a circuit split.

This issue is now ripe for decision by the U.S. Supreme Court. Based on the solid analysis of the Ninth Circuit, it is unlikely the U.S. Supreme Court will follow the Bridgeport Music v. Dimension Films reasoning.  The debate does raise the classic issue concerning the merits of a bright-line rule that creates clear expectations on the part of participants in the industry.  The Ninth Circuit position arguably creates uncertainty, but if Congress did not intend special rules for sampling with sound recordings and the musical genres that rely on sampling, then maybe we shouldn't have them.  To listen to clips of the relevant portions of the songs at issue (and for more information), please see the excellent Columbia Law School and USC Gould Law School Copyright Music Infringement Resource, here.  [Kat pat to Professor Mike Schuster, Oklahoma State University]
Ninth Circuit Finds De Minimis Sampling of Sound Recordings Non-Infringing

Reviewed by Mike Mireles on Sunday, June 05, 2016 Rating: 5
The IPKat licenses the use of its blog posts under a Creative Commons Attribution-Non Commercial Licence.