InternKats: Sophie Corke, Magdaleen Jooste, and Anastasiia Kyrylenko.
Home Article 101 TFEU CJEU reference patent licence / Opinion of AG Wathelet in C-567/14: it's okay to pay for peace of mind, as long as you can change your mind

Opinion of AG Wathelet in C-567/14: it's okay to pay for peace of mind, as long as you can change your mind

Mark Schweizer Wednesday, June 01, 2016 - Article 101 TFEU, CJEU reference, patent licence
The opinion of AG Wathelet in the case C-567/14 Genentech vs. Hoechst, Sanofi Aventis is admittedly a couple of months old but does not seem to have been covered on IPKat before. While it concerns EU competition law, it is an area of competition law that is ignored by IP lawyers at their peril.

In 1992, Hoechst (or rather it predecessor Behringwerke) granted a worldwide non-exclusive licence


Under the agreement, Genentech was liable to pay a one-off fee of about EUR 10,000, an annual fixed fee of EUR 10,000 and a 0.5% running royalty on all sales of "finished products". Genentech paid the one-off fee and and fixed annual fees, but never paid any running royalty. In June 2008, Hoechst enquired about payment of the running royalty, upon which Genentech terminated the license agreement in August 2008, taking effect in October 2008 (the short two months notice period is important). 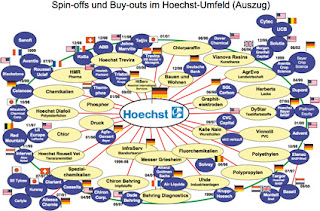 Shortly thereafter, Hoechst filed a request for arbitration with the International Chamber of Commerce, demanding royalty payments for use of the enhancer in the synthesis of recombinant proteins in order to manufacture Rituxan®, and sued Genentech for patent infringement in the US. Genentech countersued for invalidity of the US patents US 522 and US 140. On  11 March 2011, the United States District Court for the Northern District of California held, in essence, that there was no infringement of the patents in question and dismissed the action for revocation of the patents, finding that Genentech had not met the required threshold of proof. That decision was upheld on 22 March 2012 by the United States Court of Appeals for the Federal Circuit and became final.
In his award(s), the sole arbitrator found Genentech liable to pay running royalties for the sale of Rituxan®. He took the view that, once a patent has been registered, a licensee could be comforted by securing a licence for the use of the patent, unlike a third party who might be deterred from competing with a licensee. The sole arbitrator therefore considered that, under the licence agreement, the registration of the patents was a relevant consideration in order to establish the existence of a commercial purpose for concluding the agreement at issue, even if the question of the validity of the patents was not. He pointed out that a patent dispute could last for years, as evidenced by the parallel disputes in the United States, and incur considerable costs. A company such as Genentech therefore had an interest in concluding such an agreement. This view - that the royalties were due despite the patents not being infringed or not valid - was not contrary to EU competition law.
Genentech brought an appeal to the Cour d'Appel de Paris, which considered it necessary to ask the CJEU whether such an agreement was compatible with Article 101 TFEU. On 17 March 2015, Attorney General Wathelet delivered his opinion, which contains a number of interesting points.
Firstly, the AG considers provisions of national law which prevent international arbitral awards being reviewed as to their substance except where there is a flagrant infringement of international public policy as contrary to the principle of effectiveness of EU law. It was for the courts of the Member States, within the meaning of Article 267 TFEU, to examine, if necessary by referring a question for a preliminary ruling, the compatibility of (international or domestic) arbitral awards with EU law where an action is brought before them for annulment or enforcement (at 57). It made no difference whether the infringement of the public policy rule was flagrant or not. No system could accept infringements of its most fundamental rules, such as Artivle 101 TFEU, making up its public policy, irrespective of whether or not those infringements are flagrant or obvious. It was also irrelevant whether the EU public policy question was raised or debated during the arbitration proceedings.
This is potentially a bombshell for arbitration. While the AG subsequently limits his language to "infringements of [EU]s most fundamental rules making up its public policy", the reason he gives at para. 57, namely that the courts of the member states must ensure compatibility with EU law and refer questions of EU law to the CJEU, is not limited to fundamental rules of public policy. Any question of EU law must be referred to the CJEU if clarification is required. This reasoning would therefore require a full review of any arbitral award for compliance with EU law by a national court. This is contrary to the expediency of arbitral proceedings, which is generally considered one of their main advantages. If, on the other hand, the review is limited to fundamental rules making up public policy, the opinion does not go beyond Eco Swiss (C‑126/97, EU:C:1999:269).


With regards to the compatibility of the specific provision obliging Genentech to pay royalties for an invalid patent with Article 101(1) TFEU, AG Wathelet considered Ottung (320/87, EU:C:1989:195) to be applicable by analogy. Article 101(1) TFEU was not infringed by a provision in a license agreement that required the licensee to pay royalties for an invalid or non-infringed patent where the commercial purpose of the agreement was to enable the licensee to use the technology at issue while averting patent litigation, provided that
This seems reasonable and indeed a fairly straightforward application of Ottung. But I wonder whether the Cour d'Appel de Paris would have referred the question had it known that the potential outcome is the finding that an interpretation of Article 1520 of the French Code of Civil Procedure which  limits the annulment of international arbitral awards to those that flagrantly infringe international public policy is incompatible with EU law.
Opinion of AG Wathelet in C-567/14: it's okay to pay for peace of mind, as long as you can change your mind

Reviewed by Mark Schweizer on Wednesday, June 01, 2016 Rating: 5
The IPKat licenses the use of its blog posts under a Creative Commons Attribution-Non Commercial Licence.