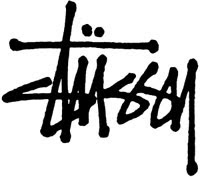 Help needed, please! In the Stussy case, Case C-244/00 Van Doren + Q GmbH v Lifestyle + Sportswear Handelsgesellschaft mbH [2003] ETMR 75, 8 April 2003, the European Court of Justice was faced with a tricky problem involving burden of proof of consent to the marketing of goods where the trade mark owner said they hadn't been put on the market in the EEA by the trade mark owner or with its consent, while a retailer of the allegedly infringing goods said they had. Does the trade mark owner have to prove lack of consent, or does the retailer have to prove its existence? The ECJ, with an eye to the realities of competition in the EEA, ruled as follows:

"A rule of evidence according to which exhaustion of the trade mark right constitutes a plea in defence for a third party against whom the trade mark proprietor brings an action, so that the existence of the conditions for such exhaustion must, as a rule, be proved by the third party who relies on it, is consistent with Community law and, in particular, with Articles 5 and 7 of … Directive 89/104 …. However, the requirements deriving from the protection of the free movement of goods enshrined, inter alia, in Articles 28 EC and 30 EC may mean that this rule of evidence needs to be qualified. Accordingly, where a third party succeeds in establishing that there is a real risk of partitioning of national markets if he himself bears that burden of proof, particularly where the trade mark proprietor markets his products in the European Economic Area using an exclusive distribution system, it is for the proprietor of the trade mark to establish that the products were initially placed on the market outside the European Economic Area by him or with his consent. If such evidence is adduced, it is for the third party to prove the consent of the trade mark proprietor to subsequent marketing of the products in the European Economic Area".

IPKat co-blogmeister Jeremy is wondering whether any national courts in Europe have actually applied this ruling and have said that, since the claimant in trade mark proceedings may be able to partition the Single Market into lots of separate national markets, the burden of proof that the allegedly infringing goods weren't put on the market with its consent will fall on it to prove? He hasn't found any examples in his own research, but would like to hear by email from anyone who knows of such a case. Merpel says, there probably isn't one: the chances of the risk of market partitioning being caused by the defendant having to satisfy the burden of proof must be quite remote. 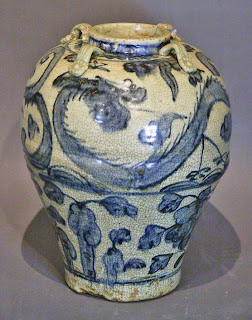 Prompted by a recent posting on this weblog, Ian Harvey, Chairman of the Intellectual Property Institute and a serious China-watcher, has emailed the IPKat to say:

"I believe that we are also seeing here the beginning of a trend that foreign companies will sue each other first in China as a venue of choice.

Some companies are belatedly realising that the quality of the courts and decisions in China can be of very high quality, provided that you choose jurisdiction sensibly (just as in the US or Europe!). By international standards the costs in China from filing to decision on appeal are low ($50k - $120k) and quick (12–15 months). So getting a decision first in China may well become a sensible commercial choice of forum-shoppers.

Did IPKat readers know that there was more patent litigation filed last year in China than in any other country, including the US? 98% of those cases were Chinese company suing Chinese company – presumably they believe that both IP is important to their company and that the Chinese judicial system is worth using. Of the 2% foreign companies who sued, 90% won their cases. That compares with, I estimate, 30-40% of foreign companies who sue in the US win their cases. Just look at the record in East Texas – I believe that no foreign company has ever won a case there.

Foreign companies generally understand very poorly what is happening in IP in China. They had better wake up before it is too late".

The IPKat thanks Ian for this message. Every country's ability to enforce IP rights must be regularly reviewed and past results are no guide to future performance. This applies to China too, a jurisdiction which seems more sensitive to foreign criticism than the United States is.

Merpel says, true - but statistics can be dangerous if left to themselves. For example, can the fact that 90% of foreign companies that sued for patent infringement were successful in China, as against just 30-40% in the United States, be a reflection on the fact that infringement of foreign patents in China is more rampant and egregious?

Reviewed by Jeremy on Monday, March 12, 2007 Rating: 5
The IPKat licenses the use of its blog posts under a Creative Commons Attribution-Non Commercial Licence.