Liffe in the pink 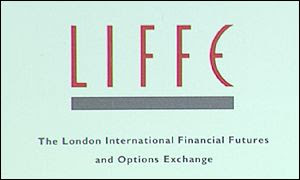 It's not yet on BAILII, but the IPKat found Liffe Administration & Management v Pinkova and De Novo Markets Ltd [2007] EWCA Civ 217 on the LexisNexis Butterworths subscription-only case alerter this morning. It's a ruling by the Court of Appeal for England and Wales (Sir Andrew Morritt C, Longmore and Jacob LJJ) in an appeal from the decision of Mr Justice Kitchin (noted here on this weblog) in a case involving the ownership of patents made by inventors in the course of their employment.

In short Pinkava, an employee of Liffe (the company that runs the London futures exchange), devised a system that permitted trading to take place through an electronic exchange of various types of financial instruments (credit default swaps, credit index swaps, interest rate swaps and overnight index swaps). Without Liffe's knowledge or permission, Pinkava filed patent applications in the United States, where business methods are patentable, and later assigned them to his own company, De Novo. Liffe sued him for misuse of confidential information and breach of contract, also seeking a declaration that it owned the US patent applications. Pinkava applied to the UK Patent Office for a declaration that he owned the inventions: these proceedings were then transferred to the High Court. According to Liffe the inventions, being made in the course of Pinkava's duties, belonged to it under s.39(1) of the Patents Act 1977.

At first instance Kitchin J ruled that Pinkava's inventions belonged to Liffe: although the inventions were made in the course of duties falling outside Pinkava's normal duties, the circumstances were such that an invention might reasonably have been expected to result from them. In this context Liffe had argued that "normal duties" within the meaning of s.39(1)(a) of the Patents Act 1977 included duties imposed by a contract of employment and evolved over time, even if they weren't what an employee was specifically employed to carry them out.

Pinkava appealed. In his view the judge had correctly construed "normal duties" as equating to "day to day" or "primary" duties, but that evolution of contractual duties was irrelevant. Pinkava also submitted that in determining the "reasonable expectation" limb of s.39(1)(a), the invention under consideration had to be "similar" to that which might reasonably be expected, the result being that s.39 was intended to provide a more favourable test of ownership than that provided by common law.

The Court of Appeal dismissed Pinkava's appeal, considering that the inventions had materialised out of Pinkava's "normal duties". In the Court's view

* Since contracts of employment evolved with time it was dangerous to look only at the terms contained in the initial written contract of employment.

* Extra or different duties to those initially recorded were not to be regarded only as duties "specifically assigned", since it was quite possible for them to have become "normal" over time - a point to which Kitchin J had paid insufficient attention.

* On the facts it was difficult to resist the conclusion that Pinkava's normal duties at the time he made his inventions included a responsibility to consider and devise the system that was the subject of this dispute.

* Since the duties described in s.39(1)(a) of the Act as being "normal" or "specially assigned" were mutually exclusive, there was no need to consider whether Pinkava's inventions arose from the performance of duties that were "specifically assigned" (though Kitchin J's conclusions concerning specifically assigned duties could not be faulted).

* The expectation of an invention had to arise from the carrying out of the employee's duties by that person himself, not by some notional employee of reasonable or average ability. Accordingly the qualities of the particular employee were relevant. Neither the size of the invention nor the fact that Pinkava had not been asked to do what he achieved was relevant to the interpretation of s.39(1)(a); an invention from the carrying out of his duties, normal or specifically assigned, by Pinkava had been reasonably to be expected as a result, even if the particular invention had not been expected. 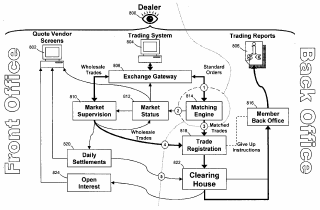 Jacob LJ dissented on this last issue. In his view s.39 was to be construed in conjunction with s.42(2), which limits the power of contracts to remove or diminish any entitlements to which the employee inventor is statutorily entitled. When considering the expectation of an invention, it was difficult to "expect" an invention to result from research if, in order for it to be patentable, it had to be novel and non-obvious. It would normally follow that, if an employee was employed to innovate, s.39(1)(a) would normally be satisfied regardless of the employee's individual qualities.

The IPKat, without access as yet to the full judgment, suspects that he may side with Jacob LJ when he reads the full text - but he's not sure that that's what Parliament originally intended when ss 39 and 42 were passed into law in 1978.

23 March update: the judgment is now available here on BAILII.
Liffe in the pink

Reviewed by Jeremy on Friday, March 16, 2007 Rating: 5
The IPKat licenses the use of its blog posts under a Creative Commons Attribution-Non Commercial Licence.