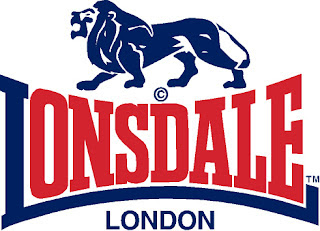 Some people get really excited about contentious IP work but find transactional issues quite dull. The truth is that any transactional issue - an assignment, a licence, the splitting of an IP portfolio, even a spot of due diligence - can end up as contentious work if you go about them the right (i.e. wrong) way. If you don't believe the Kat, take a look at Leofelis SA and another v Lonsdale Sports Ltd and others [2007] EWHC 451 (Ch), an England and Wales Chancery Division decision of Mr Justice Evans-Lombe. The ruling was made on 8 March, which might only be a week ago but seems like longer. What actually caught the IPKat's eye was the word 'leofelis' which, he believes means 'happy lion' - the King of the Kats.

In February 2001 Lord John licensed the use of the Lonsdale trade marks to Alavi. The licence was a 'non-exclusive royalty free licence to use the trade marks throughout the world'. In November 2002 Lonsdale Sports and TLC granted Leofelis an exclusive licence to use the Lonsdale marks throughout the EEA as well as in Switzerland, but excluding the UK and Ireland. This licence was to run for six years from 1 January 2002 at a fixed annual royalty, aggregating over the whole of the six year period to EUR 16m. Under Clause 2.1 of that agreement Lonsdale Sports and TLC granted Leofelis

"the exclusive licence in the territory to use the trade marks in relation to the goods [the products] subject to the provisions of certain "... distribution agreements" set out in part 5 of the first schedule".

"The licence granted pursuant to this agreement is subject to any existing licences or rights, whether written or not, which may have been granted in respect of the trade marks. The proprietor [the first defendant] and the licensor [the second defendant] are not aware of any other licences or rights having been granted in respect of any of the trade marks".

Leofelis and Leeside sued Lonsdale Sports and TLC for damages for misrepresentation and breach of clause 2.2 of the November 2002 licence, citing an alleged failure to disclose Alavi's continuing rights in the Lonsdale marks. Lonsdale Sports and TLC counterclaimed for terminatation of the November 2002 agreement (and by implication Leofelis's sub-licence under it), alleging various breaches.

Evans-Lombe J allowed Leofelis' claim and dismissed the counterclaim. He held that

* On a true construction of the agreements the failure of Lonsdale Sports and TLC to disclose the rights conferred upon Alavi constituted a breach of Clause 2.2.1 of the November 2002 agreement.

* neither Lonsdale Sports and TLC had ever made any effort to show that they genuinely believed in the truth of the representations they made.

* Leofelis had established entitlement to receive damages for misrepresentation or damages for breach of contract.

The IPKat feels very sad when this sort of thing happens. So much effort goes into identifying a profitable business opportunity, negotiating and drafting terms, sorting out marketing, distribution and advertising plans - and we can assume that the right questions were asked before contract - and then it turns out that there's an undisclosed earlier licence flapping around.

Right: the Lonsdale Belt - something to fight for ...

Merpel says, that's what happens where businessmen view a trade mark licence as a piece of red tape that has to be tolerated but certainly not respected, rather than as the viable basis for a mutually satisfying commercial relationship.

Reviewed by Jeremy on Sunday, March 18, 2007 Rating: 5
The IPKat licenses the use of its blog posts under a Creative Commons Attribution-Non Commercial Licence.