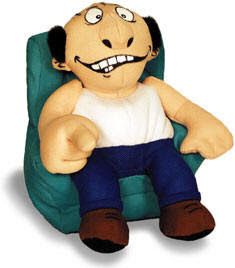 In a decision most law students are likely to want to read, the dispute between "Pull My Finger Fred" and "Fartman" is now resolved. It certainly brings the tone of copyright discussions down a meaningful peg.
The appeal of JCW Investments Inc v Novelty Inc was decided Wednesday by the US Court of Appeals for the 7th Circuit. The original dispute was provoked by what the Plaintiff, Tekky Toys, perceived to be an alarming similarity between their star flatulist, "Pull My Finger Fred," in the product of Novelty Toys. Tekky Toys produces the charismatic "Pull My Finger Fred," while Novelty Toys produces the less subtle "high street" version, "Fartman." As Wood J stated, "Fartman could be Fred's twin."
Fred's repertoire, when one pulls his finger, includes, "Did somebody step on a duck?", "Silent but deadly", and other oldies but goodies. Fartman's slightly more limited repertoire included two of Fred's jokes.
After the success in the district court of the claims for copyright and trade mark infr 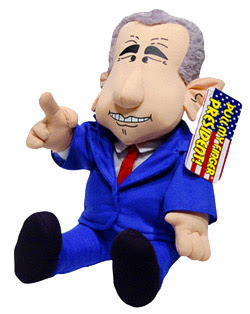 ingement, as well as unfair competition, the 7th Circuit affirmed: "it turns out that there is a niche market for farting dolls, and it is quite lucrative," stated Wood J. Apparently Tekky Toys produces a whole line of farting dolls, "Fred was just the beginning."

One wonders if there is more litigation to come (see right).
Did somebody step on a duck?

Reviewed by Johanna Gibson on Friday, March 23, 2007 Rating: 5
The IPKat licenses the use of its blog posts under a Creative Commons Attribution-Non Commercial Licence.