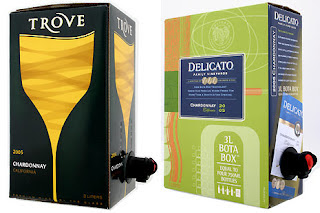 Whatever one's thoughts about wine in a box, it is necessary to be fair and objective when considering disputes concerning patents. In this vein of thought the IPKat turns to LB Europe Ltd (trading as Dupont Liquid Packaging Systems) v Smurfit Bag in Box SA and another [2007] EWHC 510 (Pat), a Patents Court decision last Thursday from Roger Wyand QC, sitting as a deputy judge of the High Court, which seems to have escaped the attention of everyone except LexisNexis Butterworths' subscription service.

LB and Smurfit both made and sold flexible 'bag-in-box' liquid packages containing tap units made up of a tap and a plug into which it was fitted; these bags-in-boxes were used mainly for wine. A second defendant sold the tap units separately. Each bag was made from an aluminium molecular foil deposit. The products were disposable and the tap mechanism had to be as cheap and leakproof as possible.

The taxation authorities, particularly those in France, required that the product should be capable of being sealed with a stamp or licence indicating that the relevant duties had been paid. The tap also had to be tamper-evident. Smurfit owned a patent for a tap that addressed all these issues. Claim 1 provided for a tearable taxing device together with the engagement means for fixing it to the bag, the combination of those features making the mechanism tamper-proof.

Left: so long as the picture on the label isn't indicative of the taste of the contents ...

In 2004, after LB supplied an example of its product to Smurfit, a dispute arose between them and LB sought (i) an injunction to restrain unjustifiable threats of patent infringement, (ii) a declaration of non-infringement (iii) and revocation of the patent. Smurfit counterclaimed for infringement. In these proceedings, which dealt with the validity of the patent, LB submitted that the tearable taxing means and the engagement device were obvious in the light of the prior art, which consisted of two French patent applications and an existing product that enjoyed around 95% of the European market when Smurfit's patent application was filed. Smurfit contended that the patent was valid and infringed.

Roger Wyand QC agreed with Smurfit that the patent was valid but, siding with LB, ruled that it had not been infringed.

Right: what cats would do if they only had opposable thumbs - clever visuals by imgag.com (click on image for full effect)

* On the evidence and employing normal principles of patent claim construction, Smurfit couldn't show that LB's engagement mechanism and plug contained the features described in Claim 1 of the patent.

The IPKat wishes that the tamper-evident seal was there to protect the consumer against deterioration of the quality of the wine, rather than loss of tax revenue to the State. Merpel says, if you don't have opposable thumbs it doesn't much matter whether the vino's in a box or a bottle ... 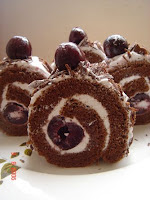 A little dazed by the constant stream of sparkling emails that seeks him out daily, the IPKat quite forgot to post the information he received from his friend Wolfgang Schramek concerning International Registrations designating Switzerland. For such applications an expedited examination can take place (on absolute grounds only). The fee amounts to 400 CHF. The Swiss Office then examines the file within a month. Further information is available here.

Ancient joke: how do you make a Swiss Roll? Answer (and recipe) here
Smurfit, tight fit and pat lit; Swiss on a roll with expedited trade mark applications

Reviewed by Jeremy on Tuesday, March 20, 2007 Rating: 5
The IPKat licenses the use of its blog posts under a Creative Commons Attribution-Non Commercial Licence.