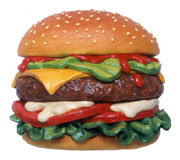 Following Lithuania's lead, global burger barons McDonald's are seeking not so much to prohibit use of the word 'McJob' as to change its meaning instead. The BBC, with an assist from Simon Haslam (Abel & Imray), reports that the target of its corporate diplomatic offensive is the Oxford English Dictionary, which currently defines the word as

"An unstimulating, low-paid job with few prospects, esp. one created by the expansion of the service sector."

The fast food chain is planning a public petition to try to change the definition. The word, first used in the US in the 1980s, was popularised by Douglas Coupland's 1991 book Generation X and entered the online version of the Oxford Engish Dictionary in March 2001. Says Merpel, this must be part of an overarching plan ... 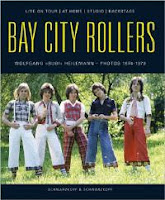 From exactly the same source comes this bit of forthcoming litigation: 1970s tartan band Bay City Rollers are suing their record company Arista (now part of Sony) before a New York court for millions of dollars in unpaid royalties. The band complains that Arista Records withheld payments from album sales, merchandise, commercials, film rights and ringtones during the last 25 years. The IPKat, who was not a fan, recalls the band's popularity during the early 1970s and wonders if their unpaid royalties add up to as much money as their detractors would pay as the price of their silence. Merpel says, no royalties to speak of for 25 years ... and they've only just noticed?

Reviewed by Jeremy on Friday, March 23, 2007 Rating: 5
The IPKat licenses the use of its blog posts under a Creative Commons Attribution-Non Commercial Licence.