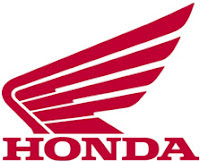 Now here's a little surprise, delivered by the Court of Appeal for England and Wales (Lord Clarke, Master of the Rolls, Lords Justices Rix and Lloyd) yesterday in Honda Giken KKK v KJM Superbikes Ltd. So far, this decision has only appeared as a short note on Lawtel.

This was an appeal by KJM against an order of a judge (the IPKat thinks it was Andrew Simmonds QC, sitting as a Deputy Judge, 7 March), dismissing its application for a letter of request to be issued to the Australian judicial authorities for the examination of witnesses allegedly relevant to parallel imports proceedings brought by motorbike makers Honda.

In essence, KJM had been buying Honda bikes from an export firm, importing them into the UK. Honda sued for trade mark infringement, alleging parallel importation of bikes that had not been put on the market in the European Economic Area with its consent. KJM said it did have consent, either express or implied, from Honda's Australian-based subsidiary (which the subsidiary denied). KJM then applied for a letter of request to be issued to the Australian courts for the examination of two potentially relevant witnesses: the sales director of Honda's Australian subsidiary and the director of the export firm. The judge said that this was "fishing" and held that it was not a bona fide request for relevant evidence from suitable witnesses.

Right: "A brand owner needs a parallel importer like a fish needs a bicycle" ...

Allowing KJM's appeal, the Court of Appeal considered that the trial judge was wrong to deem the request to be a "fishing" matter. The letter of request was plainly concerned with obtaining potentially significant evidence for use at the trial from witnesses who were plainly capable of giving such evidence. What's more, the witnesses' importance was obvious, given their roles in their respective companies. The court added that, where the truth as to the issue of consent was to be found in the witnesses' accounts and the burden to prove consent was upon KJM, it was neither fair nor in the interests of justice that KJM should be prevented from issuing the letter of request.

The IPKat says this is interesting. following the ECJ's ruling in Case C-244/00 Van Doren, the burden of proof of consent to marketing may shift from the alleged infringer to the trade mark owner where the former can persuade a court that the latter, by enforcing his trade mark right, is effectively partitioning the single European market into separate markets. If it been Honda that sought the Australian evidence, would the trial judge have been so swift to characterise an application for a letter of request as "fishing"? Merpel says, this is a most unfor-TUNA-te ruling for Honda, who must dread the thought of any more pre-trial herrings ...

Australian fish recipes here and here
Australian boomerangs here (now here's a paradox, says the IPKat - if you buy one and it doesn't work, the website says you can return it ...)


Three appeals relating to Community trade marks have come off the Luxembourg judicial production line today, thanks to all that hard work from the Court of First Instance. They are 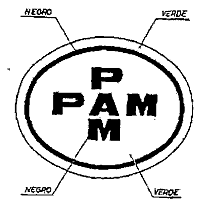 * Case T-322/05 Brinkmann v OHIM, Terra Networks. This ruling is in French and German only, so if you'd like to read something easier just try reading the IPKat's thoughts on the lack of translations into other languages ...

The IPKat hasn't yet had time to read/translate any of these decisions, but hopes to revert to them when time (and spare brain capacity) permits.
CA lets bike dealer go fishing down under; Three more rulings from CFI

Reviewed by Jeremy on Thursday, March 22, 2007 Rating: 5
The IPKat licenses the use of its blog posts under a Creative Commons Attribution-Non Commercial Licence.