“Orphan works”, with its Dickensian-sounding connotation (“please sir, I want some more”), refers inter alia to a copyright work for 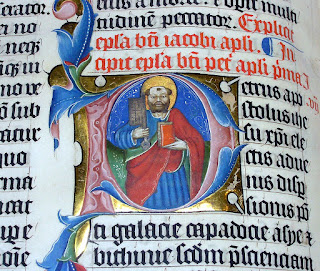 which the rightsholder cannot be determined. Orphan works bedevil copyright practitioners and have spawned various national legislation. But it is not only modern-day copyright lawyers who ask what we know about the author of a work. When it comes to ascertaining the provenance of a work created in medieval times, historians together with anthropologists, archeologists, medical researchers and scientists, are all involved, as they seek to undercover the identity of the creator of “orphan works” of pre-copyright law times.

The story, as just recounted in the journal, Science Advances (“Medieval women’s early involvement in manuscript production suggested by lapis lazuli identification in dental calculus”) must rank among the more fascinating instances of such an inquiry, bringing together dental records, trade flows and pigments to suggest the role of women creators in medieval times. Kat readers are invited to don their history hat and read on.

The question is much debated to what extent women were engaged in the creative industries in Europe in the High and Late Middle Ages (1000-1500), prior to the modern notion of authorship. Still, we know that works, mostly religious in nature, were being created, laboriously by hand. So what better place to look for evidence of the contribution of women to these creative efforts than in the monasteries, which housed both men and women. But extant manuscripts from that period are few and are not likely to include author/creator attribution. Given this paucity of direct attribution, how about looking for answers … well, in dental records?

In particular, attention was drawn to the dental calculus of a woman of presumed middle age (radiocarbon-dated to between 997–1162), identified in the study as B78 [that sounds a bit too alphanumeric for this Kat, who would never call his grandmother “B78” , so let’s call her “Agnes”], buried on the grounds of the site of a church- monastery complex that once stood at Dalheim, Germany. The focus was on the presence of certain blue flecks that were embedded the teeth of Agnes. It was determined that they included -–

… ultramarine, a brilliant blue pigment produced from lapis lazuli stone mined only in Afghanistan. Rare and as expensive as gold, this pigment transformed the European color palette….

For the medieval historian (full disclosure, this Kat toiled away in this academic field for his first degree), the presence of such a valued, exotic item sourced all the way from Afghanistan to northern Germany already in the 12th century was a significant finding. But for IP types, of special interest was that the flecks were found in the dental calculus of a pious woman on the grounds of a monastery and the explanation given for it by the researchers. Four scenarios were considered in the article.

First, Agnes performed “devotional osculation “, i.e., the practice of kissing figures in illuminated prayer books, produced by others. However, this custom did not become popular until 1300, and the skeleton was dated at least 150 years earlier than that.

Second, Agnes consumed the lapis lazuli pigment in the context of lapidary medicine, which sought the properties and virtues of precious and semi-precious stones, including medical benefits, and which was popular in the Middle Ages. While there is some record that lapis lazuli was used for medicinal purposes in ancient times, there is no evidence that it was so used in Germany during the time period for which skeleton has been dated.

Third, Agnes was engaged in the preparation of artist materials. But merely grinding up the lapis lazuli stone is said to yield a dull grey pigment. In order to obtain the brilliant blue ultramine pigment that was found, a much more sophisticated method for refining the stone was required, a technique that was not known in Europe until centuries later (remember that medieval Europe was a technological laggard).

Fourth, that leaves us with the conclusion that Agnes was engaged in the production of illuminated manuscripts. Since the pigment was rare, it is not likely that just anyone involved in preparing the manuscript would have access to it. As such, it is reasonable to conclude that Agnes was highly skilled, and her services were being called upon to help produce a manuscript of importance.

Okay, that is all well and good, but how did the flecks of the lapis lazuli pigment get lodged in her teeth? Think about putting a pencil in one’s mouth, only to have flakes of the coating peel off, the better to get caught in your teeth. Even painters were wont to do it. In an engaging article in The New Yorker discussing movies about Vincent van Gogh, it was written—

Out in the open air, he licks his brush between strokes, ending up with a mouth of grassy green, and, down in Arles, this visual greed becomes all the more consuming. He quaffs turpentine and spreads blue pigment onto a crust a bread as if were cream cheese. Man, it appears, can live on paint alone. 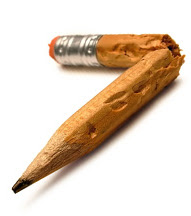 So, what we have, based on some pigment flakes found in the teeth a 12th century skeleton, is evidence that Agnes were integrally involved in the production of manuscripts in 12th century Germanic lands. This finding, together with other research, points to a greater degree of involvement at a high creative level by women of that period than was once believed.

Circling back to the challenge of orphan works, we will never know the real name of Agnes, or which illuminated manuscripts she helped create. But we now likely know that there were multiple women, like Agnes, engaged in creative manuscript production during that time.

Off to the dentist, anyone?

For more on Agnes and her tell-tale teeth, see here and here.


Picture on upper right by Arpingstone, who has released it into the public domain.
Picture in middle is distributed as part of work subject to a Creative Commons Attribution Non-Commercial License.
Picture on lower left is by Pwlps and is licensed under the Creative Commons Attribution-Share Alike 5.0 International license.
A 12th century tale of an orphan work (it's all about the teeth)

Reviewed by Neil Wilkof on Sunday, January 13, 2019 Rating: 5
The IPKat licenses the use of its blog posts under a Creative Commons Attribution-Non Commercial Licence.