Why was there a need for a Trade Secrets Directive? An Italian perspective 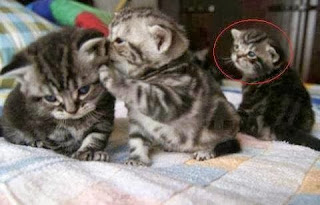 As readers know, the adoption of the EU Trade Secrets Directive has required Member States to amend their own laws in order to transpose this new piece of EU legislation into their own systems. However, not all countries had to account for a major shift in trade secrets protection, Italy being an example.

Heres’s what they write:

“Since its introduction, EU Directive 2016/943 (Trade Secrets Directive) has been at the centre of several discussions in EU Member States, which had to deal with their national legislations in an effort to adapt to the new EU rules.

Indeed, the Directive’s main aim is to harmonise national legislations with respect to the protection of Trade Secrets.

The proposal for a Directive, dated 28 November 2013, stated that:
In addition, several Member States did not have rules aimed at safeguarding trade secrets during litigation, thus deterring subjects suffering from any trade secret misappropriation from seeking redress in court.

The purpose of the Directive was therefore to redress this situation by providing a harmonized level of protection throughout Europe.

In this context, however, Italy proved itself more prepared than other countries in facing the changes mandated under the Directive, thereby demonstrating the solid character of pre-existing legislation.

Historical background on the protection of trade secrets in Italy

The Italian legal system was indeed already characterized by a very advanced level of protection and degree of awareness regarding the need of protecting trade secrets even before the adoption of the Directive.

That was mainly because instances of trade secrets misappropriation (especially in relation to employees’ diversion and related unfair competition acts) have always been rather common in Italy. Therefore, the legislature, courts and practitioners had to tackle this problem well before the introduction of the new rules.

In fact, already before 1996 (see further below), although no specific laws did regulate trade secrets, protection could be sought through unfair competition laws and the misappropriation of trade secrets was already punished as a crime, pursuant to Article 623 of the Italian Criminal Code.

The level of protection increased with Italian Legislative Decree No 198/96, which adapted the Italian legal system to the TRIPS Agreement. At that time, specific provisions for trade secrets were introduced, but – again – their violation was simply considered as a particular case of unfair competition.

In 2005 however, following the introduction of the Intellectual Property Code (‘IP Code’), trade secrets were expressly regulated in Articles 98 and 99 of the IP Code and therefore treated as any other IP rights. Indeed, the inclusion of the rules on trade secrets in the IP Code and their qualification as (a kind of) intellectual property right meant that the IP code rules were directly applicable not only against competitors, but also to non-competitors companies and physical persons (in particular, former employees). From that moment, misappropriation of trade secrets has also been benefiting in Italy from the same procedural rules applied for the protection of intellectual property rights (protective and corrective measures, including the application of all the sanctions provided for protection of industrial property rights, as per EU Enforcement Directive 48/2004) and cases concerning trade secrets have automatically fallen under the jurisdiction of specialist IP sections of Italian courts.

Hence, specialist judges have been building in the past 10+ years or so a solid experience and case law (in particular in certain local courts) both on the substantial and on the procedural side. As regards the latter, we note that the most peculiar and interesting measure applied by Italian Courts in the field of trade secrets has certainly been that of the descrizione or ‘description’ procedure (sometimes also called Italian ‘discovery’). This is a very powerful evidentiary measure aimed at securing evidence directly from the alleged infringers’ premises through an inspection-like procedure and it is applicable to all violations of IP rights. Specifically, the descrizione serves to pre-establish evidence of the infringement of an IP right and is carried out by a judicial officer (bailiff) assisted by a Court Appointed Technical Expert (Consulente Tecnico d’Ufficio with an Italian acronym commonly referred to as CTU), who access the premises where the infringement has been allegedly carried out. These operations take place also with the participation of the requesting/petitioner party’s lawyers and technical experts to help the bailiff and Court Appointed Expert to identify the possible evidence of infringement.

The descrizione orders have been proving particularly effective (and actually sometimes even excessively intrusive, giving rise to fishing expedition attempts) in trade secrets misappropriation cases. This is because these orders can be granted inaudita altera parte (i.e. ex parte, thereby meaning without any prior notice to the party against which the order is issued). Indeed, courts have been issuing this kind of order ex parte rather often in recent years, because the digitalization of information has rendered much easier to hide the information subtracted and the surprise effect is crucial.

Of course, given the complexity of matters that involve trade secrets (possibly also those the alleged infringer), the issue of confidentiality is taken into great consideration during the course of the whole procedure with judges defining the way in which the inspection ought to be carried out.

Most commonly, in this kind of cases, the Court Appointed Expert and the bailiff will be allowed by the Court access to the PCs, emails and intranet of the alleged infringing parties (including employees) and make forensic copies of those folders and paths that appear to be containing evidence of misappropriated items (often starting from lists of items previously prepared by the requesting/petitioner party and submitted to the judge when the request for a descrizione is filed).

Then the bailiff and the CTU draw up a report in which they describe the contents of the alleged infringer’s servers but without ever allowing the requesting/petitioner party to physically access them.

Then the forensic copies are sealed and filed in court in order to be subsequently evaluated, in a discussion hearing held within the descrizione procedure and eventually in the course of the case on the merits concerning the alleged infringement (at this point always with the full participation also of the alleged infringer).

In this regard it must be observed that dedicated and sometimes rather sophisticated ‘rules of engagement’ are often either imposed by judges or even agreed upon among the parties in trade secrets’ misappropriation proceedings (e.g., ‘black box’ and ‘confidentiality clubs’-alike procedures have been often discussed and recalled by specialised Italian legal practitioners and Judges).

Legislative Decree No. 63/2018: what has actually changed in Italy?

The consequence of this historical Italian legislative heritage is that certain provisions of the Directive did not even need to be implemented in Italy. This is the case of: 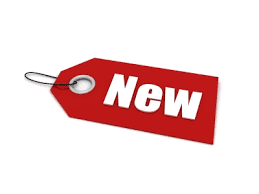 Several provisions of the Directive within Chapter III containing Measures, procedures and remedies, did not need implementation. More specifically:
So, what did the Legislative Decree No. 63/2018, which implemented Trade Secrets Directive in Italy, actually change?

Besides changing the terminology from ‘confidential information’ to ‘trade secrets in each and every provision where the former term was employed, a few new provisions were introduced.

Here are the most relevant ones:
None of these changes seem in reality capable of having any particular effect on pre-existing Italian rules and case-law, with the sole (minor) exception of the change imposed by point (2) above and specifically to violations of non-disclosure agreements or other confidentiality obligations breaches involving trade secrets misappropriation.

This is because the general prescrizione (statute of limitations) to file an action against contractual breaches in Italy is set at 10 years and therefore this term applied also to breaches of agreement related to trade secrets misappropriation. On the contrary, Article 99 now expressly reduces the term to 5 years in relation to trade secrets misappropriation cases deriving from contractual breaches.

So, what if a non-disclosure agreement was violated (and tolerated) for over 5 years when the Legislative Decree came into force? Has the owner of the trade secret lost the chance to do something about it? The answer is obviously no.

Italy was extremely advanced in the protection of trade secrets even before the implementation of the EU Directive, due to a sensitive historical background to the topic. When the law did not expressly specify some concepts, the interpretation of experienced judges filled the gap.

Now, in light of the changes introduced by Legislative Decree No. 63/2018, the standard of protection has been raised even further, arguably making Italy a preferential forum to take action to protect a trade secret. This is also true from a comparative law perspective as, for example, the aforementioned ‘descrizione’ has few comparable measures in Europe and it has been applied to trade secrets in Italy since 2005, being far more incisive and regularly used in relation to trade secrets with respect to other competing measures, e.g. French and Belgian saisie-contrefaçon or German ‘Dusseldorf proceedings’.”
Why was there a need for a Trade Secrets Directive? An Italian perspective

Reviewed by Eleonora Rosati on Friday, January 25, 2019 Rating: 5
The IPKat licenses the use of its blog posts under a Creative Commons Attribution-Non Commercial Licence.