So just how much is the iPhone aspirational?

So what kind of brand is Apple, and more particularly, is the iPhone? The question takes on greater saliency in light of Apple’s announcement 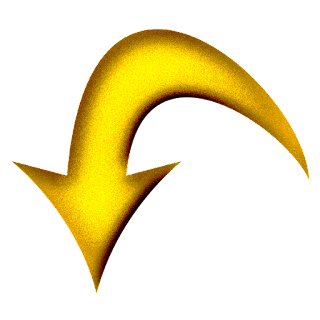 earlier this month that it was lowering its estimate of sales for the last three months of 2018 (to $84 billion dollars). This marked the first time since June 2002 that Apple had to announce a reduction to it its quarterly revenue forecast.

And when we talk about Apple revenue, we mean sales of the iPhone, which accounts for roughly two-thirds of the company’s sales. The major reason given for this decline is the deteriorating economic climate in Greater China (where trade tensions with the US do not help).

Observers, however, mention other factors, including that iPhone owners tend to hold on to their phones longer before upgrading, exacerbated by the company’s program for a discounted battery upgrade (to address claims that the company had been slowing down older models), a stronger U.S. dollar, a decline in carrier subsidiaries, and a slowdown in the smartphone market more generally, here. So, what does all of this say about the iPhone as a brand?

This Kat is not an Apple person (the only Apple product that he owns is an oldish iPod, the better to listen to podcasts while out for his morning workout). Still, a highlight of his tourist visit to Shanghai was the Apple Store on Nanjing Road. He stood transfixed for nearly an hour as he watched the (mostly youngish) customers pass through the store.

Brands are about the personal and emotional attachments that consumers make with the branded products. As for products at this Apple store, there was a passion and electricity in the air, palpable even though this Kat did not understand a word of Chinese. The iPhone was the ultimate brand. But that was 2014, and now is now. What can we say about the brand today?

Consider the observation made by CNN.com (“Tim Cook has a really big iPhone problem”, January 7, 2019), in connection with the current Apple/iPhone challenges, about how the late Steve Jobs viewed the product.

Jobs wanted Apple’s products to scream luxury. If Apple products remained out of reach for some customers, Jobs saw it as a good thing—iPhones became status symbols.

So, on that basis, did the iPhone become a status symbol? Is it still? A useful way to address this question may be via the prism of an “aspirational brand”. Wikipedia describes it as follows:

In consumer marketing, an aspirational brand (or product) means a large segment of its exposure audience wishes to own it, but for economic reasons cannot…..

An important characteristic of an aspirational product is that the part of its exposure audience that is at present economically unable to purchase it, thinks of itself as having a fair probability of at a certain point in the future being able to do so. This part of the exposure audience is referred to as the aspirational audience….

Further, as stated on simplicable.com—

An aspirational brand is a brand that people are more likely to purchase as their income rises. In other words, many potential customers find the brand attractive but are put off by its price. As such, aspirational brands are a symbol of wealth. It is common for brands to seek to maintain this status by charging a premium price and refraining from offering discounts.

Or, as observed by Wikipedia—

As a general rule, an aspirational brand and its products can command a price premium in the marketplace over a commodity brand. 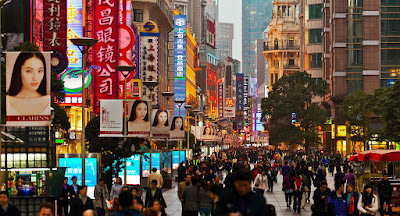 As can be seen, (a high) price is key, giving the producer potentially increased per unit profits and conferring upon the purchaser a sense of social status (after all, everyone around you knows, more or less, the price, since no discounts are permitted).

Ok, this Kat gets that, but the iPhone feels different. At the end of the day, the smartphone is a functional device. Competitors may find it difficult to challenge a luxury fashion or cosmetic product in the face of a still large potential population of status-eager aspirants waiting for the opportunity to buy the product, bank account permitting. But the more that the gap narrows between an aspirational product and competitors at the functionality level, (or perceived so), the easier it may be for a competitor to challenge the aspirational brand.

The iPhone may be the superior product, but such differences may no longer be worth the elevated price. (As well, these days, this Kat less often encounters references to the marketing advantages of the Apple ecosystem across its product lines.) This suggests what Wikipedia calls a "weak aspirational brand," bringing the MP3 player as an example. This risk present in an aspirational brand becoming weak is that the product category may become commoditized, which in turns threatens pricing power. And, at the end of the day, pricing power is ultimately what an aspirational brand is all about.

Against that backdrop, much has been made lately about whether Apple can make its high-end iPhone product price stick. The iPhone X was priced at nearly $1000 (with the iPhone XS Max starting at nearly $1,100). This is several hundred dollars more than iPhone 6, described as the last product in the line to include significant changes before the launch of the iPhone X.

On the one hand, the price increases seemed to have proved themselves, with revenues up even as unit sales numbers were flat. But a well-known champion of Apple, analyst Gene Munster, is quoted as saying—

The price hike did not take. iPhone demand was not as price-elastic as Apple imagined.

This may be especially so in large potential markets, such as India, and indeed in China as well, where, in addition to the specter of a slowing economy, challengers offering (arguably) reasonable functional alternatives are offered at a lower price point.

This is not to say that Apple, still riding the crest of iPhone sales, is going anywhere soon (with $237 billion in cash, it is said that it has 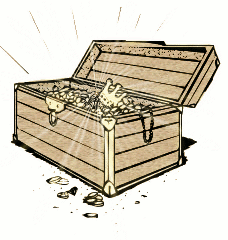 more stashed away than the annual output of medium-sized European countries). But the leveling of product sales, the slowing of the smartphone market generally, and the longer hold-period for current models, all suggest that the unabashed aspirational advantage of the iPhone may be at some potential risk looking forward.

If so, might the company at some point need to confront the challenge of having to reposition the iPhone brand as weak aspirational brand at the top rung of an increasingly commoditized product?

Photo on top right has been released into the public domain by its author, Andrikkos.
Photo on the left by Mgmoscatello and is licensed unde the Creative Commons Attribution-Share Alike 3.0 Unported license.

Photo on lower right has been released into the public domain by its author, The Evil Spartan.

So just how much is the iPhone aspirational?

Reviewed by Neil Wilkof on Tuesday, January 22, 2019 Rating: 5
The IPKat licenses the use of its blog posts under a Creative Commons Attribution-Non Commercial Licence.