InternKats: Sophie Corke, Magdaleen Jooste, and Anastasiia Kyrylenko.
Home copyright Copyright Term Extension Act moral rights Neil Wilkof new editions public domain / January 1, 2019: If you have not thought about the copyright public domain for a while, maybe this is a good time to do so

January 1, 2019: If you have not thought about the copyright public domain for a while, maybe this is a good time to do so

January 1st of any year is replete with numerous substantive and imagined meanings. For the copyright world, however, there can only be one 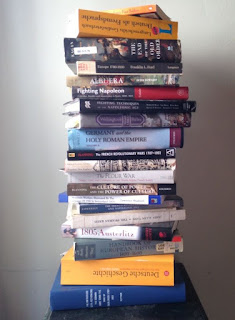 meaning: it signals the end of copyright protection for works whose copyright duration has or is about to expire.

What makes January 1, 2019, particularly interesting is that it marks the first year in which works protected under U.S. copyright law, whose entry into the public domain was stayed for a time under the Copyright Term Extension Act of 1998 (also known as the Sonny Bono Copyright Term Extension Act or, more cynically, the Mickey Mouse Protection Act, since it had the effect of keeping the movie "Steamboat Willie" protected by copyright until 2024), will no longer enjoy that benefit. By virtue of this legislation, works first copyrighted in 1923 or thereafter, which were still protected by copyright in 1998, will enter the public domain in 2019 at the earliest. It did so by extending the term of protection for 20 more years.

Well, January 1, 2019, has now passed and The New York Times, in a December 29, 2018 article ("New Life for Old Classics , as Their Copyright Runs Out") by Alexandra Alter, has taken account of the copyright significance of this date. She notes that such works as "The Prophet" by Khalil Gibran (1,500 copies were originally printed; nine million copies have been sold in North America alone); "Tarzan and the Golden Lion" by Edgar Rice Burroughs; "A Son at the Front" by Edith Wharton; "The Id and the Ego" by Sigmund Freud; "The Inimitable Jeeves" by P.G. Wodehouse; "The Murder on the Link" by Agatha Christie; "Cane" by Jean Toomer (the only book he ever published); "The Prisoner" by Marcel Proust; and "New Hampshire" by Robert Frost (which includes the poem, "Stopping by Woods on a Snowy Evening"), will be entering the public domain. 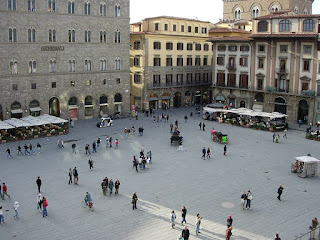 Against the background of the end of copyright for works whose term had been extended by the legislation, the article raises a series of larger issues about the public domain. Let's start with Professor Imke Reimers, who is quoted as saying:

"Consumers and readers are definitely going to benefit from this" [the public domain-nw].

But is it so straightforward? Three aspects are suggested:

1. Price-- Without the need to pay royalties, publication presumably will be cheaper: But to what extent? This Kat recalls hearing a recent report that when Israel removed import duties on various products, most of the savings went to the importers. True, the importers did not pocket 100% of the savings, thereby enabling the end price to still be somewhat lower than it was when the duties were in effect. But, in the main, (some) moneys collected by the state as import duties went into the pockets of the importers (who then presumably pay a portion back in the form of taxes). The customer was only a sideshow.

One wonders to what extent something similar takes place when a copyrighted work enters the public domain. Do the savings from royalties go primarily into the pockets of the reader, or to the publisher? Or do other considerations come into play, which also impact on the public domain pricing of works? Don't get this Kat wrong. He is all in favor of publishers being able to run as profitable a business as possible. The point here is that the public domain may not be a linear, one-for-one cost savings for the reader. Take new editions (immediately below).

2. New editions—Much is made, justifiably, that the public domain enables a variety of news editions of a work to be produced. As Alter observed—

"[o]nce the books enter the public domain, a wider variety of new editions becomes available again, filling in a whole in the public and cultural record."

The upshot is that there will be competition between public domain editions of a single work, with a number of price points, depending upon the nature of the particular edition. For instance, in addition to the availability of an unadorned text-only edition, there may be a deluxe, exclusive edition, with the artwork and book-binding quality to go with it, or an edition that adds an introduction or epilogue. Competition will thus have multiple consequences regarding the pricing of editions in a post-royalty world.

3. Will everybody be happy?—The focus of the debate on this question is over the "integrity" of the work. Alter observed that—

[s]ome publishers and the writers' heirs fear that losing copyright protections will lead to inferior editions with typos and other errors, and to derivative works that damage the integrity of iconic stories.

John Kulka, the editorial director of the Library of America, a nonprofit body that publishes classics of American literature, adds that—

[p]ublishers are right to be concerned about a proliferation of unreliable editions, some of them probably not very good.

enter the public domain in 2022. The great-granddaughter and trustee of Fitzgerald's estate (and musical artist), Blake Hazard, frets that while she—

… hope[s] people maybe will be energized to do something original with the work, but of course the fear is that there will be some degradation of the text.

Perhaps for copyright systems with robust moral rights regimes, these concerns can be addressed under that legal umbrella. For other jurisdictions with thinner moral rights protection, such as the U.S., this legal option may not be so available. From that perspective, is Ms. Hazard's concern about "harm" to the integrity in the public domain work simply part of the grand copyright bargain?

January 1, 2019: If you have not thought about the copyright public domain for a while, maybe this is a good time to do so

Reviewed by Neil Wilkof on Thursday, January 03, 2019 Rating: 5
The IPKat licenses the use of its blog posts under a Creative Commons Attribution-Non Commercial Licence.