Cecilia Sbrolli Thursday, January 31, 2019 - Article 3 InfoSoc Directive, Berne Convention, examination papers, Italian copyright, math, TRIPs, University of London Press Ltd v. University Tutorial Press Ltd
Every year at the end of June, thousands of Italian secondary school students must face the hardest educational challenge ever encountered before: the State Exam (normally referred to as "Esame di Maturità" (Maturity Exam) as it was once called). The Italian Ministry for Education (MIUR) recently published on its website a few exercises as an example of the type of problems that, inter alia, the students of science-oriented schools will be asked to solve this year.

What is interesting about this publication is that, as outlined as an example by Italian newspaper La Repubblica in this article, six out of the eight math and physics problems proposed were literally copied&pasted from a textbook called "Problems in General Physics" by Russian mathematician Igor Irodov (published in 1979 and translated in English in 1981). 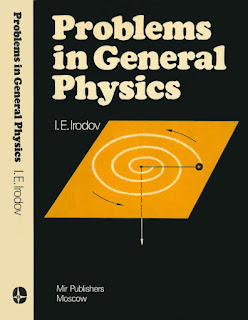 Article 9(2) of TRIPs states that "Copyright protection shall extend to expressions and not to ideas, procedures, methods of operation or mathematical concepts as such."

For example, in the case Baker v. Selden, [101 U.S. 99, 1879)], Justice Bradley explained that the methods or diagrams to explain mathematics, as published by an author, cannot be subject to copyright: the very object of the explanatory diagrams would be frustrated if they could not be then used in practice. The Baker v. Selden case was not concerned specifically with a math problem but with a publication concerning forms demonstrating an accounting principle which were used by another author. It however highlights the basis of the issue under discussion.

Article 2(1) of the Berne Convention provides: that ‘"The expression 'literary and artistic works' shall include every production in the literary … domain, whatever may be the mode or form of its expression …’.

Under Italian law, Article 2 of the law on Copyright (L. 633/1941), provides that, inter alia, literary and scientific works are protected, whether presented in oral or written form.

Could then math exercises be considered as a form of literary work?

In the absence of specific Italian case-law, the mention of the seminal case University of London Press Ltd v. University Tutorial Press Ltd [1916] 2 Ch. 601 (U.K.: High Court) comes in handy: in this case, the claimant, had, with consent, published a collection of exam papers. The defendant had in turn published not only the exam papers but also the answers to the questions and related comments. In his decision, Mr Justice Peterson ruled that the collection of exam papers of the plaintiff was worth defending as, it may be difficult to define literary work as used in the Act, but it seems to be plain that it is not confined to literary work in the sense in which the phrase is applied, for instance, to Meredith’s novels and the writings of Robert Louis Stevenson. 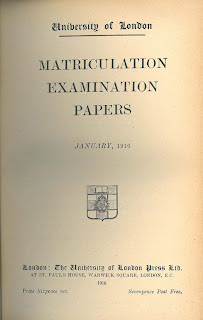 Mr Justice Peterson went on in his analysis in the University of London Press case stating that "originality" is not the originality of the idea but the expression of thought in a medium, which should not be copied from another work. Furthermore, it cannot be argued that having drawn from the "stock of knowledge common to mathematicians" and spending a small time in producing the examination paper questions could be seen as a sign of whether or not copyright exists.

Looking at Italian jurisprudence, in a 1993 decision, the Italian Court of Cassation (Cass. Civ. 11953/1993) ruled that literary works are autonomously protected upon condition that they possess a degree, even if minimum, of creativity, originality and individuality compared to the originating work. It follows that, not only strictly speaking "literary" works will enjoy protection, but also works where data are elaborated and organised in an autonomous and personal way by the author will.

Examination papers can fulfil all of the criteria mentioned above.

Could the publishing by the MIUR of the exercises taken from the book of Mr. Irodov fall under the educational exemption of the InfoSoc Directive (Article 3(a) and Article 70 of the Italian Copyright law?

This Kat's opinion is that it would not: Article 70(3) of the Italian Copyright law requires, in case of use of a literary work for scientific and educational purposes, to mention the title of the work, the name of the author and of the editor. In this case, those requirements were not fulfilled.

Apart from this specific case, in practice, examination papers are often protected by copyright, those published in textbooks for schools or, as an example out of many, the Assessment and Qualifications Alliance ("AQA") in the UK disclaims that their examination papers are copyright to AQA and therefore do not belong to the public domain.

As algorithms in computer programming are essentially procedures for the computer to solve a problem and enjoy copyright protection, why would not math problems published in a book?

Reviewed by Cecilia Sbrolli on Thursday, January 31, 2019 Rating: 5
The IPKat licenses the use of its blog posts under a Creative Commons Attribution-Non Commercial Licence.