In memoriam Walter Chandoha, the man who revolutionized the photography of cats (and announcing an IPKat call for pictures)

As reported by The New York Times (obituary of January 17th by Richard Sandomir), anyone who has an affection for felines, such as the 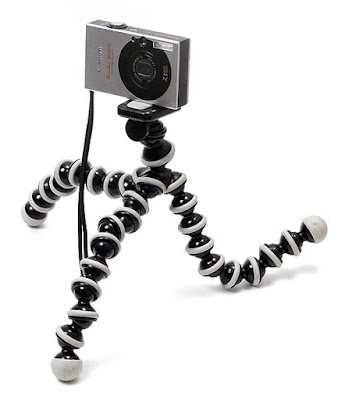 IPKat, lost one of its most prominent chroniclers, when Walter Chandoha passed away on January 11th at the age of 98. In the words of Carey Dunne, in a 2016 article for Hyperallergic.com—

Once upon a time, though, there was but One Cat Photographer to Rule Them All. His name was Walter Chandoha.

His passing away gives the IPKat pause to recall his accomplishments and how they go to the heart of photographs as a special type of artistic work in the world of copyright. First, some numbers. Dunne recites a study that, in Britain alone, more than 3.8 million photos and clips are shared each day, twice as many as dogs (and selfies). Cats may be among the most venerated objects of picture-taking in our social-media times.

But Chandoha was not of that world. He worked in an earlier time, as a professional photographer with his main interest being cats, so much so that his output is reported to have exceeded 90,000 photos of cats.

It began with pictures of a cat that he called Loco, perhaps the best known of which captures Loco playing with its own image before a mirror. Loco was a stray cat that Chandoha found in the snow (recalling how Dewey, the library cat at the center of the “Dewey Readmore” series [Merpel says: If you have not read about Dewey, do so right after you finish the blog post] was found by library staff in the drop box in the heart of a cold Iowa winter night).

If Richard Avedon was the photographer par excellence of portrait photography, especially of the fashion world, Chandoha was the same for cats (if you could get the cat to cooperate). Indeed, it was for Chandoha’s wife, Maria Chandoha, as the handler, to take on the task of preparing the cat(s) for the picture. As described in The New York Times obituary—

…they needed cajoling to stay in place long enough to be captured sitting atop a pile of pillows, playing with a ball of yarn, staring plaintively into the lens, or appearing to chuckle or snarl.

This could take minutes or hours. Together with artistic patience, the key for Chandoha, in his own words, was that “[t]he eye contact has to be just right.” Given this challenge and the uncertainty, one might argue that photographing a supermodel is child's play by comparison. The result was a distinct Chandoha style, described by Dunne, quoting David La Spina and Brittainy Hudak, from the introduction to the book, “Walter Chandoha: The Cat Photographer”—

[The photographs] bear examination not only for their singular charm, but also for the way Chandoha established a vocabulary of the studio animal portrait with his signature look, utilizing clean, brightly colored backdrops and high-key ‘glamour’ backlighting of his tiny, fuzzy subjects.

Chandoha’s output was reproduced in numerous media, from magazines to art books to greeting cards to advertisements (among them the iconic ads for “Puss ‘n Boots” cat food) and product packaging, including for brassieres. This Kat wagers that many Kat readers have encountered a Chandoha photograph at some point.

Considering Chandoha’s work takes this Kat back to the debate that has occupied the copyright world since the invention of the camera: to what extent should a photograph be given copyright protection. What has troubled copyright purists is that a photograph is created in part by use of a device capturing an existing object rather than the result of an artist applying the pigments on his or her palette to the canvass (although the technology of pigments has been a field of discovery and invention for thousands of years).

The compromise reached has been to confer copyright protection to photographs on the basis that the photographer has made artistic decisions about subject, lighting, angles, spacing, location and the like. Especially in his studio work, Chandoha demonstrated the lofty potential for the photograph with respect to that most feisty of animals, the cat. That said, this Kat has one further thought. Should Maria Chandoha be considered a co-author of those photographs for which her handling was essential in enabling her husband to take the photograph? Or does all of the originality rest in his decision under what conditions to take the specific picture?

And now for a IPKat call for photos from Kat readers

There was only one Walter Chandoha. But IPKat believes that there are Kat readers who have had the pleasure of taking a photograph of their cat, which they would like to share.

And so…Kat readers are invited to submit as an attachment to IPKat (theipkat@gmail.com) (subject line—- "Katpics”) their favorite cat photograph, together with an appropriate (aka witty) caption. As well, for more industrious Kat readers, you are invited to submit to the IPKat a full-fledged, Kat-reader created photo meme. The sender in either case should state in the email that he or she has full rights in the picture and is happy for the picture to be shared on IPKat and related social media.

IPKat will select the most appealing submissions and share them with Kat readers.

So let’s start with this Kat’s own feline friend--Carmen. 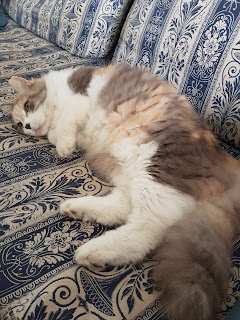 They don't call me "Carmen" for nothing
By Neil Wilkof

Picture on upper right has been released to the public domain by its author, Evan-Amos.

Picture at the middle bottom is by this Kat.

More on the namesake Carmen here.

In memoriam Walter Chandoha, the man who revolutionized the photography of cats (and announcing an IPKat call for pictures)

Reviewed by Neil Wilkof on Sunday, January 27, 2019 Rating: 5
The IPKat licenses the use of its blog posts under a Creative Commons Attribution-Non Commercial Licence.