The CNY 260 million fine on QVOD is final! 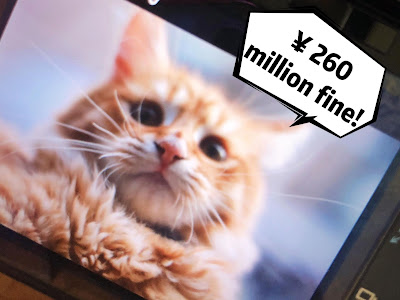 In 2007, QVOD began operating in a room in Shenzhen that was less than ten square metres in size. By 2011, it had become the market leader in the video industry, which is a highly competitive sector. In September 2012, the number of QVOD users hit 300 million. By 2014, they had increased to 500 million.

Essentially, QVOD is a peer-to-peer video streaming and sharing platform. It is similar to BitTorrent in that it works through the basic principle according to which the more ‘seeds’/peers, the faster the download speed. Besides basic file transfers, QVOD also provides video playback services, such as the ability to share files whilst watching them.

It is arguable that 2013 was the turning point for QVOD. That year, the company was reported for suspected video piracy approximately 100 times. Notably, in November 2013, a coalition of China’s biggest online video providers, such as Tencent, Youku Tudou and Sohu, sued QVOD for unauthorised video sharing activities. QVOD lost several lawsuits, including the one in 2013 which also ‘won’ the first place in the list of ‘top 10 crackdowns on online piracy in 2013’ announced by the National Copyright Administration of China (NCAC).

In 2014, Tencent filed a complaint to the Market Supervision Administration of Shenzhen Municipality (MSA), claiming that QVOD had committed copyright infringement with regard to 24 of Tencent’s videos. The 24 videos, including China’s Got Talent and Beijing Love Story, were all highly popular. Tencent, as the exclusive licensee, owned the rights of dissemination via information networks.

On 26th June 2014, after investigations, the MSA decided that administrative punishment was necessary. It ordered QVOD to stop the infringements immediately and to pay a fine of CNY 260.148 million (equivalent to three times QVOD’s illegal turnover).

Dissatisfied with the decision, QVOD applied to the Copyright Bureau of Guangdong Province for an administrative review, only to receive an unfavourable decision. QVOD then filed an administrative lawsuit with the Shenzhen Intermediate People’s Court and, later on, to the High People’s Court of Guangdong Province, requesting a review of the MSA’s decision. Both courts affirmed the MSA’s decision.

QVOD referred to the safe-harbour principle as its main defence. It claimed that there had been no intent to infringe copyright law and that QVOD did not provide any direct services of video-searching or downloading: ‘The technology itself is neutral, therefore there is no infringement whatsoever.’

However, its ‘neutral technology’ is merely part of the story. Evidence shows that QVOD knowingly and actively redirected users to third-party websites where unauthorised videos were viewed. Moreover, QVOD assisted the copyright infringement by disguising the third-party websites as larger, well-known websites, such as Baidu or Youku. What is worse is that, after receiving the order of rectification from NCAC, alongside several cease and desist letters from Tencent, QVOD still neglected to delete the infringing links to the 24 videos. This behaviour infringed the civil rights of Tencent, and also disrupted order in the online video market and impacted negatively on public interest. In this regard, the MSA was right in issuing administrative fines on QVOD because this was aware of its copyright infringements and had continued to commit them.

How was the fine calculated?

Article 36 of Regulations for the Implementation of the Copyright Law of China reads as follows:

However, the Regulations do not define what constituted the ‘illegal turnover’. As Shenzhen is one of the special economic zones in China, a more specific local decree can be applied, namely Some Provisions of Shenzhen Special Economic Zone on Strengthening the Work of Intellectual Property Protection (深圳经济特区加强知识产权保护工作若干规定, the ‘Shenzhen Provisions’). As stipulated by Article 90 of the Legislation Law of China:

With regard to the illegal turnover, the Shenzhen Provision states that: ‘The value of infringing products sold shall be calculated at the actual sales price… If no price is marked on the infringing products or the actual sales price cannot be ascertained, the said value shall be calculated at the mean market price of the product under infringement (emphasis added)’. As neither the illegal profit nor the actual sales price of the videos on QVOD could be determined, the MSA made its calculation based on the mean market price of the works’ licensing fees, i.e. CNY 86.716 million. And between one to five times of fines, the MSA took multiple factors into consideration, including QVOD’s degree of subjective fault, the specific circumstances and the consequences of the infringements. It eventually determined the fine should be three times the illegal earnings that QVOD made using material of Tencent.

This landmark case clearly shows the powerful effect of China’s IPR enforcement and acts as a strong deterrent against infringers. However, it also brings to light a variety of concerns.

First, is it reasonable to base the illegal turnover on the mean market price? The prices, in particular video material, could be significantly affected by the lifecycle of the works and by variation in local economy. It may be better to request a professional evaluation agency to calculate the fee; this might turn to be more accurate than the administrative authorities which take a very general approach.

Second, when compared to judicature, administrative enforcement lacks independence. The QVOD case was handled in Shenzhen, where IPR had been actively and effectively protected by the local government. Despite the merits the administrative enforcement may have, its congenital deficiency cannot be fundamentally changed. In this regard, preventing administrative power from excessive expansion seems to be an equally important task. Furthermore, considering that staff expertise may differ, for instance from region to region, this Kat does hope the deterrent that this case provides could be applied with care in the future.

Reviewed by Tian Lu on Thursday, January 24, 2019 Rating: 5
The IPKat licenses the use of its blog posts under a Creative Commons Attribution-Non Commercial Licence.