Registration was sought for goods in Class 33 (Alcoholic beverages except beers) of the Nice Classification.

The EUIPO examiner refused registration due to lack of distinctiveness of the sign applied for (Article 7(1)(b) of the EU Trade Mark Regulation (EUTMR)). In particular, it was considered that the average consumer would not be used to presume the origin of the goods based on the form of their container. The examiner found that, although the sign applied for is a figurative mark, it corresponds to the representation of the product itself and the case law on 3D signs is therefore applicable. In the case at hand, none of the relevant elements of the sign (the shape of the bottle, its green colour, the bright red label in a typical form of a wax seal, the label with ornaments consisting of a badge of an ancient noble family, and awards) were considered as significantly departing from the industry standards.

Bacardi appealed on the basis that the principles of equal treatment and sound administration had been disregarded in the contested decision. In particular, the Office in the past accepted registration of several 3D signs with equivalent characteristics (i.e. with no name or with letters barely intelligible).

Furthermore, the purchase of alcoholic beverages requires a level of attention that goes beyond the average one because consumers usually observe small details in the appearance of bottles. The faint green colour, a bright-red seal and a white label with distinguishing ornaments have been found to be distinctive enough in other applications. Moreover, the combination of all these elements has a greater distinctiveness that the sum of its parts.

The key issue for the Board was whether the various elements depicted on the Bacardi bottle would be distinctive in their graphic appearance, at least in their combination.

Signs devoid of distinctive character are those incapable of identifying specifically the origin of the goods covered and enabling the consumer who acquired them to repeat the experience, if it proves to be positive, or to avoid, it if it proves to be negative.

According to the Board, the relevant consumers will be able to repeat or avoid the experience of purchasing the goods solely on the basis of the particular combination of these different elements of which Bacardi’s mark is composed.

The Board first set out that the criteria for assessing the distinctive character of figurative marks consisting of the appearance of the product or its packaging are no different from those applicable to other categories of trade marks. The more closely a shape for which registration is sought resembles the shape most likely to be taken by the product or its packaging in question, the greater the likelihood of the shape being devoid of any distinctive character for the purposes of Article 7(1)(b) EUTMR. 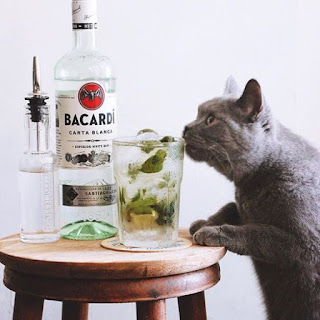 However, the present application is not limited to the representation of what is the normal packaging of beverages (alcoholic or not). Importantly, Bacardi did not argue that the shape of the bottle as such is distinctive. Rather, the graphic representation shows a bottle with several graphic elements. These elements are not tantamount to the typical appearance of a bottle. As such, the decisive question is whether the various elements depicted on that bottle are distinctive in their graphic appearance, if only in their combination. This must be understood in light of the general purpose of a trade mark, which is to identify goods from one undertaking to those of its competitors.

The Board maintained that, even if there are various containers of alcoholic beverages having the form of a transparent bottle, contain red wax seals, ornaments such as badges from ancient noble families, and awards, all this does not mean that the combination of all the elements could not serve in the marketplace to distinguish goods of a certain undertaking from those of its competitors.

Neither can the colour scheme and different elements of the sign on the Bacardi bottle be considered as purely ‘decorative’. The term ‘decorative’ is misconceived when applied to everything that has an appeal to the eye. A ‘decorative’ product or element ‘decorates’, embellishes (e.g. the term ‘decorations for Christmas trees’ in Class 28). As to the colour scheme, it will not be perceived as a purely aesthetic ‘decoration’ of the claimed goods but as corresponding to various elements that appear on the bottle in a particular position and configuration.

As regards the circular figure, the Board reasoned that a coloured circle is in itself not distinctive (T-220/15, WE CARE). However, the overall appearance of the mark goes beyond a mere red circular device and incorporates a series of other, albeit non-distinctive per se, elements. Those confer at least a low degree of distinctiveness to the mark, taken together.

In light of the foregoing, Board concluded that the sign applied for does not fall victim of the ground for refusal contained in Article 7(1)(b) EUTMR and it corresponds to a combination of various elements that, seen in conjunction, are more than the mere sum of its parts.
EUIPO Fourth Board of Appeal allows registration of Bacardi bottle as an EUTM

Reviewed by Nedim Malovic on Sunday, January 06, 2019 Rating: 5
The IPKat licenses the use of its blog posts under a Creative Commons Attribution-Non Commercial Licence.